The main part of ursine mating season has come to a close. I usually still see a pair of bears together a few times for the rest of the summer but the frenzy of the season has passed.

This is the time of year when some younger bears dare to visit the marking trees that were decimated by the dances of the huge bears during the mating season. The younger bears have some funny notions of what they're supposed to do at marking trees.

This blond guy is my favorite younger bear. He's probably 2 or 3 years old - and definitely not mature enough to participate in mating season. He visited a marking tree and sniffed intensely. I aimed this camera so that the heads of the biggest bears would barely stay in the frame while they marked the tree. Look how tiny this cute little guy is! 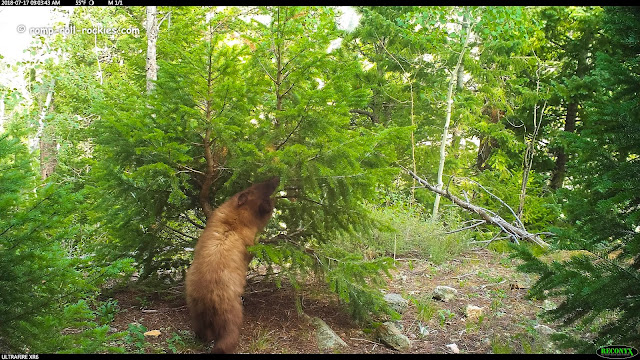 After he finished sniffing, he showed off his bipedal skills. 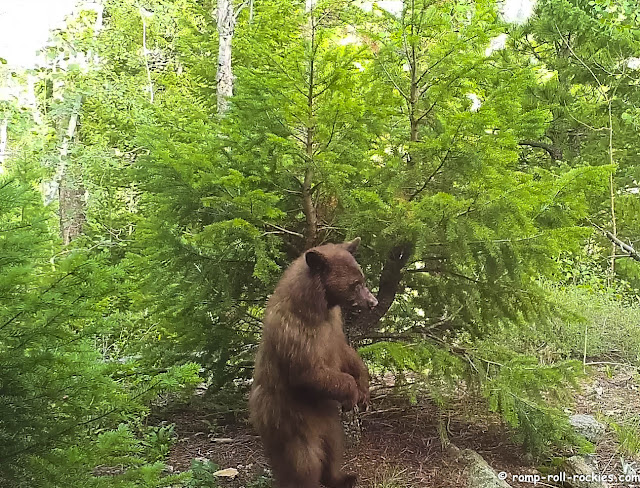 He stayed bipedal for a little while! I know that he's a wild bear but that doesn't stop me from thinking that he's incredibly cute! 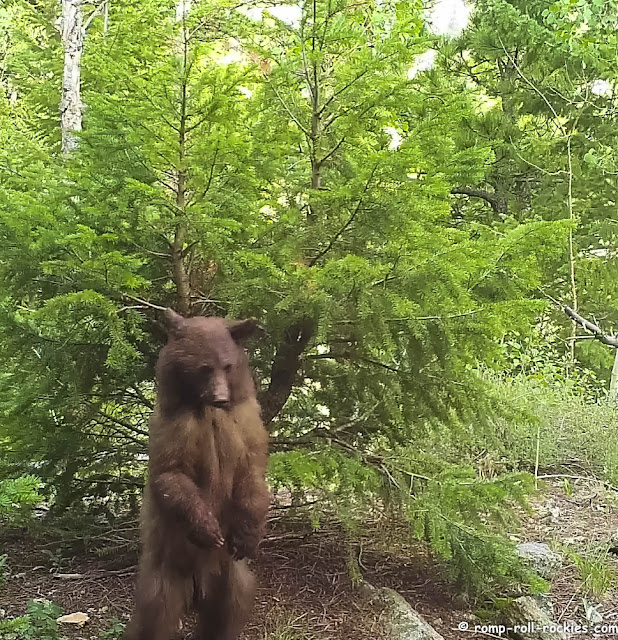 There was a cub in the area last year with similar coloring so perhaps this is a yearling.

Another bear visited a clearing that is usually the site of a wonderful pool where bears bathe. Alas, this year, the pool is dry. But, this bear found another thing to do in the clearing - mark an aspen tree (I've now reoriented the camera to have the tree closer to the middle). The funny part was that this bear let out a huge yawn in the midst of marking. I laughed out loud! 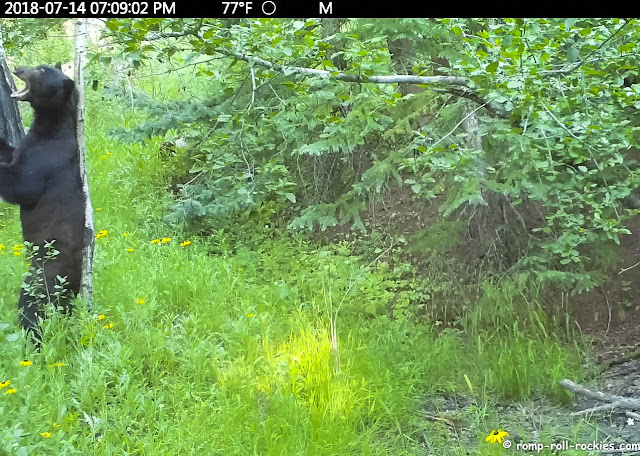 A youngish bear visited the leaning tree that so many bears marked during mating season. He sniffed... 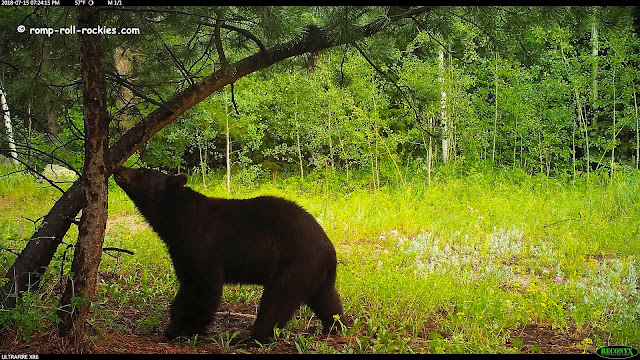 And then he started a unique dance! 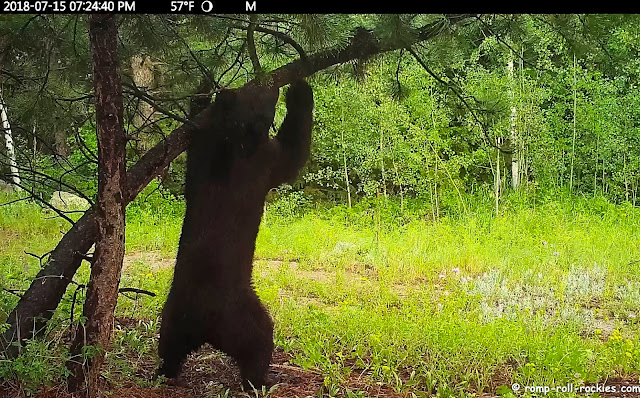 I hope that you enjoy the video of these bears' "dances" at trees. I have been amused by them recently!