A mating pair of mountain lions relaxes together

I had this post almost ready to publish before my dad's heart attack. So, I wanted to share it now. Thank you so much for all of your well wishes for him. He's getting stronger each day.

Last week, one of my trail cameras recorded remarkable footage of a pair of adult mountain lions together. I've had trail cameras in mountain lion territory for almost a decade, and I've never seen this kind of footage before now.

They almost certainly are a mating pair because one behaved like a male, vigorously marking the spot where lions always mark near this camera. The second lion to arrive was less bulky and did not mark the ground at all.

Here was the arrival of the male, near noon, not too far from a trail occasionally used by humans. He sniffed the spot where all the male lions mark by scraping the dirt with their hind paws and then urinating. With all the marking activity this year, there's a big mound of pine needles in the marking spot. 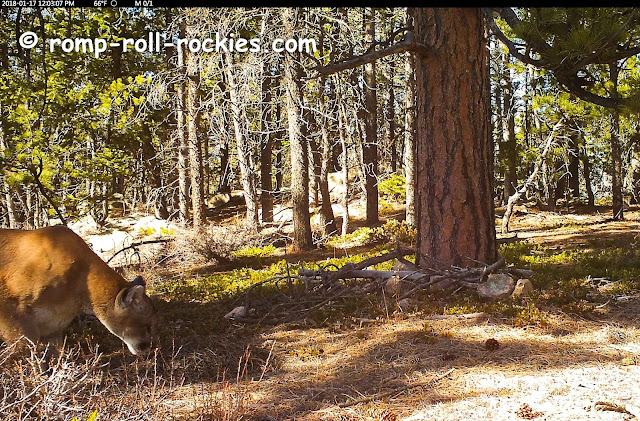 Soon after arriving, he got down to the business of marking. I've read that females almost never mark this way. 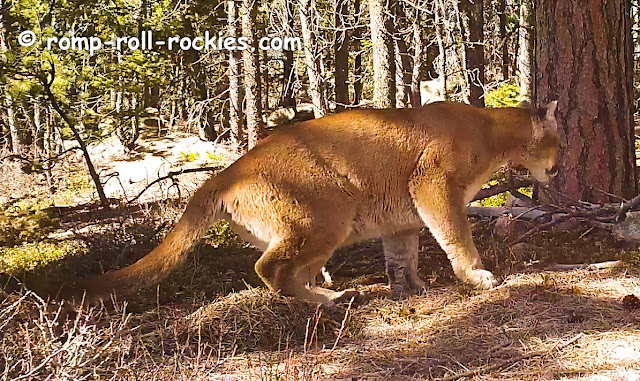 Then, he turned to look in the direction of his mate who was approaching. 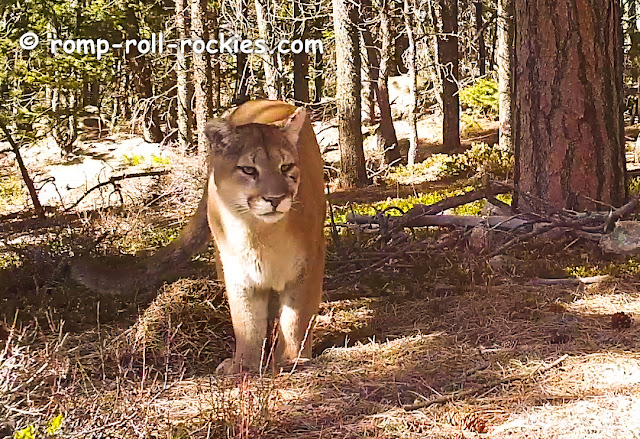 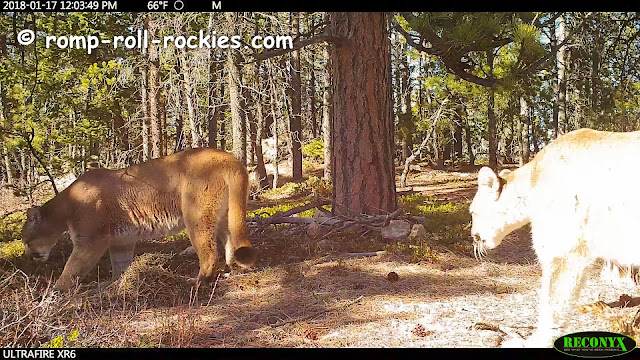 ... and she sniffed the marking spot. 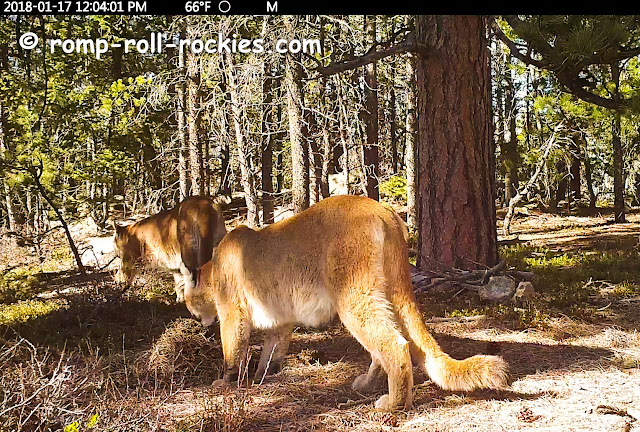 They walked together toward the edge of the small clearing, and they looked in the direction of the human trail. I wonder if someone was passing by. You can see the pile of pine needles where the lions have been relentlessly marking in the foreground. 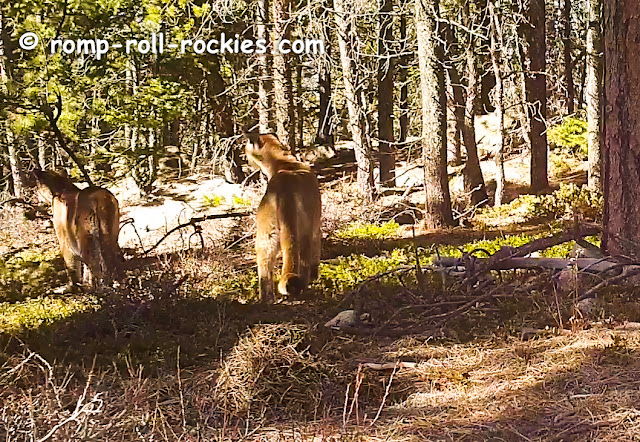 Then, the male walked out of view of the camera, and the female lay down for a 20 minute nap! The trail camera turned itself off as she lay down. Then, she didn't move for 20 minutes so the camera didn't trigger (it is motion-activated) and recorded nothing. When she awakened, she moved a little, and the trail cam resumed recording. She's lying on her back, and you can see her left front paw in the air in the next photo. 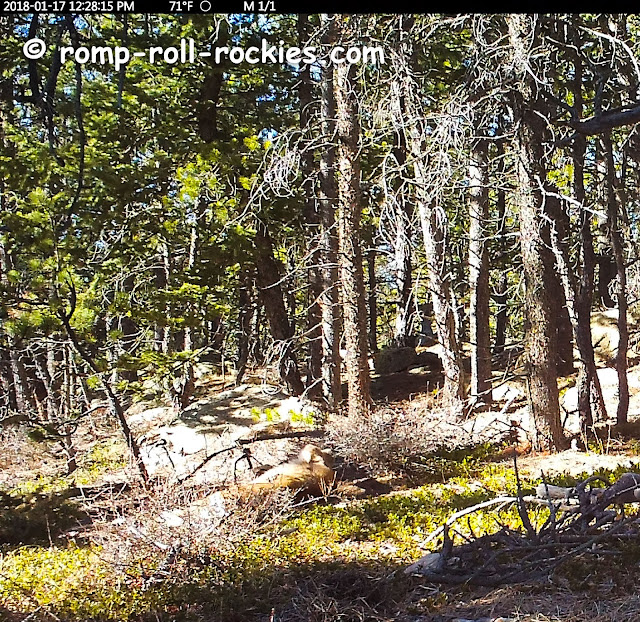 When she truly woke up, she looked around for the male and then she vocalized!!!!! I cannot believe that we have a recording of her calling. It's a high pitched chirping noise. It is not the noise that you'd expect such a large animal to make!

In the video, she makes three chirping calls, starting at time 2:51 in the video. Then, as she departed, she stretched, like a "downward dog" in yoga.

I hope that you enjoy this video as much as I did! It's available here or at Youtube.

If you enjoy my videos, I'd be very grateful if you'd click on the Youtube link for this video and hit the big red button that says "subscribe" just below the video.  Your subscription will help my channel keep perks that only highly subscribed channels get. Thank you to all of you who have already subscribed!
Posted by KB at 4:00 AM