Last week, I lucked out. I had just scouted for a spot to put a trail camera. I chose a spot where multiple scrapes were left by a bobcat in the pine duff. Often, multiple carnivore species all mark in the same places so I didn't know what animals might mark there.

Within days, a mountain lion killed an elk extremely close to that spot. The lion chose the spot in front of my trail camera as his marking and toilet spot. Here he was on the first morning when he'd killed the elk within hours before. Note the blood on his chest. 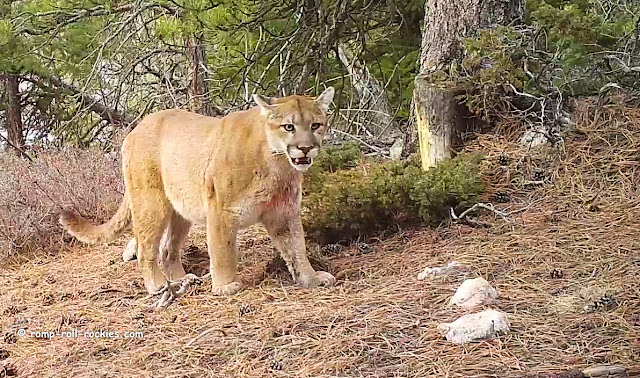 He ended up choosing this as his touchstone spot that he passed as he approached and departed the elk carcass. 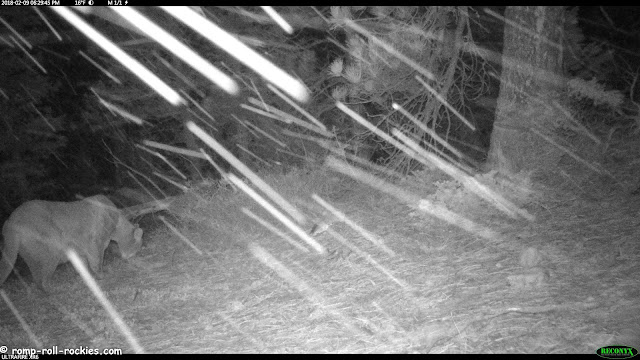 In the video, you'll see that he often dug up a spot with his hind paws. Sometimes he did that to make a depression for his scat. Then, he'd spend at least a minute covering up his scat using his front paws to move pine needles and snow over it. It seems so odd that the biggest predator in our forest covers his scat so meticulously, as if he's hiding it. 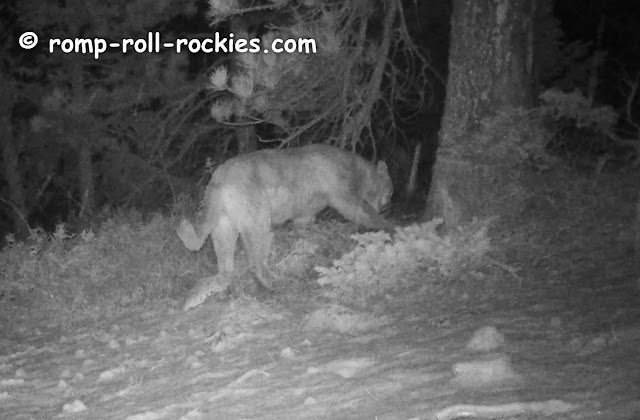 I felt so lucky to get such amazing views of this secretive carnivore. Here he was returning to his feast one afternoon. Lions eat their prey at night, and then they sleep all day. Usually, they sleep some distance from the carcass. This guy seemed to be sleeping during the day about 3/4 mile away (I had a cam there too - this lion was really cooperating with me!). The footage was in last week's video although I didn't yet know why a lion kept walking past the cam! 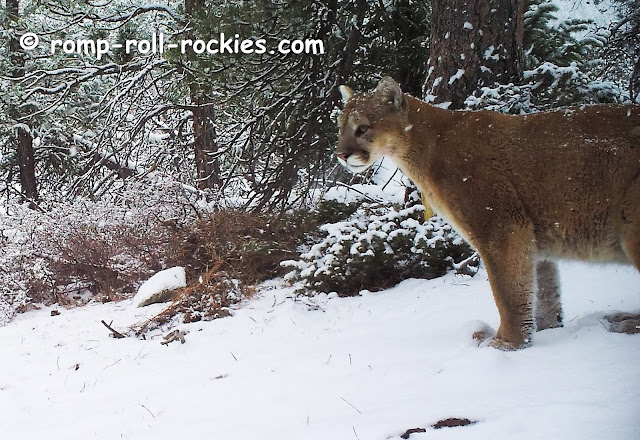 He spent a total of 4 days decimating the carcass. I found the carcass just after he'd departed for the last time. I didn't know that he'd given up on it so I set up cams pointed at the carcass. Alas, the lion had sated his appetite and moved on. Red foxes finished the meal.

Here's a video of the lion's activities at this touchstone spot where he marked vigorously.