I've got to admit it. I've been staring at a blank screen with no post written for a while. The reason is that this knee pain has pushed me over the edge. My spine always hurts... but the knee is like the straw that broke the camel's back. I'll be getting an MRI early next week. At least that will tell me why my knee hurts so much and is disfigured with swelling. Fixing it will be another task altogether.

I had the Labraduo today, both halves! Normally, that's cause for happiness. And I was happy while we were out together on the trails. I just can't muster happiness right now with the backdrop of pain that I'm feeling.

Here's the Duo! R looks as carefree and joyful as ever! Shyla tried to be funny by sticking out her tongue. 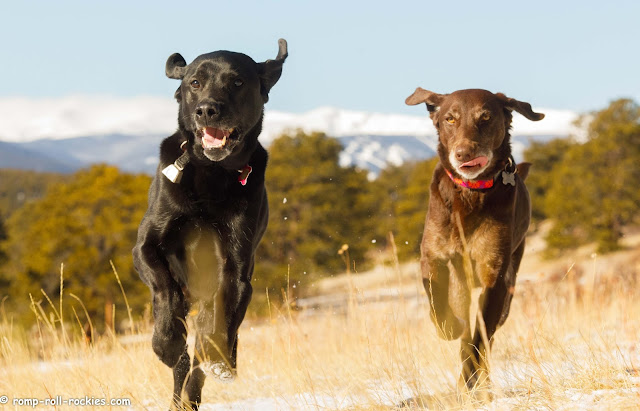 Happy Saturday! I'm going to muster some happiness, have no doubt.
Posted by KB at 4:00 AM