We recently ran into the evil woman who hit Shyla last year on the trails. I've feared that she would hit Shyla again given her proclivity for hitting dogs, despite the negative consequences the first time.

Alas, there was no need for me to worry. Shyla crawled away and hid behind a tree before most people would even notice that I had a dog with me. She remembered the woman far better than I did. It took me a few moments to recollect who she was. I think that I have subconsciously wiped her face out of my memory bank.

Hiding behind trees or boulders is a classic Shyla move. She used to do it at least once on every outing when she was scared. Now, it's far less frequent because so many of my neighbors have made big efforts to help with Shyla's fears. 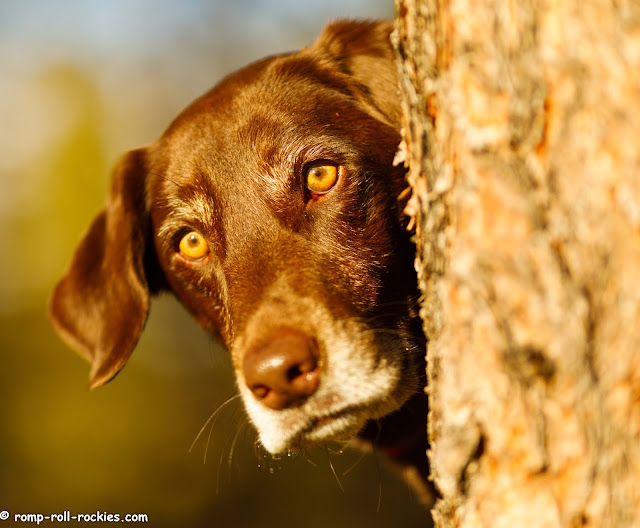 When we saw the evil person the other day, I could barely speak because the rage bubbled up in me so fast. I was not surprised by how angry I felt inside. The place where the "hit" occurred is one of my favorite places on earth, Hug Hill. Since being hit there, Shyla never fully relaxes when we visit that spot. That hurts my heart.

After that unpleasant encounter, I wanted to cheer up Shyla so we played some treat games. Those games make us both smile! This one was a successful snarf. 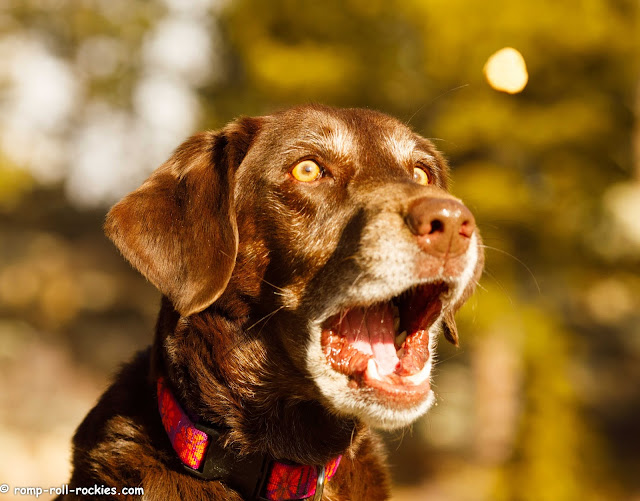 This one was not, as I'm sure that you can tell by Shyla's eyes. 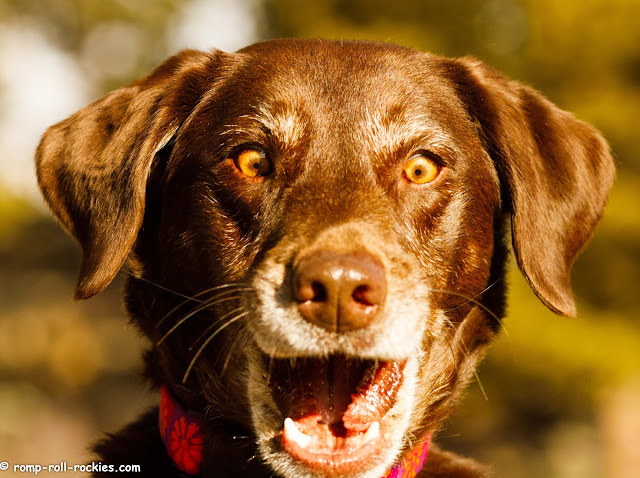 So, we ended our bike ride with smiles. Sometimes, that's all that I can ask for.
Posted by KB at 4:00 AM