Our black dog has enjoyed a healthy streak, and we've enjoyed it too. You might remember that he had a cancer scare recently but a bunch of tests showed the tumors to be (probably) benign. His happiness and high energy were a big reason why we felt fairly confident that he was healthy even before the vets said the same thing. 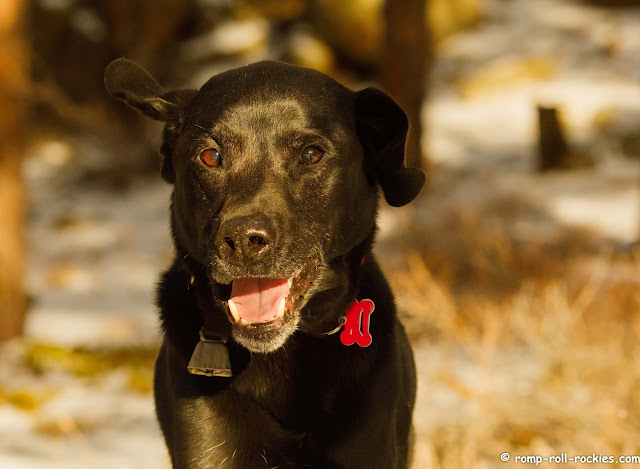 On occasion, I get to have both halves of the Labraduo join me on a bike ride. They are an absolutely wild pair because they love to play while sprinting at top speed in circles around my bike. I usually stop to enforce some calmness fairly early in the ride. 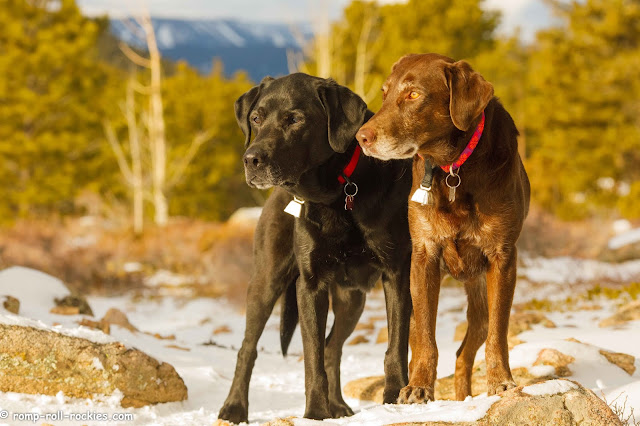 We practice recalls, which turn into highly competitive races. Shyla is the faster dog but R's competitive spirit tends to scare her a tiny bit so she hangs back in the races. 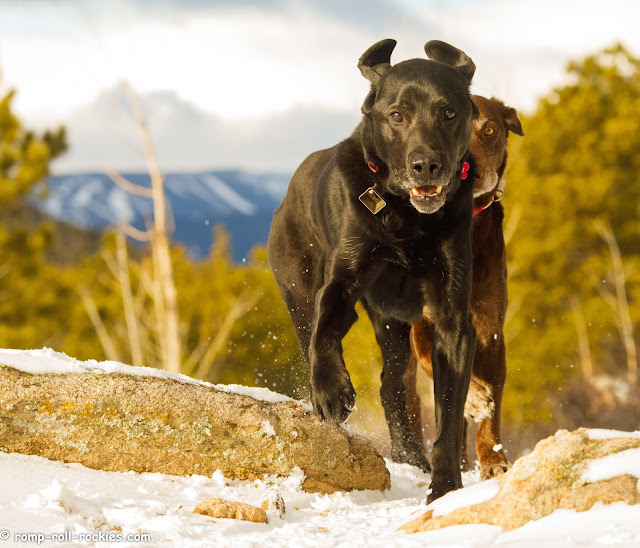 After R gets one step on Shyla, he cuts in front of her to make sure that she can't win. 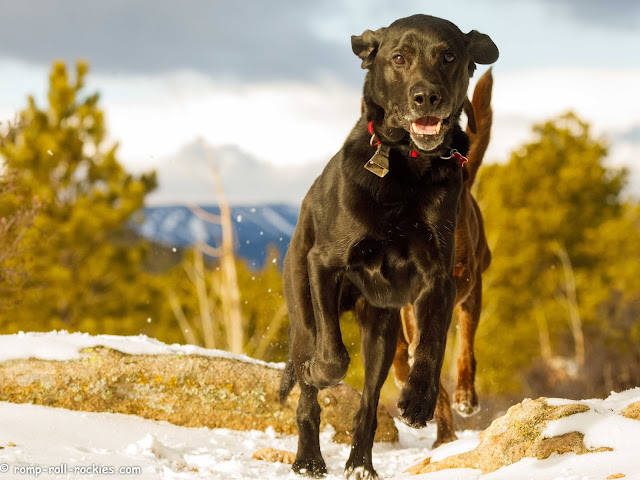 Although I wish that Shyla wasn't scared by R's intensity, it is cool to note that he couldn't muster the speed to beat her in a recall race prior to his elbow surgery more than 1.5 years ago. With his "new elbow", he is definitely faster! How great is that?

I tried an experiment to see if I could infuse Shyla with confidence. I gave Shyla a head start of a couple of strides, hoping that she'd find the confidence to win. It didn't really work. You can see that she started out ahead but her ears were back and her face was worried as if she was focused on what R was doing. 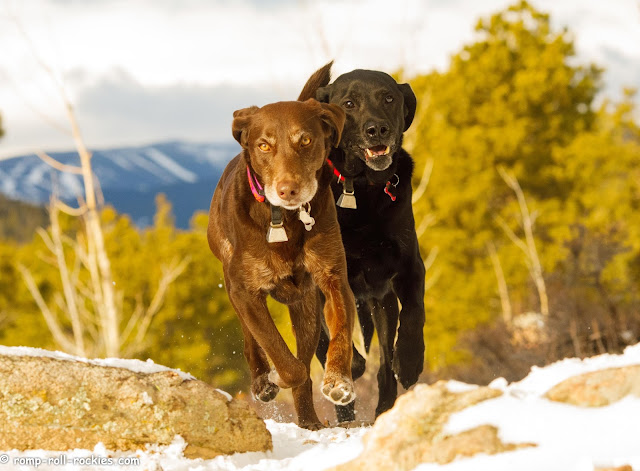 Not surprisingly, R found a way to come around her by leaping a rock to her side. Note how Shyla stuck her tongue out at that moment. 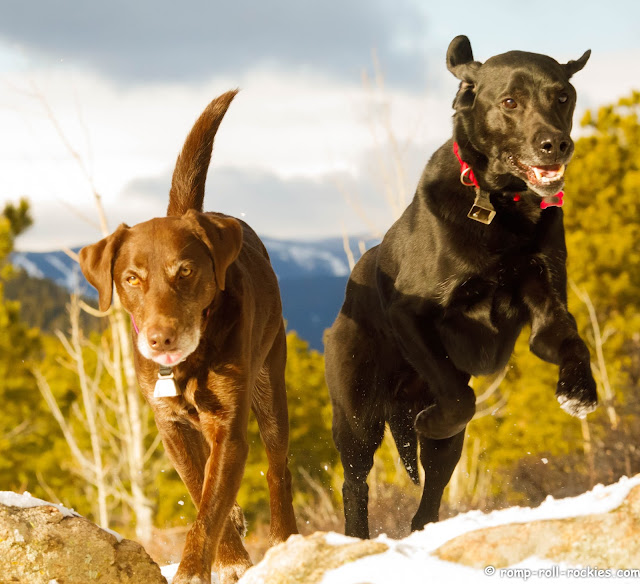 R is a unique spirit. A lot of people wouldn't be able to handle his over-the-top exuberance and intensity. We were told that he was rejected as a competitive field Lab because of a lack of intensity. That story makes us chuckle as we imagine the personalities of the dogs who were *more intense* than R! I often feel as if he may explode with excitement over the smallest fun things. 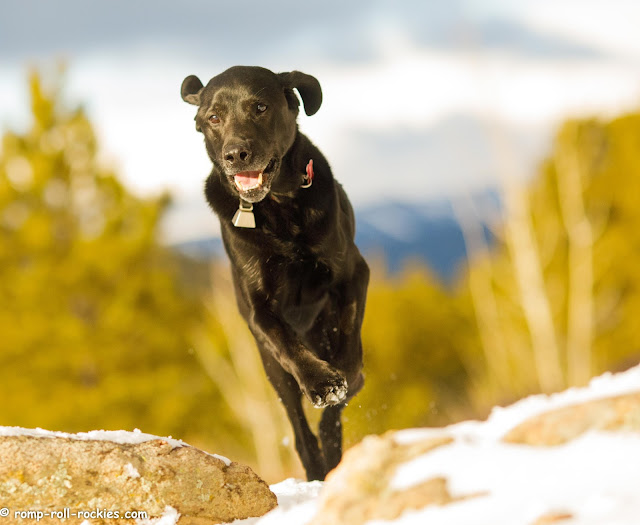 I hope that I have another day on the trails with R soon!
Posted by KB at 4:00 AM