Thankful Thursday - What a Wonderful World

For me, "place" is key to my happiness. When I first visited the Colorado mountains years and years ago, I knew that it was where I belonged. I am so grateful that we found a way to set down roots here.

As an example of a "normal" but actually very special day, I started one day in late September with a mountain bike ride with Shyla. The sky was blue, the leaves were golden, the sun was warm, and I was with my best biking buddy. We had endless miles of trails outside our back door. 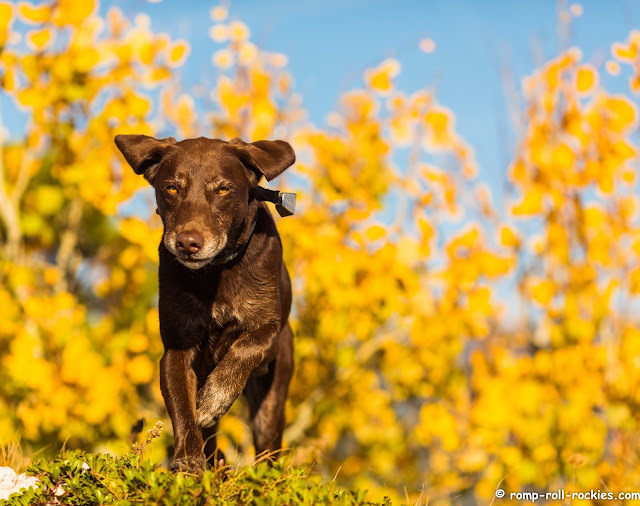 On this day, we didn't come home and rest after our ride. Rather, we headed to where we could watch the annual ritual of the elk rut. It turned out to be a stupendous day of viewing.

In the fall, the biggest bull elk gather harems of cow elk and their calves. The bull elk defends his harem against all other bull elk by bugling, patrolling, chasing, and occasionally even having an antler sparring fight.

On this day, we found a lot of elk rut activity very fast. In a small meadow, about five fairly big bull elk had gathered. One had a harem. The others were trying to steal a cow elk or even just spend a few minutes with her so that their DNA would help make a calf.

Here is the bull elk who was herding his harem away from the interlopers. 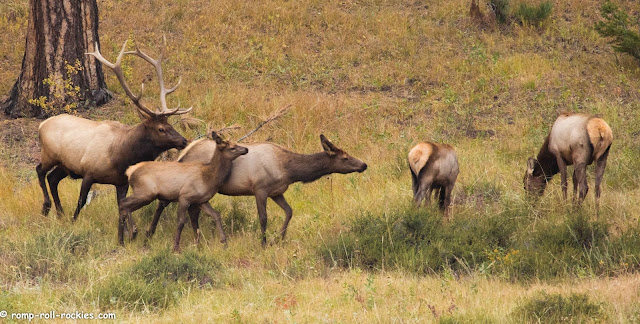 He was constantly trying to keep them in a tight group and away from the other bulls.

He obviously had established his physical superiority because he needed only to posture to keep the other bulls away. He never actually fought or even truly chased a competitor. Part of his posturing was driving his antlers into the grass while facing toward the other bulls.

He ended up with a grass hat! It seemed hard to believe that the other bulls would respect a guy wearing a hat like that! 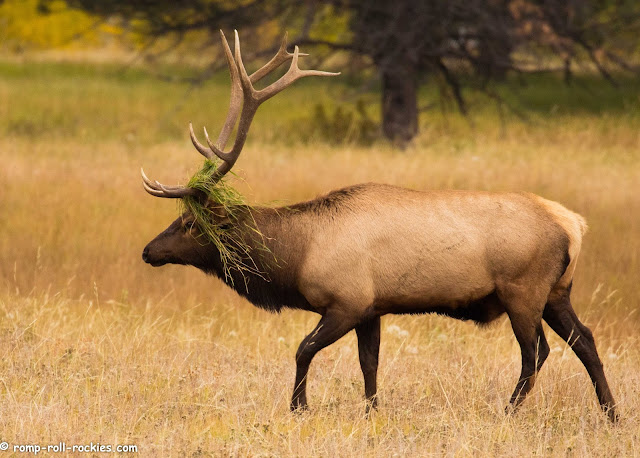 He bugled and protected his harem while wearing the silly hat. We dubbed him "Grass Head". I guess that name could have other meanings here in Colorado where a certain kind of "grass" is now legal. 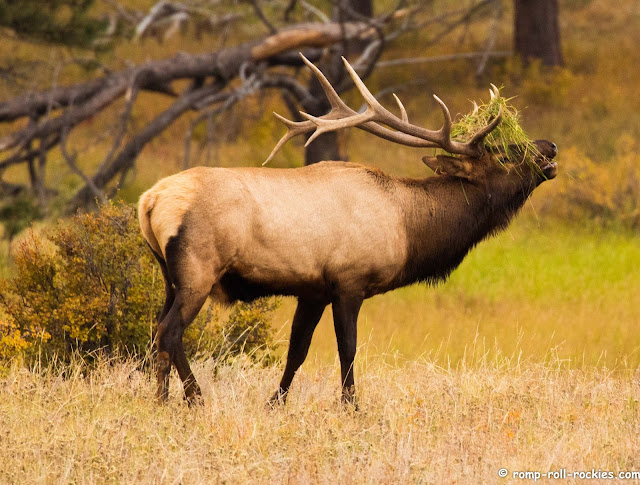 He was a source of tremendous amusement to us. 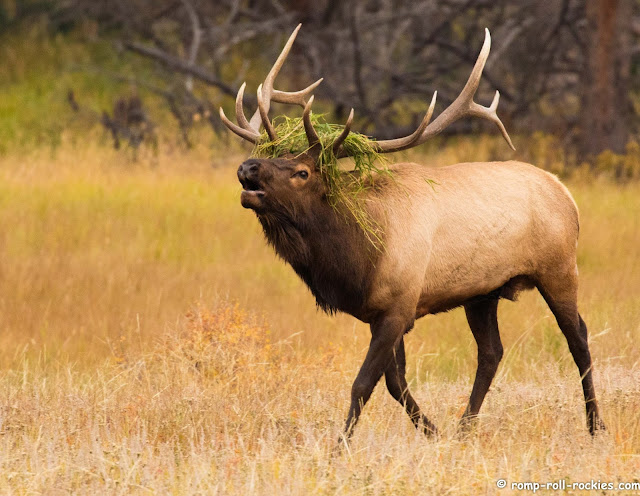 Eventually, he shed the grass except for a few strands, regaining his regal look! 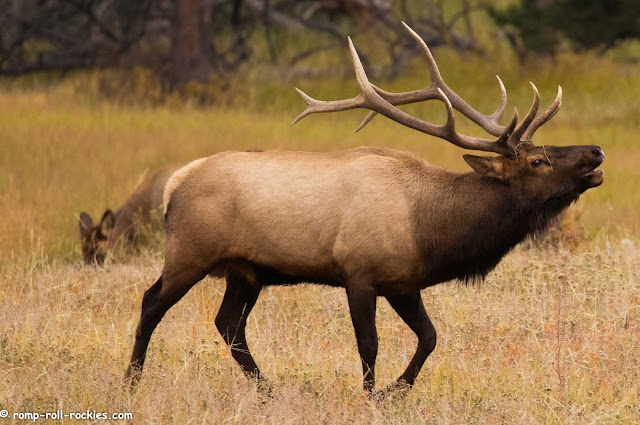 In the meantime, some smaller bulls sparred, obviously just as practice for the day that they would be among the bigger bulls in the herd. 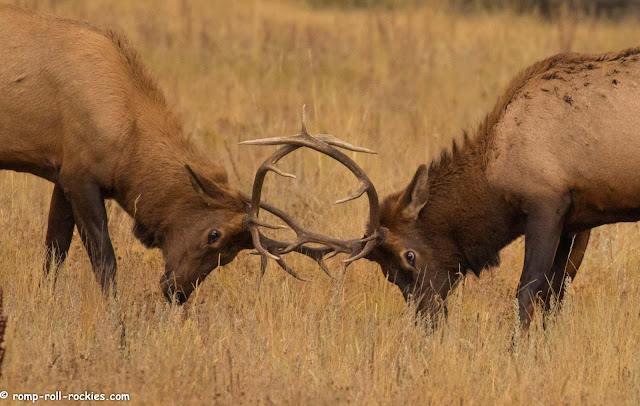 The stronger one would drive the other one backwards. Then they'd disengage their antlers and stand together amicably. I think that the greatest risk in this is that their antlers could become locked together. I've heard of elk dying due to this catastrophe.

These guys were so small compared to Grass Head that he paid them no attention. Instead, he answered the bugles of the bulls closer to his size. 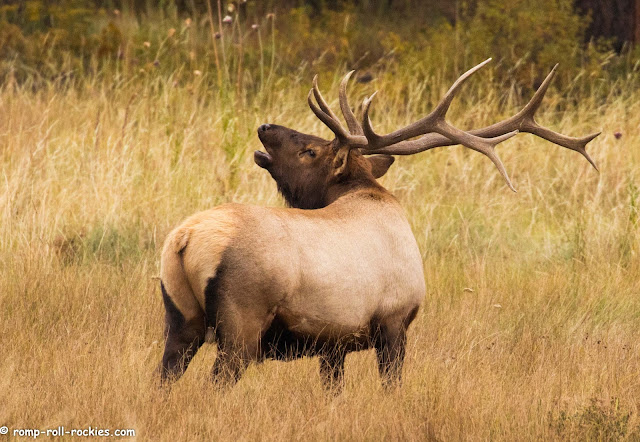 In an upcoming post, I'll share some sounds of bugling from the meadows where the elk rut was underway.
Posted by KB at 4:00 AM