We've gone through a little bit of a rough patch in terms of veterinary issues. Both dogs had GI tract problems. Then, Shyla got an ear infection, and R cracked the enamel off a tooth. Plus, R was a bit "lethargic" compared to his usual insane self. So, I worried...

But we are emerging from the other side in decent shape. Both dogs are feeling better but R might lose a canine tooth. We'll find out when we get into have him examined by a veterinary dentist.

I played with him in the wildflowers recently. The Golden Banner flowers and the grass were almost as tall as him! 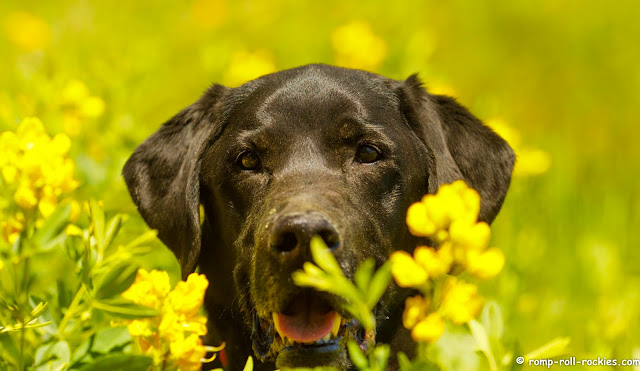 If you look closely at the photo above, you can see that he'd just engaged in his favorite pastime, digging a very deep hole! The dirt on his snout tells the story.

R had his regular exam with the vet, and he was due for all of his vaccinations. I really did not want him vaccinated because he has tumors on his spleen and adrenal gland (which we're following with regular ultrasounds). Both appear to be benign but vaccinating is a risk when any tumors are present.

Fortunately, titers exist! We had blood tests done for titers to see if his immunity was still high from a lifetime of vaccinations. So far, we've heard that his immunity is great for distemper and parvo - so no vaccines are needed for those. We are still waiting to hear about rabies. We have our fingers crossed that he won't need any vaccinations! 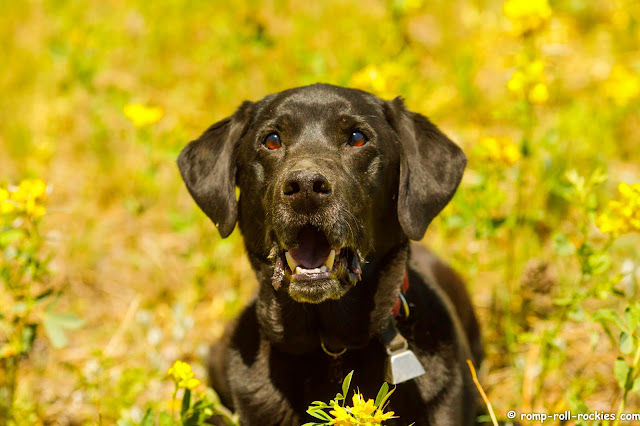 He's such a puppy-like "senior" dog at 10.5 years old. Look at his eyes - they look so spirited and lively!

We savor every day with him. He still runs every day with the Runner, and we regularly get asked if he's a puppy! That helps us to forget that he's actually a "senior" dog. 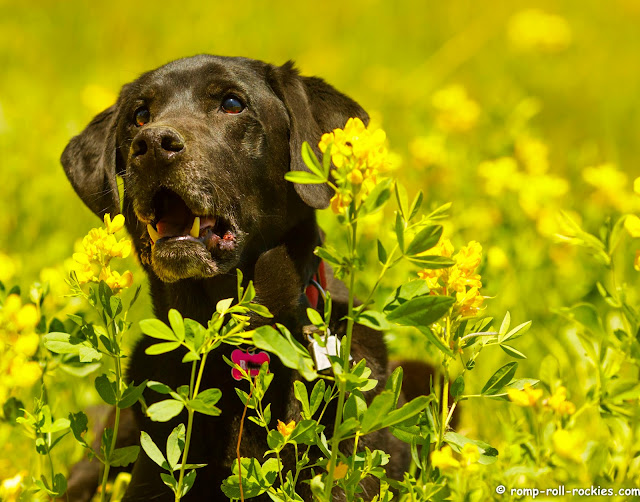