A few of my favorite things about camping in the desert

One of the things that I love most about the Utah desert is the breathtaking rock formations. The Runner and I often joke that if our hometowns had featured just one rock like the thousands that we see in Utah, a state park would have been declared to protect the rock.

The hardest part of conveying the beauty of these rocks is figuring out how to simplify the photo so that it doesn't look like one huge jumble of rocks. I tried hard to do this during our trip, and I'll show you examples over the coming days. This is the first example. This rock is bigger than an SUV, and you can see pillars of rock in the background. The pillars and this rock perched on a smaller one are both gorgeous. 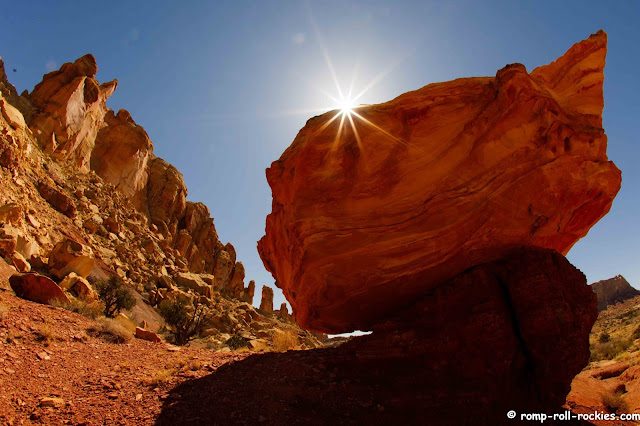 The beauty of the Utah desert never ceases to amaze me.

I think that Shyla is surprised by the odd shapes of rocks that I find for her to clamber on. 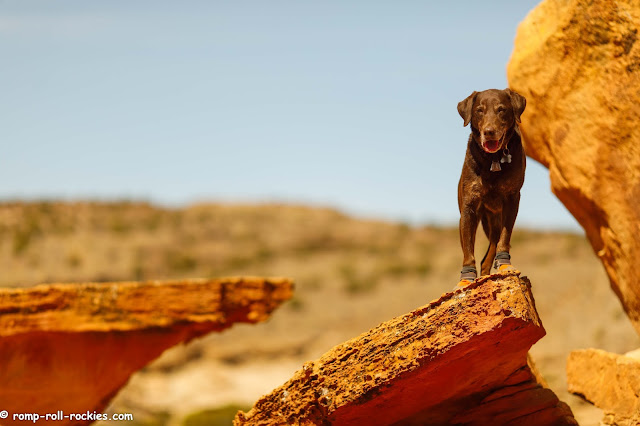 The hard part for her is the boots that are indispensable for protecting her paws. The boots throw her off so much that she isn't as sure-footed as usual, and she forgets many of the things that I've trained her to do. "Take a bow" is an example. It took me about 10 minutes to get her into this position. Usually, she loves taking a bow and offers it without me asking. 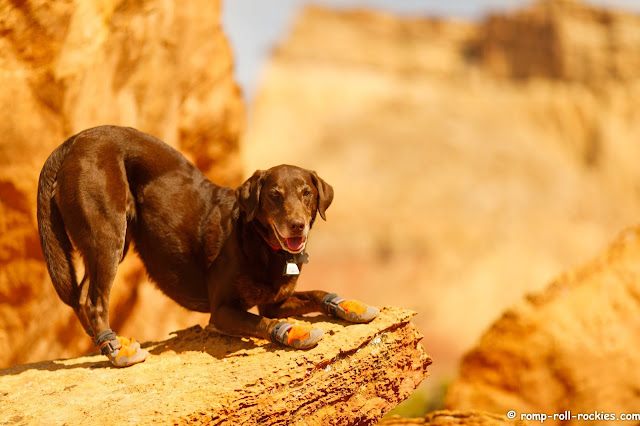 Another of my favorite things about desert camping is how in touch I am with the moon phase and the stars. Until this trip, I didn't know that there's a long period in the winter when the Milky Way isn't visible in the Northern Hemisphere. It was just making its annual return to view during our trip. I took this photo just before sunrise, which is the only time when you can see it at this time of year. 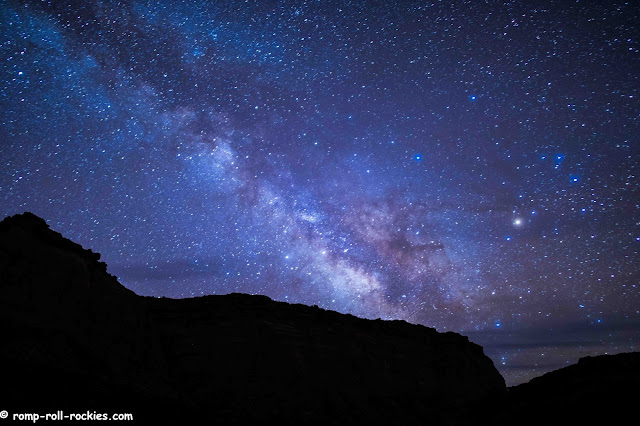 Those are a few of my favorite parts of camping in the Utah desert. I can't wait to go back again!
Posted by KB at 4:00 AM