From snow to slickrock!

One of the reasons why I love going to the desert in November is that we can escape what is usually the first snow of the year. That is usually a slushy and not-so-fun snow. In fact, it snowed the day before we departed this year! 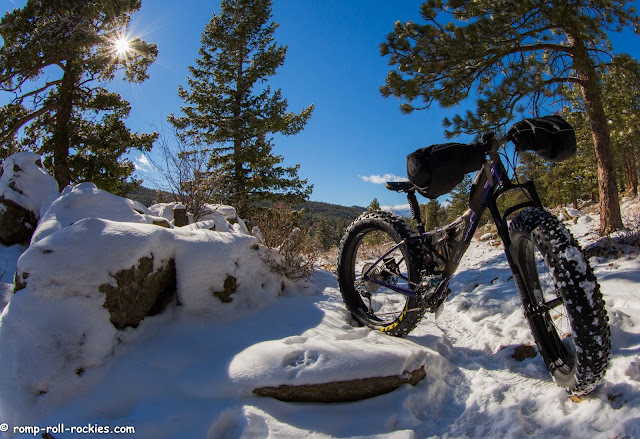 So, after driving west for hours, we traded the snow for Utah's slickrock, which meant that the much-hated dog boots had to come out. Actually, R doesn't mind his boots. Shyla is the one who is scared of them. However, they are necessary - slickrock tears apart a dog's paw pads if they're not used to it. 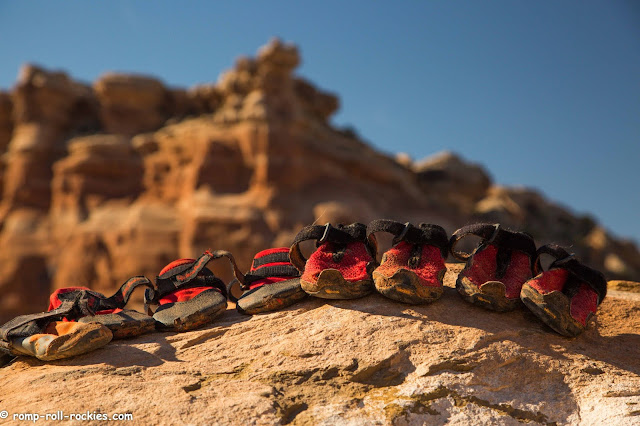 Shyla literally shakes in her boots as I put them on her. Thankfully, she usually perks up after we start moving. 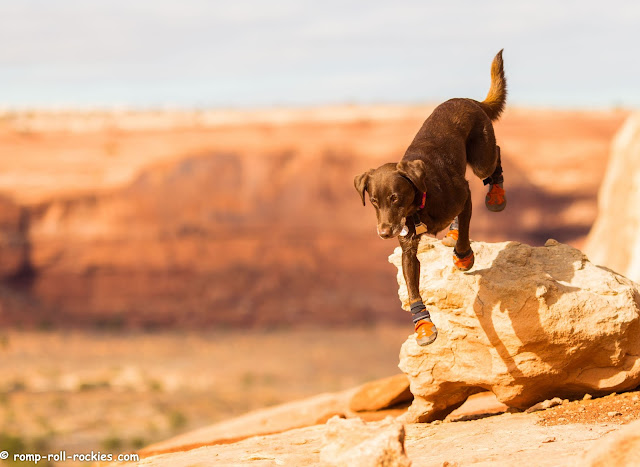 We've experimented with lots of kinds of boots. Most recently, Shyla tried UltraPaws boots which our friends Lily and Edward gave to us. Shyla liked them much more than other boots but the soles wore out very quickly on slick rock. I'm going to see if UltraPaws makes a tougher version that will endure our mountain bike rides in the Utah desert. 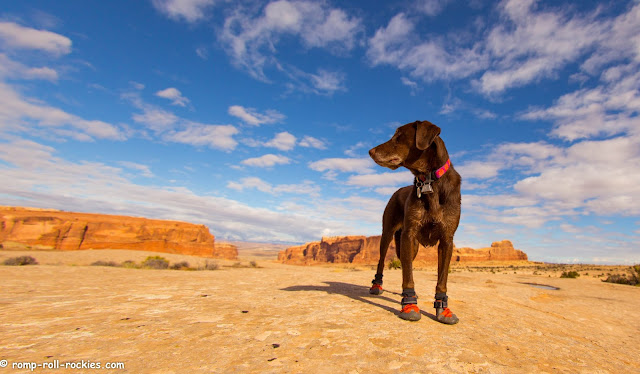 I always savor each day of riding in the desert, knowing that snow usually awaits us when we return home. That's my new bike in the photo - it was fabulous in the desert! 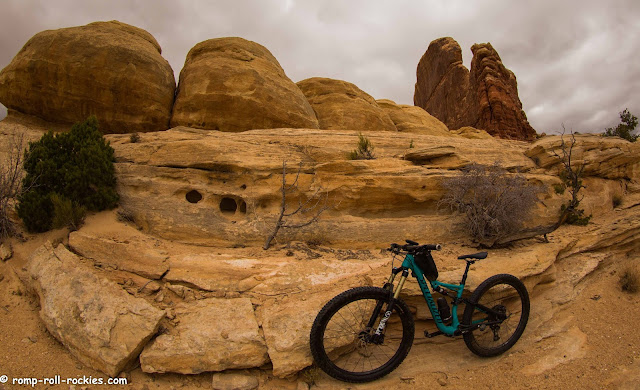 Here's to frolicking in the desert. I love it! Kick up your heels, Shyla! 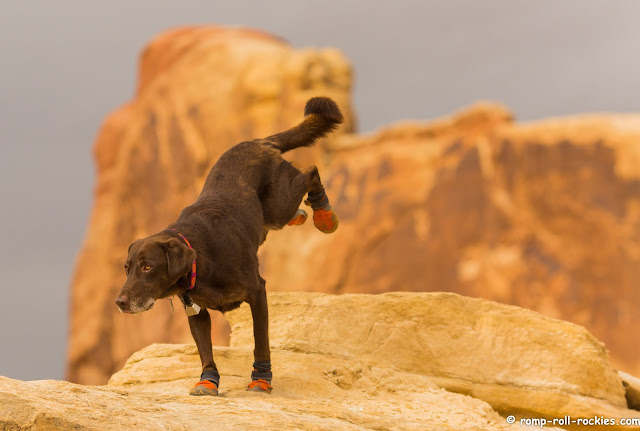