The Value of a Mountain Lion Photo

My Sunday ended up going a little crazy. It all started with one of my kind readers alerting me that someone had posted one of my mountain lion photos and claimed it as their own. They'd also changed the date and time to make it appear to be very recent. They also implied that it had been taken about 150 miles south of where I live, in their town.

From what I've learned from other readers, the bad FB page had been trying to whip people into a fearful frenzy about the idea that mountain lions are near or in their Colorado town. For me with my values about wildlife, their motivation made their theft even worse.

Since this post is wordy, I am going to share a series of mountain lion photos that I captured recently throughout it. I found them on a memory card that I checked yesterday during my cold trail camera outing. The first one is my first ever flying mountain lion! He was leaping into the frame. 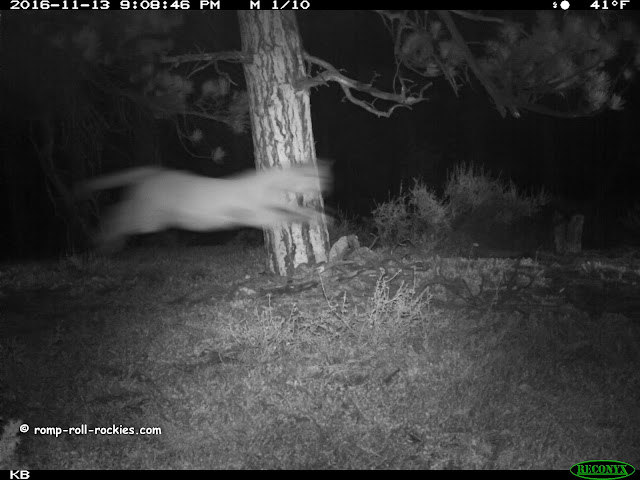 Back to the story of the stolen photo - my friends and I inundated them with comments on the photo saying that it was stolen and had originally been published on this blog in 2011 (it's the second photo in the post). The response of the page owner was to ban all of us, and then to write some despicable lies about how he could do whatever he wanted with copyrighted material on social media. I'd reported the copyright infringement to Facebook, and I was hoping that they'd solve the problem.

At that point in the saga, ironically, I absolutely had to close my computer and go do pre-planned work on my trail cameras. It's the time of year when I move them around because most animals abandon using sites where there's deep snow. I spent the rest of my day in freezing cold places replacing batteries in cams and moving some of them to sunny spots. All of this was done by pedaling between cams on my fat bike. There was fresh snow so even the pedaling was very hard work.


It made me realize exactly how much someone is stealing when they take one of my trail camera photos. You might think, "Oh well, it's just a cam sitting outside taking photos of whatever goes in front of it.". In reality, it's a lot of work. I spend lots of time tracking animals so that I know what routes they use in each season. Then, I spend time moving cams from one place to another depending on the season because animals use different routes depending on snow. There's the constant battery replacement issue, and the need to check the cams reasonably frequently to avoid theft.
All in all, one great photo probably required a huge number of hours of work for me to get. Back when I captured the mountain lion photo in question, it was one of my first ever photos of a mountain lion. I was over the moon to get it. That old camera has captured only one more mountain lion photo over the years. Last year, it caught a mountain lion right outside our bedroom window! 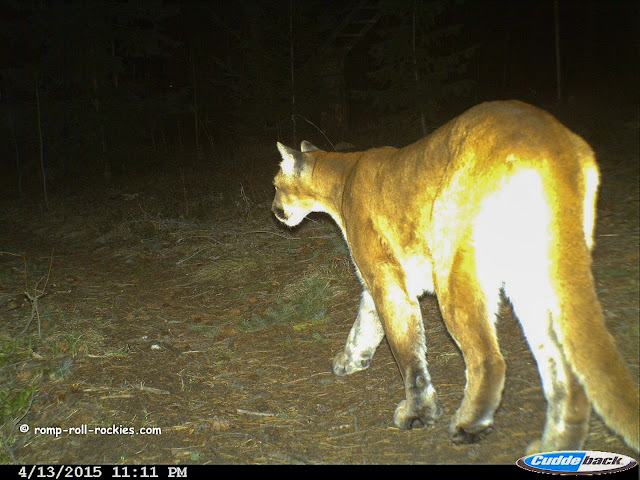 By yesterday evening, Facebook had yanked the stolen photo from the rogue FB page due to copyright infringement. Thank goodness. Now I can go back out into the cold to work on my trail cameras rather than furiously typing!
Posted by KB at 6:00 AM