A total eclipse of the sun!

Our experience showed us why. We'd seen a partial solar eclipse which we would have never known was happening without peering through eclipse glasses. We'd seen an annular eclipse in Utah which we thought was amazing. I wrote about it twice, here and here.

In Wyoming in August, we learned that a total solar eclipse is a million times more mind-blowing than a 99% solar eclipse. Darkness sweeps across the world like a curtain closing. The sky darkens so much that planets are visible twinkling in the sky. It gets really cold very fast. The darkness and cold sweep over the world much faster than at sunset. 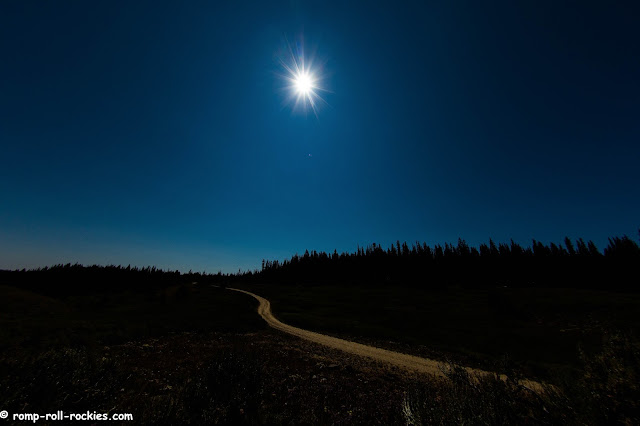 As long time readers probably have guessed, I tried to capture it with several cameras. I had one camera shooting close-ups of the sun. I had another DSLR shooting time lapse video, which I haven't processed yet.

Here's one closeup during totality (more to come in a future post). 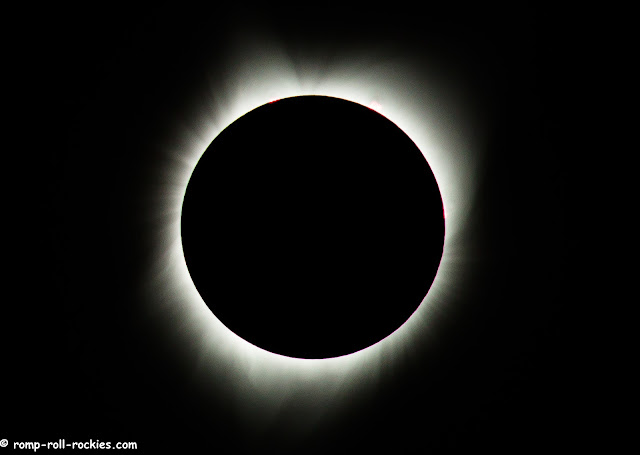 Then, at the last minute, I decided to set up my little GoPro to record totality in plain video.

That's what I'm showing you today. We made fools of ourselves with the ridiculous things that we were saying during totality. "Oh my God" was said more than a dozen times. Someone howled. I yelled in a crazy voice, "LOOK AT THE STARS". Then, as it got light again, I kept babbling that it had happened so fast that we must have strayed from the middle of the totality swath. It seemed like about 30 seconds of totality when we experienced it. However, my trusty GoPro shows that it was 2.5 minutes. I'm afraid that I couldn't bear to listen to our ridiculous comments in the video so I put music to the video.


As soon as it was over, we were trying to find out when the next total eclipse was. I doubt that we'll become crazy eclipse chasers but we understand why someone would do that now! It is a stunning experience.

If you ever have the chance to see a total solar eclipse, grab it and go! I hope that I am alive in 2024 for the next one in the US! And we just might travel further to see one that will have 6.5 minutes of totality in Egypt!
Posted by KB at 4:00 AM