Friday is for Mountain Flowers!

We are still in flower season here in the mountains. This meadow is just behind our house. 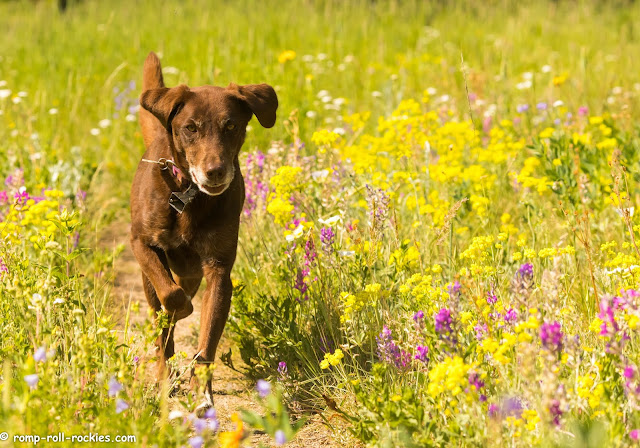 It's amazing, though, how different the flowers are up high! The bright purple lupines thrive up at higher elevation than our house. 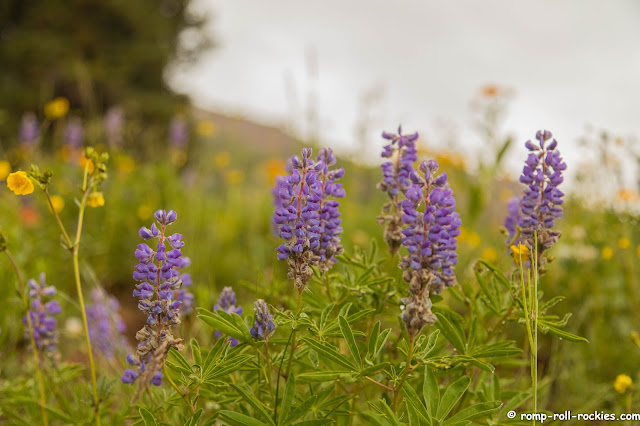 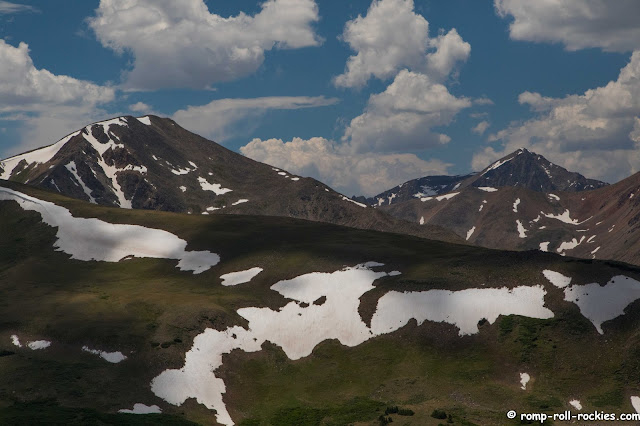 On south facing slopes up at 13,000', the Columbines were going wild. They grew on talus slopes, which are slopes that appear to be made up entirely of loose rocks. The plants poke their heads up between the rocks.

Every evening at sunset, we went to visit the columbines. 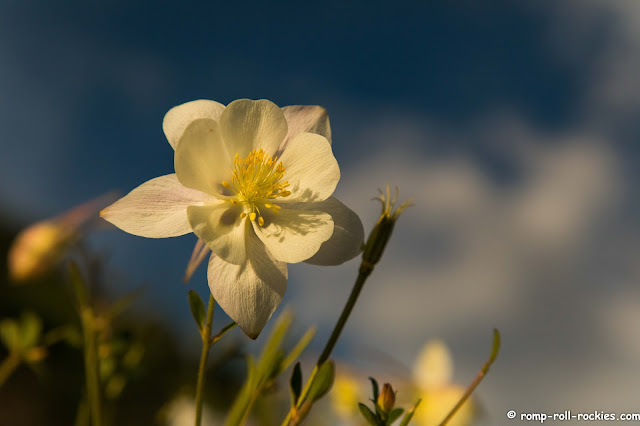 Ah, I just couldn't get enough of them! 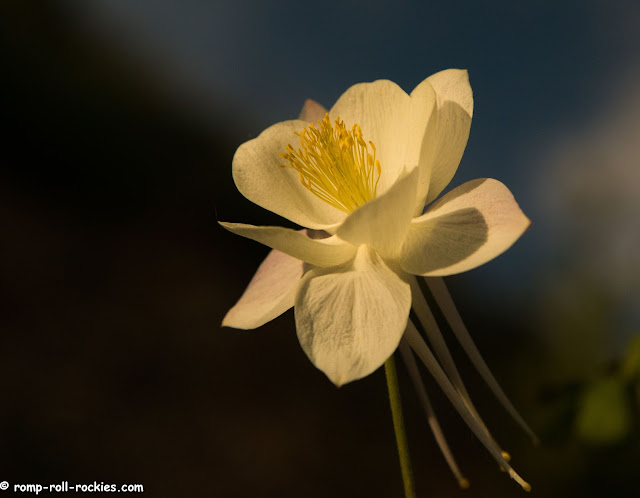 Some appeared to be almost bleached white while others had the more traditional wild Columbine look. 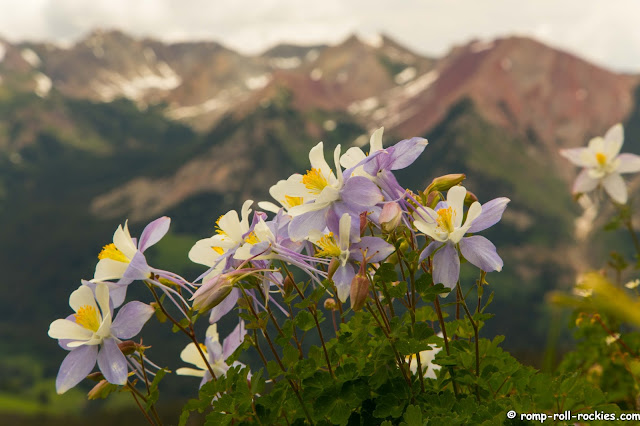 I remind myself each day to take some time to enjoy the flowers. We have had such a dry summer that I suspect that there may not be many flowers singing during the second half of summer. 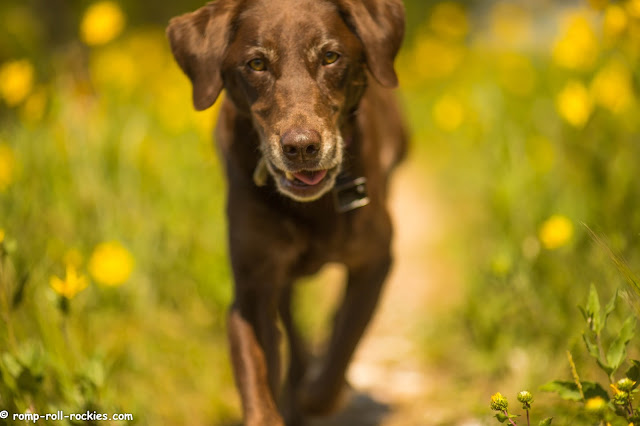 Even though this last photo is a little "impressionistic", I love the crazy kaleidoscope of yellow flowers.

I took this photo of Shyla in the yellow flowers today. She's getting stronger every day. She did get a secondary infection but it doesn't seem to be bothering her too much. I'll write about what I'm doing to try to prevent such a thing from happening again in a future post.
Posted by KB at 4:00 AM