We recently tried to take a trip to the high mountains. It was a comedy of errors. We made it to a great campsite... 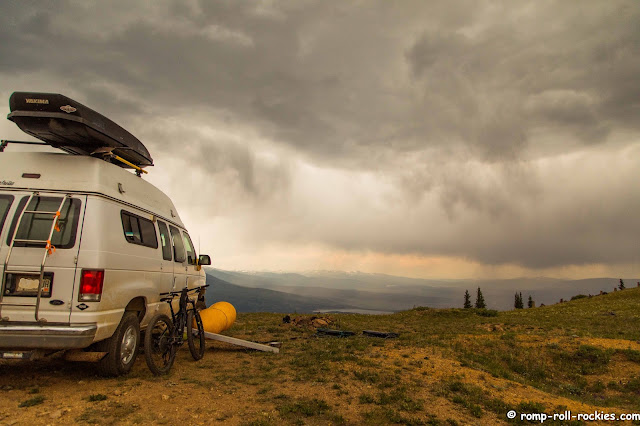 Within the first 24 hours after leaving home, I had the good fortune of meeting one of my virtual friends and her dog. I took out a camera to take a photo when I met her but then I left the camera on the roof of her car. Despite lots of effort by her to retrace her route and contact every lost and found in town, it was gone forever.

Then, we drove to the nice spot shown in the first photo. I headed out for a bike ride. When I tried to shift gears, my chain jumped into my spokes, breaking everything in its path. It broke enough spokes to totally destroy the wheel. I wasn't smiling at that point.

So, 24 hours led to a lost (and probably destroyed) camera/lens and a destroyed bike wheel. At least I met my friend and her dog!!!! That was the one bright spot in that day.

The generous Runner owns the same model of bike as I do. He rapidly donated his rear wheel to my bike, and then spent hours helping me fix myriad other problems that had suddenly emerged with my bike. We replaced the chain and the front chainring before we returned the bike to an operational state.

Shyla and I did go out for a ride within that first 24 hours (just before sunset). Yipee! 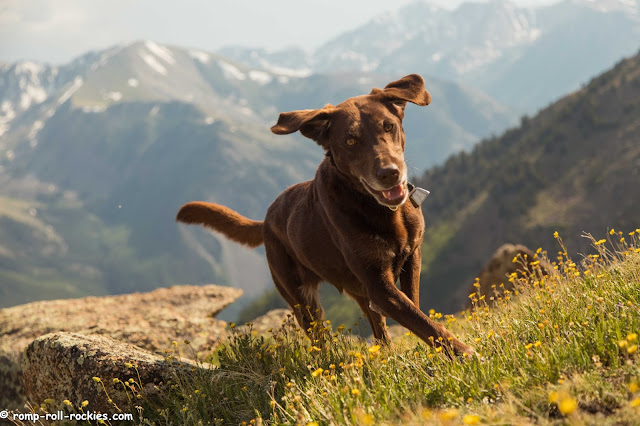 What was going to be a 10 day trip was shortened by endless bad luck. However, I'll save the rest of the bad luck for another post!
Posted by KB at 4:00 AM