A Mountain Lion and her Two Kittens

Some of you know that I've been lamenting how few mountain lions my trail cams have been capturing. Some of my cams have been in the same spots for years, and far fewer lions have passed them in the past year than most years. Recently, I had the excitement of a trio of mountain lions passing two trail cameras!

I saw this photo from my trail camera, and I expected it was just one mountain lion passing by. 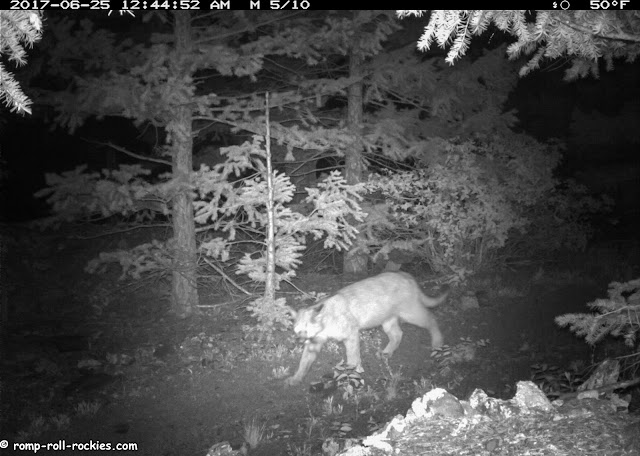 Then, I saw this photo. Another set of eyes had appeared. 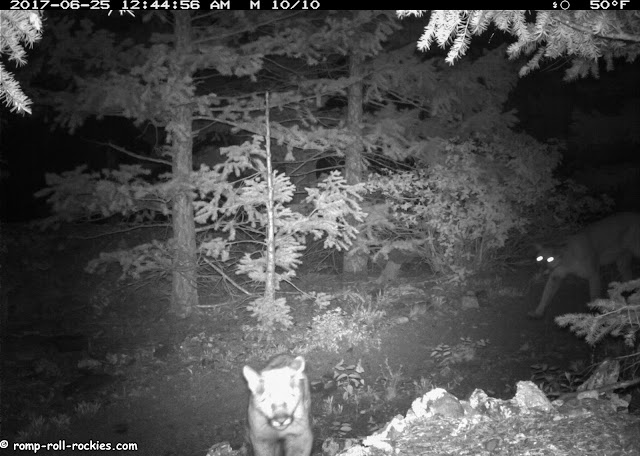 Then, I got very excited because yet another set of eyes had appeared to the right. Moreover, you can see the eye and body of another mountain lion on the left side of the kitten. 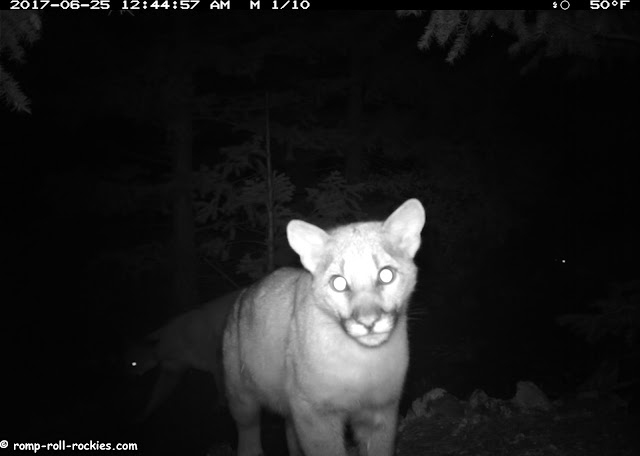 The kitten glanced back toward his/her family. 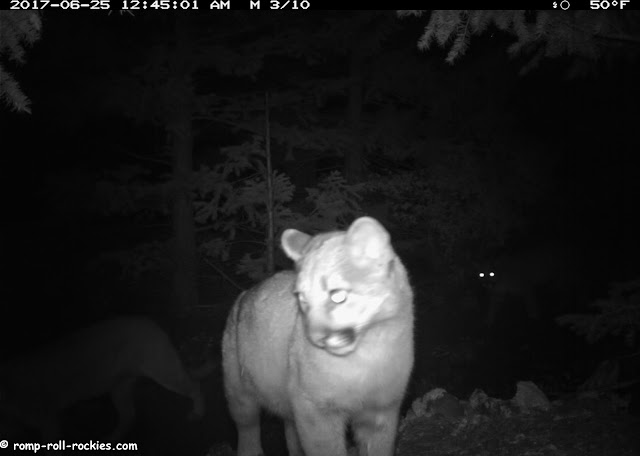 The kitten looked the other way... 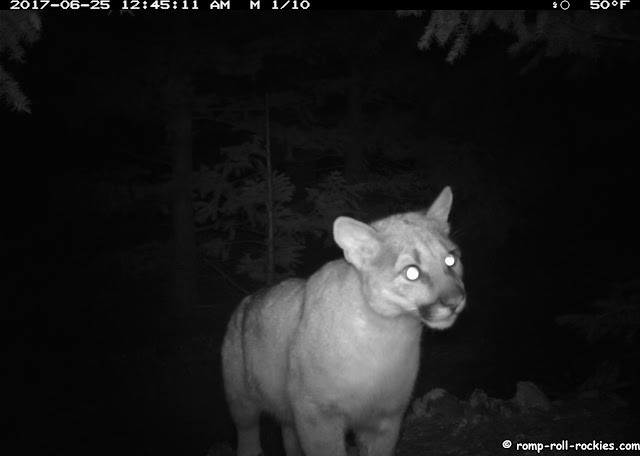 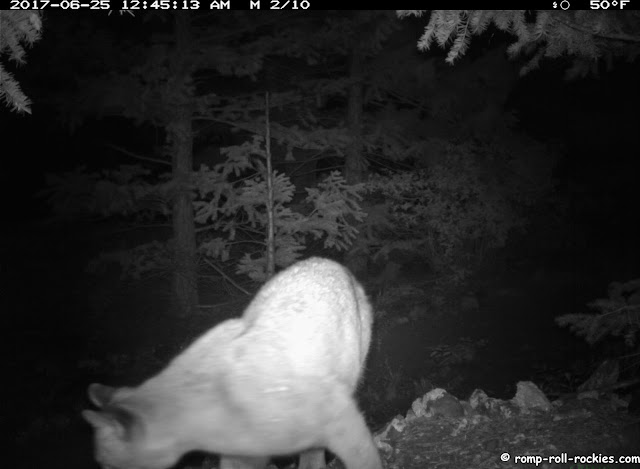 
The trio remained in one area for at least a few days so I suspect that they had prey cached nearby. I hope that we catch some more glimpses of them in the future!
Posted by KB at 4:00 AM