Bear Activity at the Den!

Today is an exciting day - the first bear den update! You might remember that I found a bear den 6 years ago that was occupied by a sow and her two yearling cubs.

That den remained empty until this year. There is a smallish bear occupying it. I do not know if she has yearling cubs behind her in the den or not. However, my guess is that she doesn't.

That opens the possibility that she might give birth to cubs in the coming weeks. Bear cubs are usually born in the second half of January in our area.

Here's a wide view of the scene. The rocks form a cave, and the bear had her head up and almost outside the den. 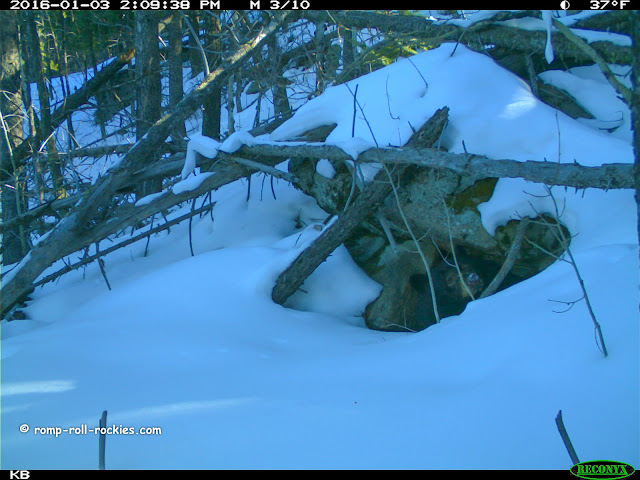 Here's a close-up of the bear. She was eating snow and has snow on her nose. 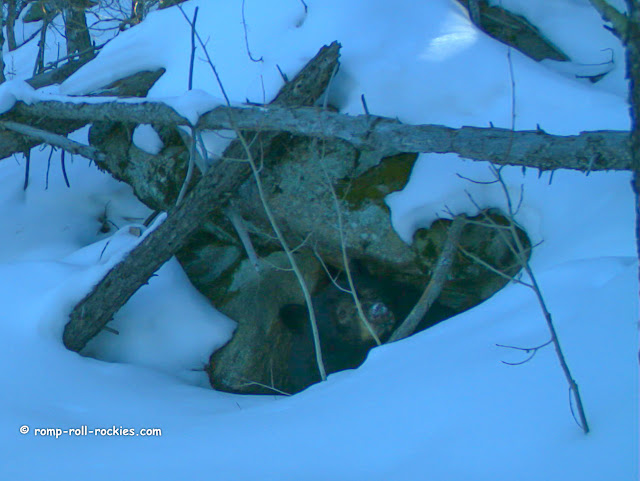 One camera was recording video, and it captured the bear eating snow for more than a minute on a warmish day. It's perfectly normal for bears to be awake on and off throughout the winter. The last time this den was occupied, the sow came outside to eat snow and urinate about once every three weeks. This bear hasn't walked outside the den yet.

Here's a video of her activity!!! Enjoy.

I can't wait to see whether this bear has cubs this winter!!!
Posted by KB at 4:23 PM