Thankful Thursday - Our Mountain Lions are Grateful for the Rainfall

Today, we and our wild cats are celebrating the rain that has fallen recently. A mountain lion repeatedly visited a small water hole to quench his thirst. He drank and drank and drank!

This was his arrival at the water hole. Look at his massive front limbs and paws! 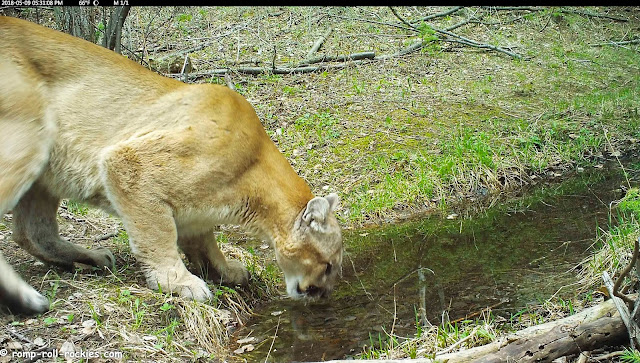 He noisily scooped the water into his mouth with his tongue. You'll hear the sound in the video. 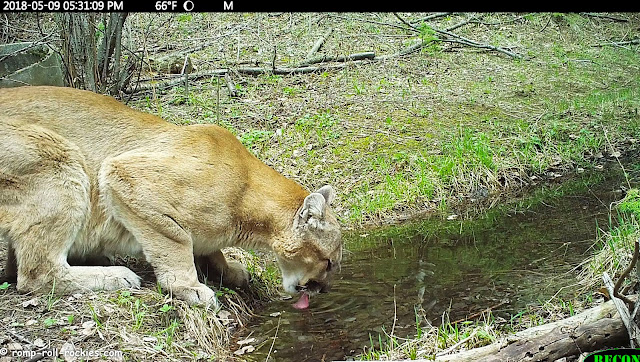 Something caught his attention, and he paused to look at it. I was struck by his coiled muscles and how powerful he looked. 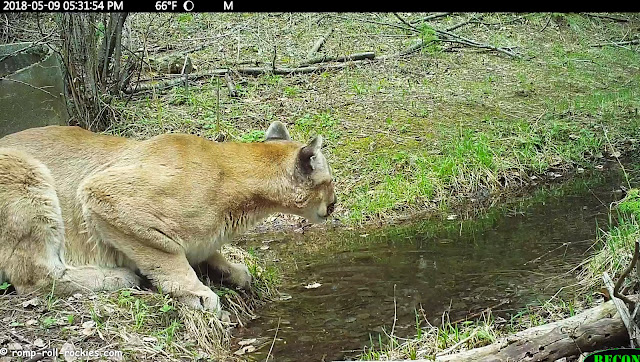 He must have had a carcass stashed nearby because he came back to the water hole repeatedly. He drank with crazy thirst each time. He occasionally paused to look around, like in this photo. Also, look at his reflection. 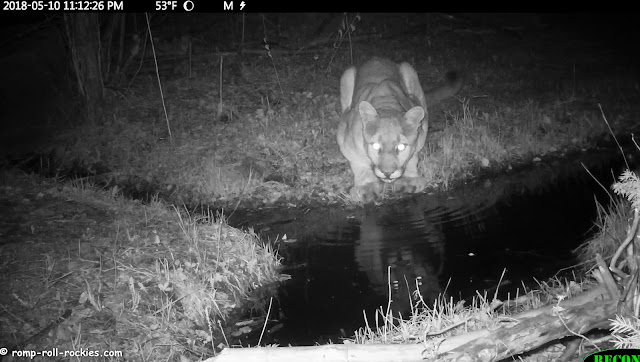 He came back on yet another night, drinking from a spot close to the camera. Those shoulder muscles awe me! 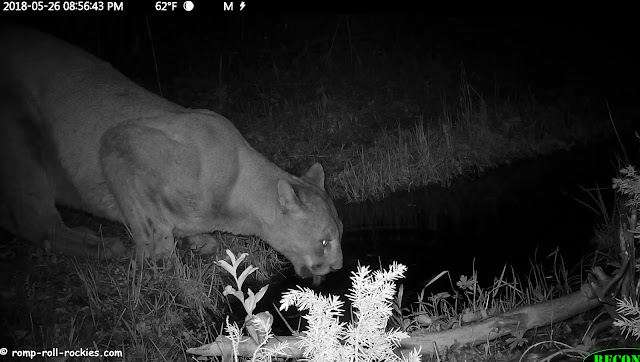 A bobcat also drank during the same time period. He's much smaller but so much more colorful! 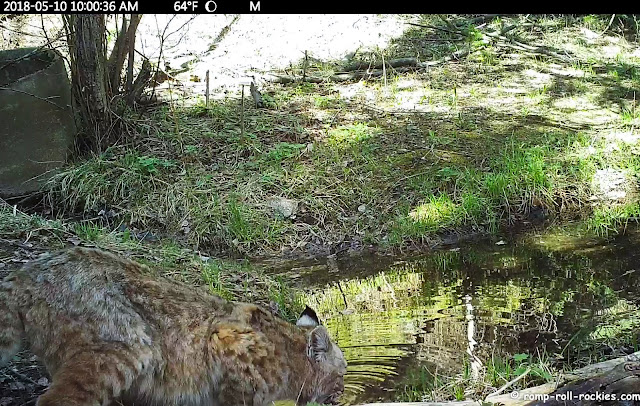 I compiled this footage into a short video that features the mountain lion drinking very close to the camera and also features the bobcat vocalizing after he finished drinking. It was the first time that I'd heard a bobcat make a sound!

After the tragedy of a mountain biker being killed by a mountain lion, several of you have kindly expressed your worries about me being out alone in mountain lion territory. I am very aware that there's some risk in living as I do. However, I take that small risk because being out in the forest and observing our wildlife brings such joy to my life. Quite simply, I'd be far less happy if I gave up my forest and wildlife time, just to keep myself a little safer. I don't believe that playing it safe would make me happy because I'd lose so much. So, I will keep on riding silently through the favorite habitat of the large beasts that inhabit our forests.

I can even go so far as to say that I love our forests even more *because* these animals roam there.

On this Thankful Thursday, I am grateful that our wild cats have water to drink and that they are thriving in our forests.
Posted by KB at 4:00 AM