R is ten years old but I really doubt that anyone who meets him out on the trails would guess it. In fact, most people assume that he's the younger of our Duo. 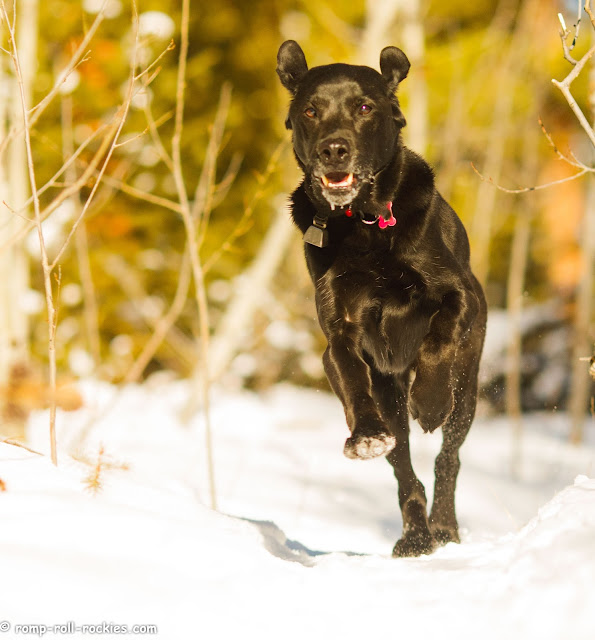 I love R for the trait that is hardest for a human to cope with - his zany crazy energy. He's a challenge but he makes me smile. He leaps for no apparent reason except that he must beat his sister in a recall race. He did this just last week! 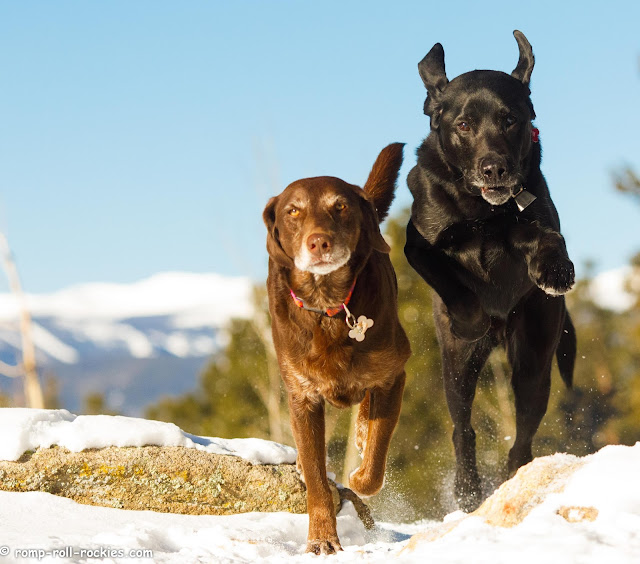 And his ears fly wildly in the air as he sprints to me as fast as can - just because he can! 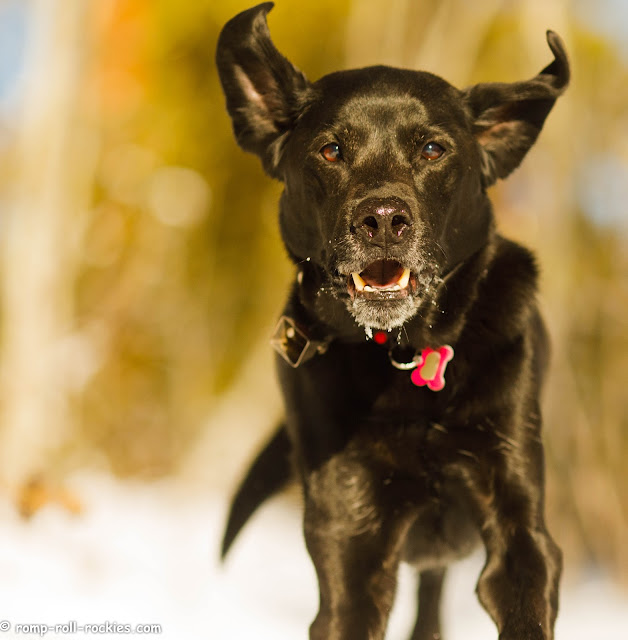 If only our Black Dog could give me some of his energy!
Posted by KB at 4:00 AM