Despite congenital elbow dysplasia and being blind, our Black Dog adored sprinting through the snow, and he loved it most of all when he was racing his sister. 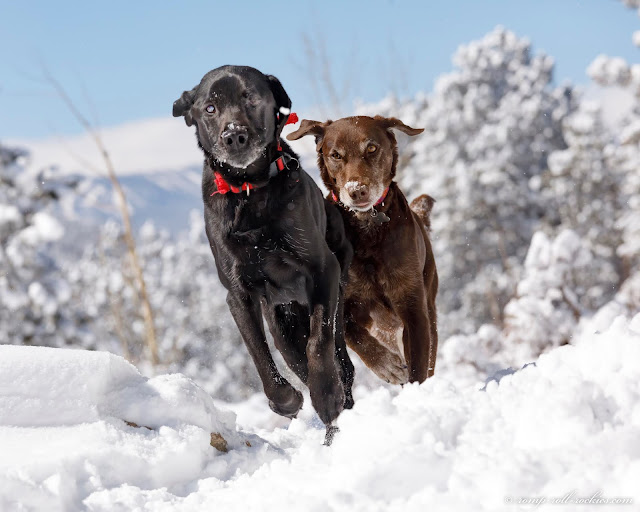 As many probably remember, R had a number of elbow surgeries, including an elbow replacement called "CUE". After his CUE surgery, I did a ton of rehab with him. It turned out that his rehab exercises were something that both of us loved doing. I'd been close to R prior to that surgery but our daily rehab games brought our bond to a new level. I think that he felt the same way.

By the last year of his life, many of the exercises were getting harder for him because of his blindness. We stopped some of them but continued doing the ones that he loved most. His favorite of them was a chair game. I called it "doing chairs", and R would started barking as loud as he could when I asked him if he wanted to "do chairs". I wish that I'd kept the barking part of the videos but, alas, I did not.

To play the game, I lined up a bunch of chairs on the deck. R crawled forward and then backward through them. It was utterly amazing to me that he could still do this game when he was blind.

Here's is a video of R playing this game just about a year ago. Enjoy the video and smile for our Black Dog today.