Our wildlife are now into their mid-summer patterns, which means that I can see them almost anywhere. Shyla usually gives me the first hint that an animal has been someplace unexpected. She was definitely focused on something besides me for a while on our morning mountain bike ride. I kept an eagle eye on her for a while to make sure that she stayed nearby, and I never knew what caught her attention. 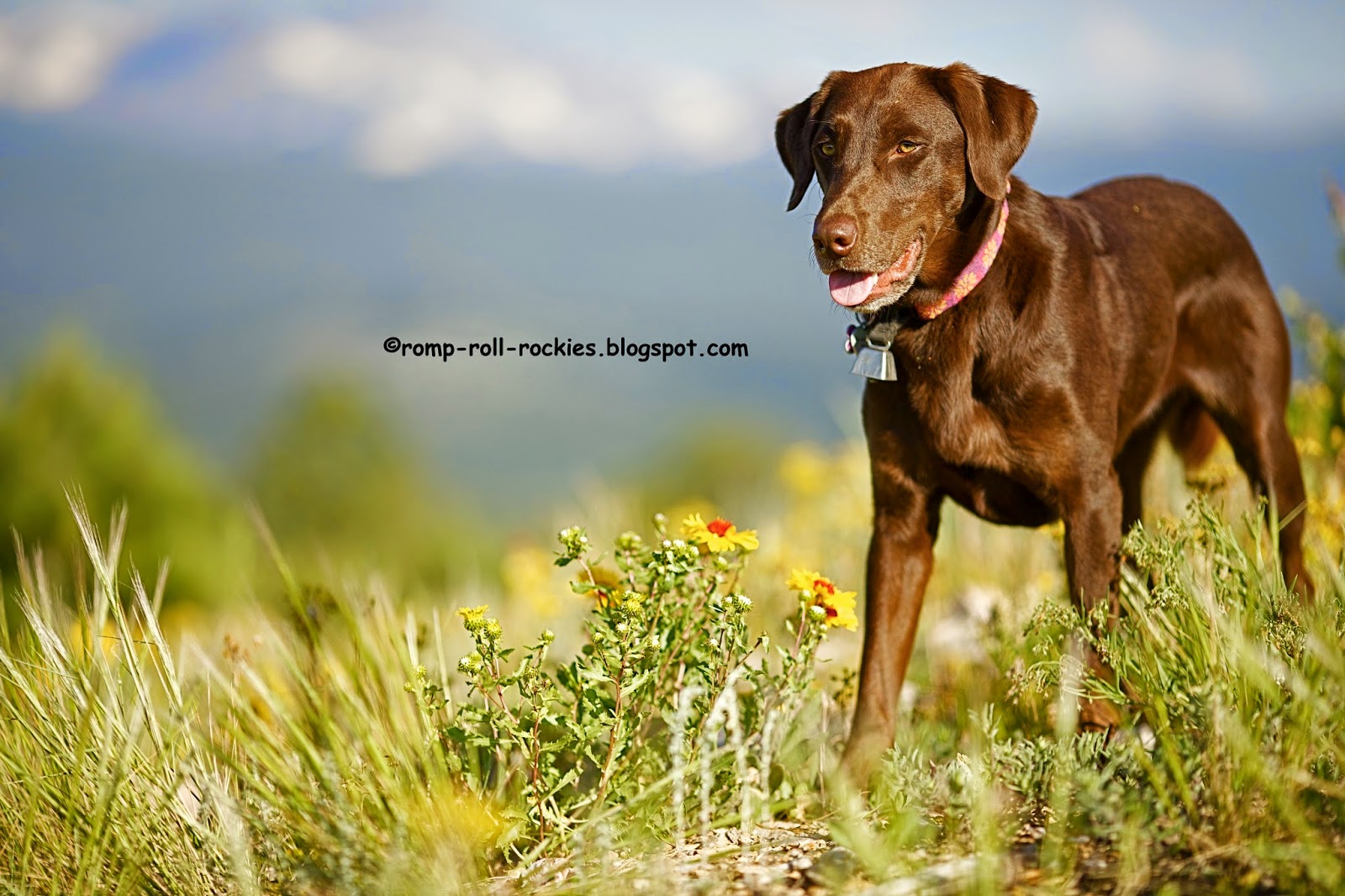 So, I visited some trail cameras after my ride with Shyla, and I discovered that a yearling cub is feeling his/her oats. I don't think that we've seen this bear in photos before.

The yearling arrived at a mangled bear marking tree and sniffed it. 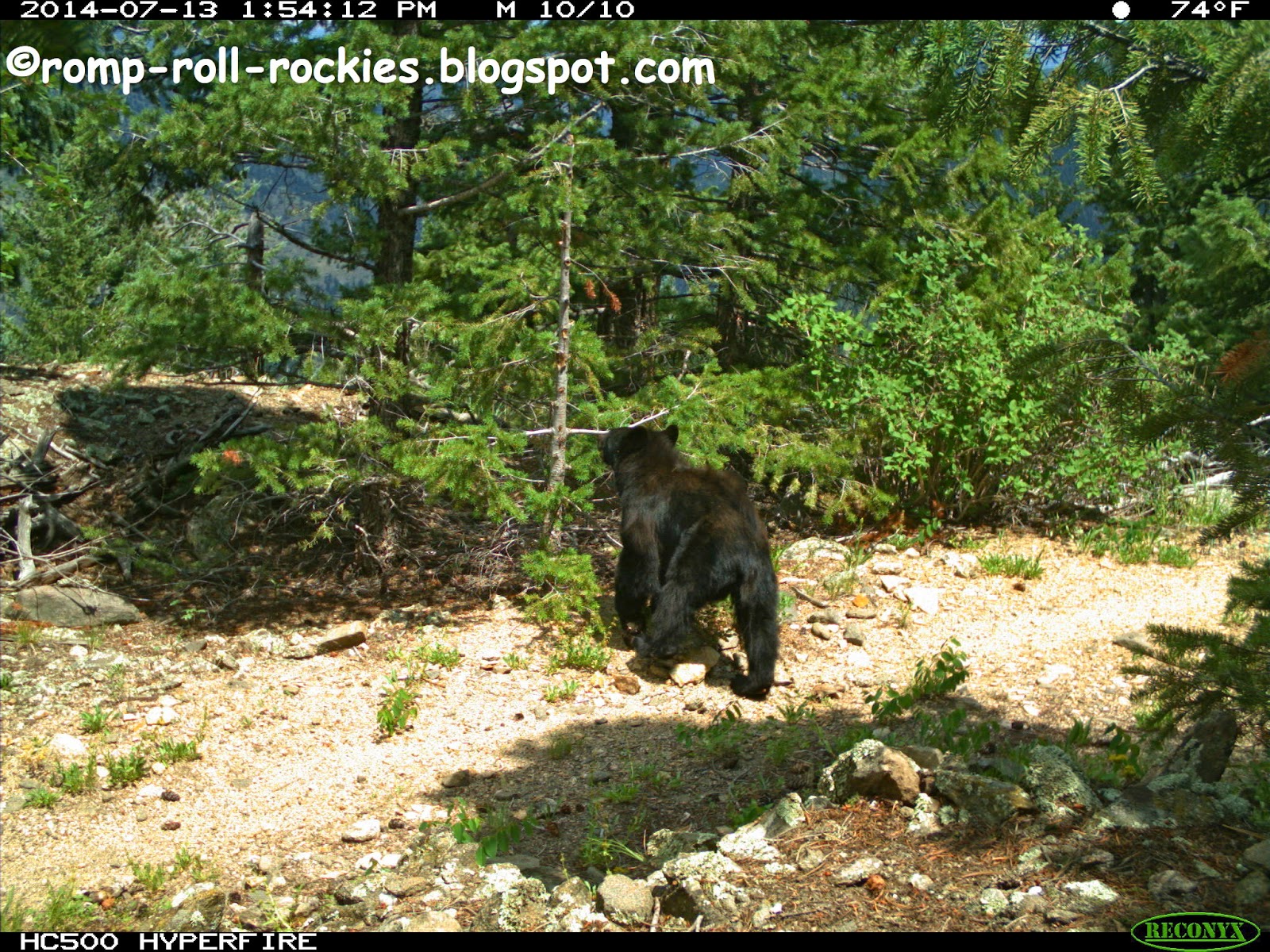 Then, the little bear decided to try his back-rubbing moves. The white mark on the bear's chest plus the almost uniformly black fur differ from the other yearling we've seen on multiple occasions. 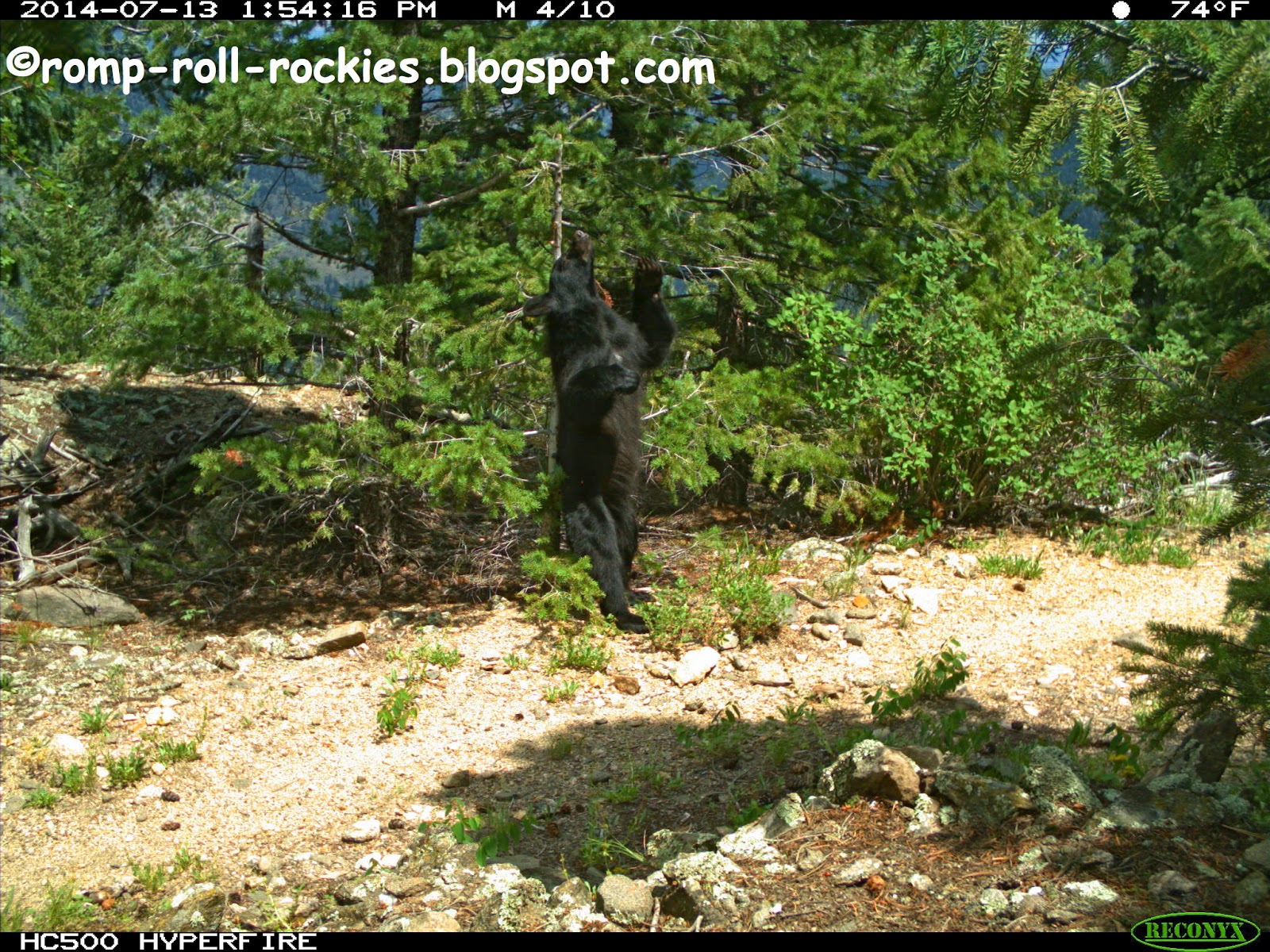 Just like the big bears, this yearling used a paw to grab the tree up behind his head, pulling it into his head for better marking. 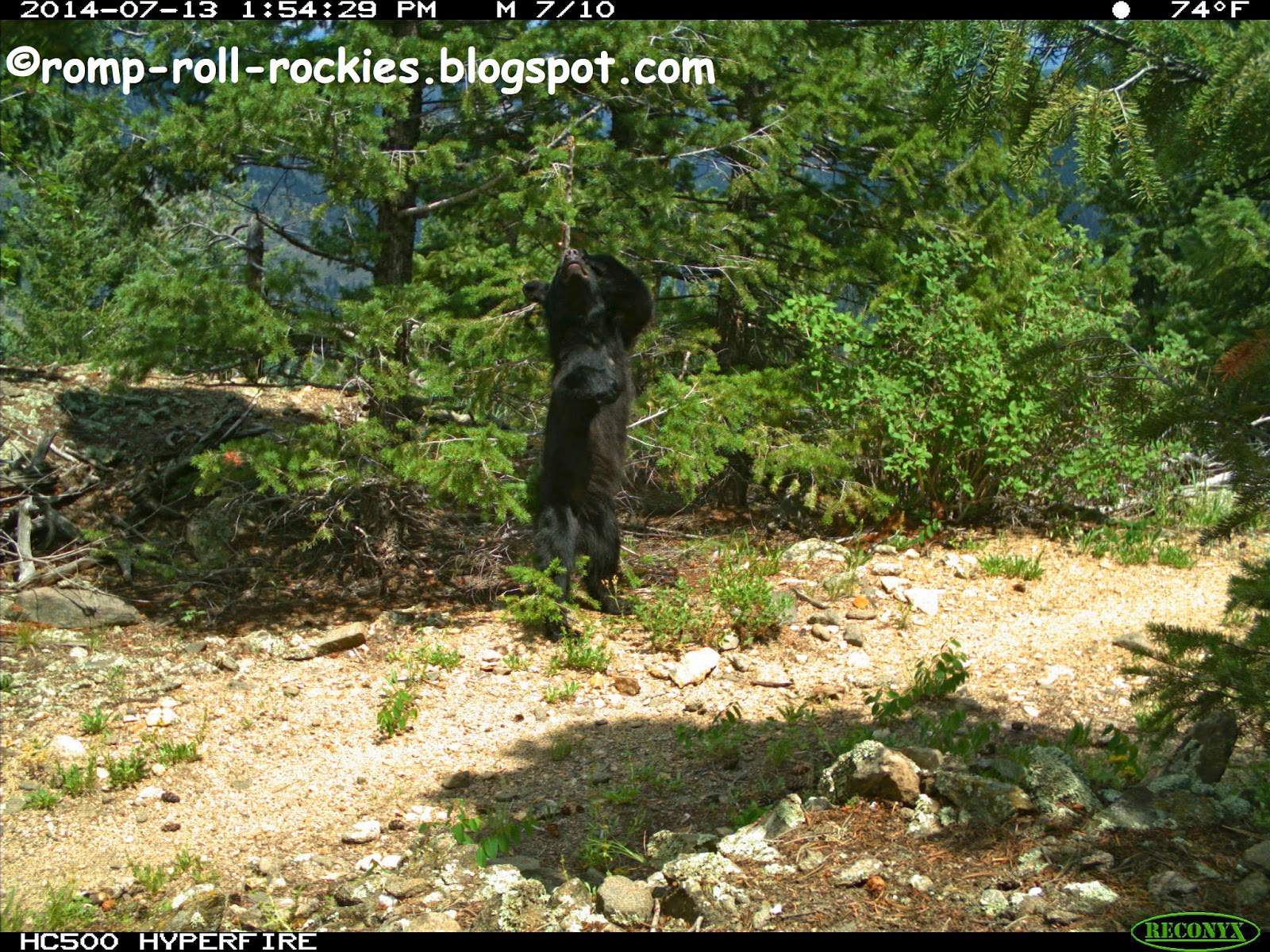 Next, he started his shimmy moves, as he moved his back up and down in the tree trunk. 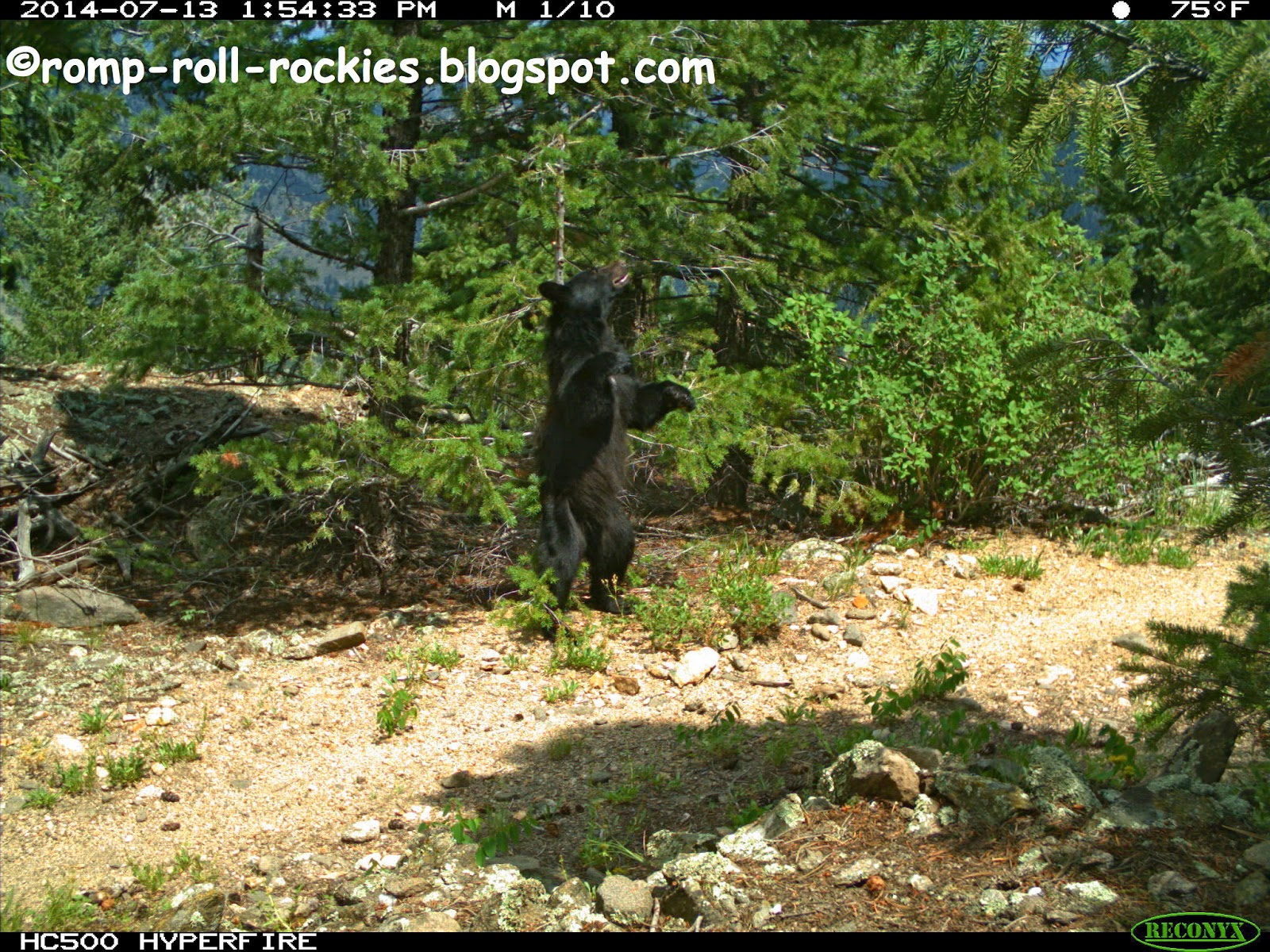 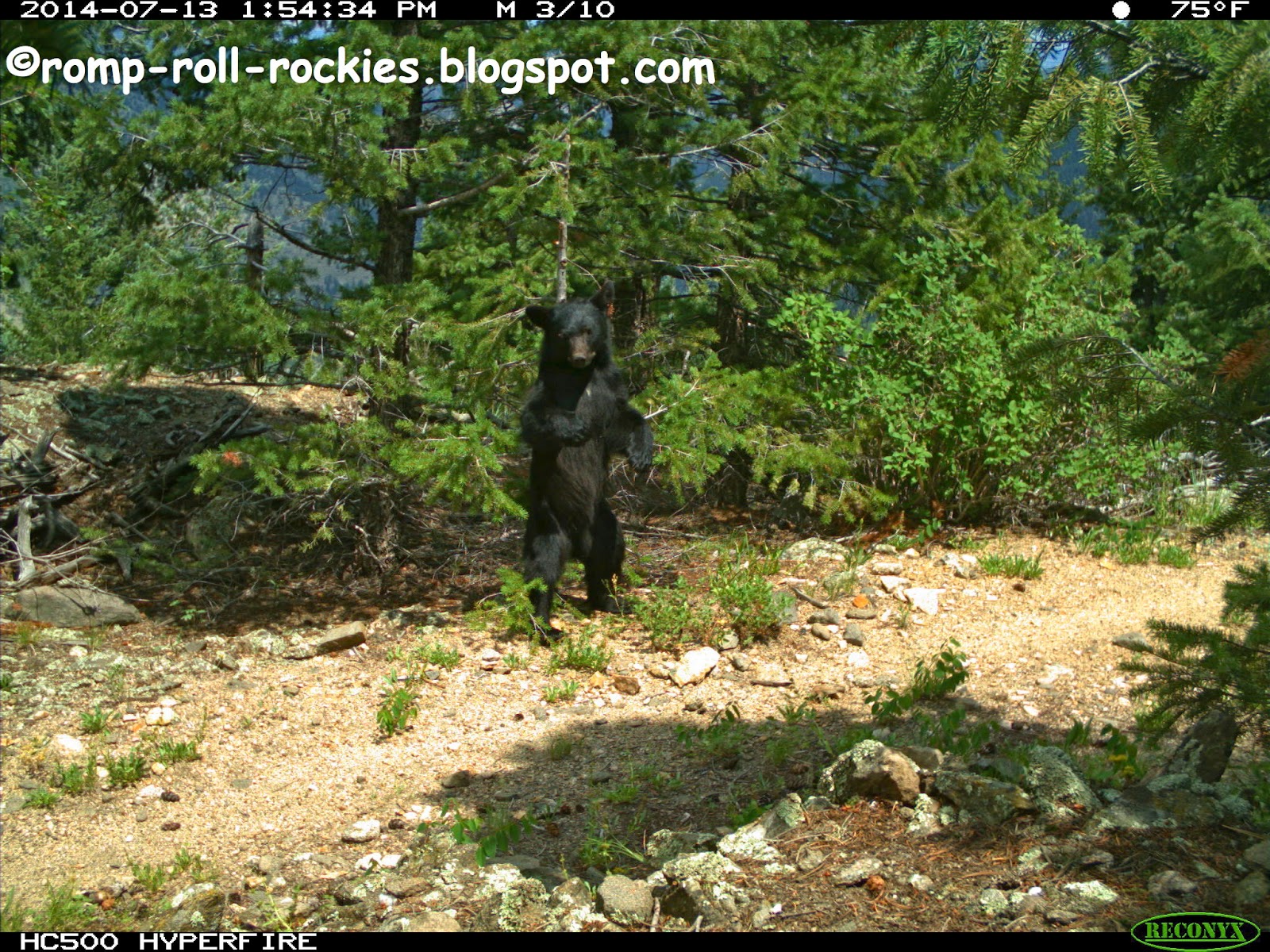 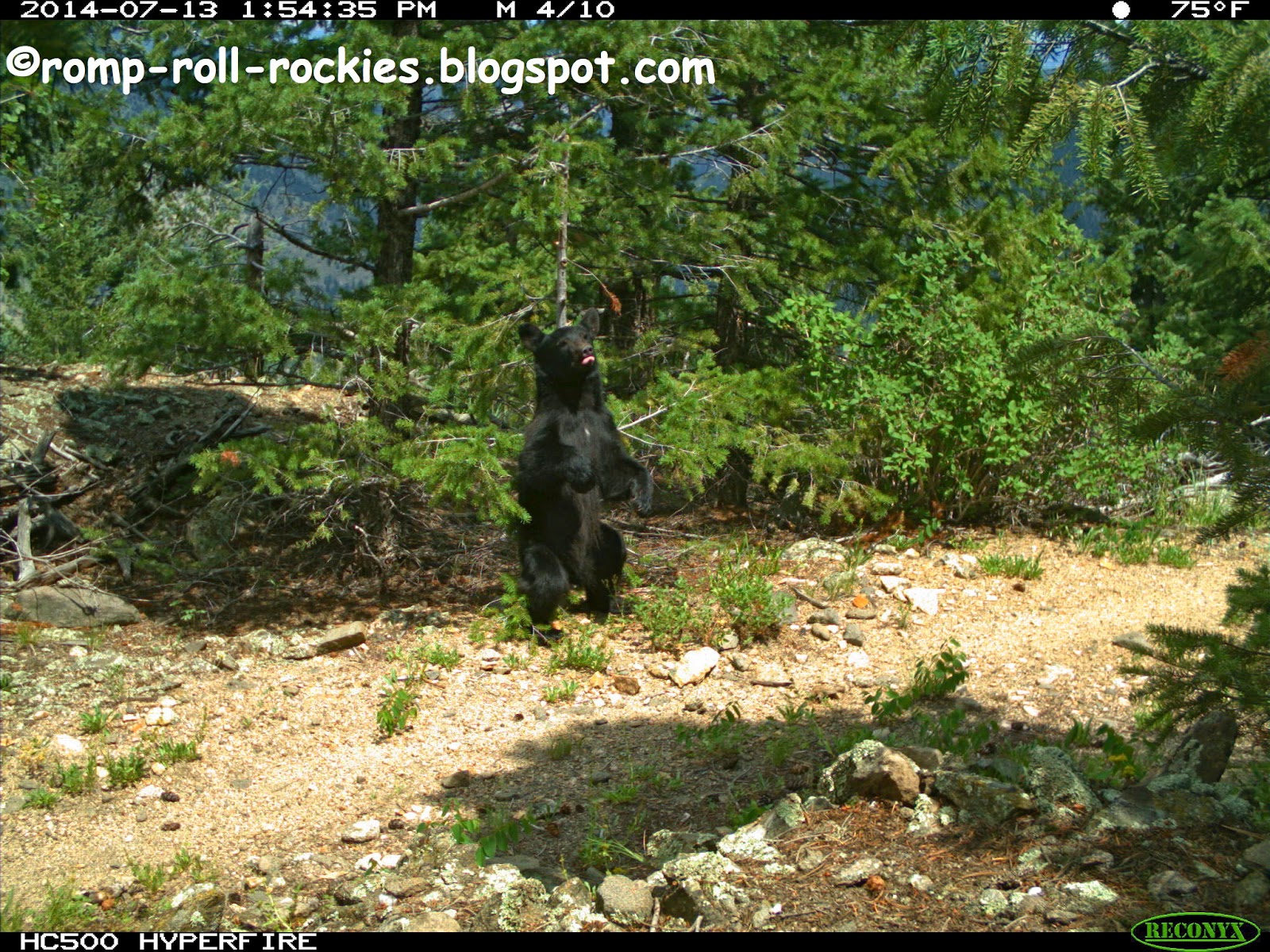 Finally, the yearling departed. Because the trail camera was pretty far from the tree, I am not certain whether this yearling was a male or female. Females stay near where they were born for their whole lives while males disperse and tend to move long distances each summer. 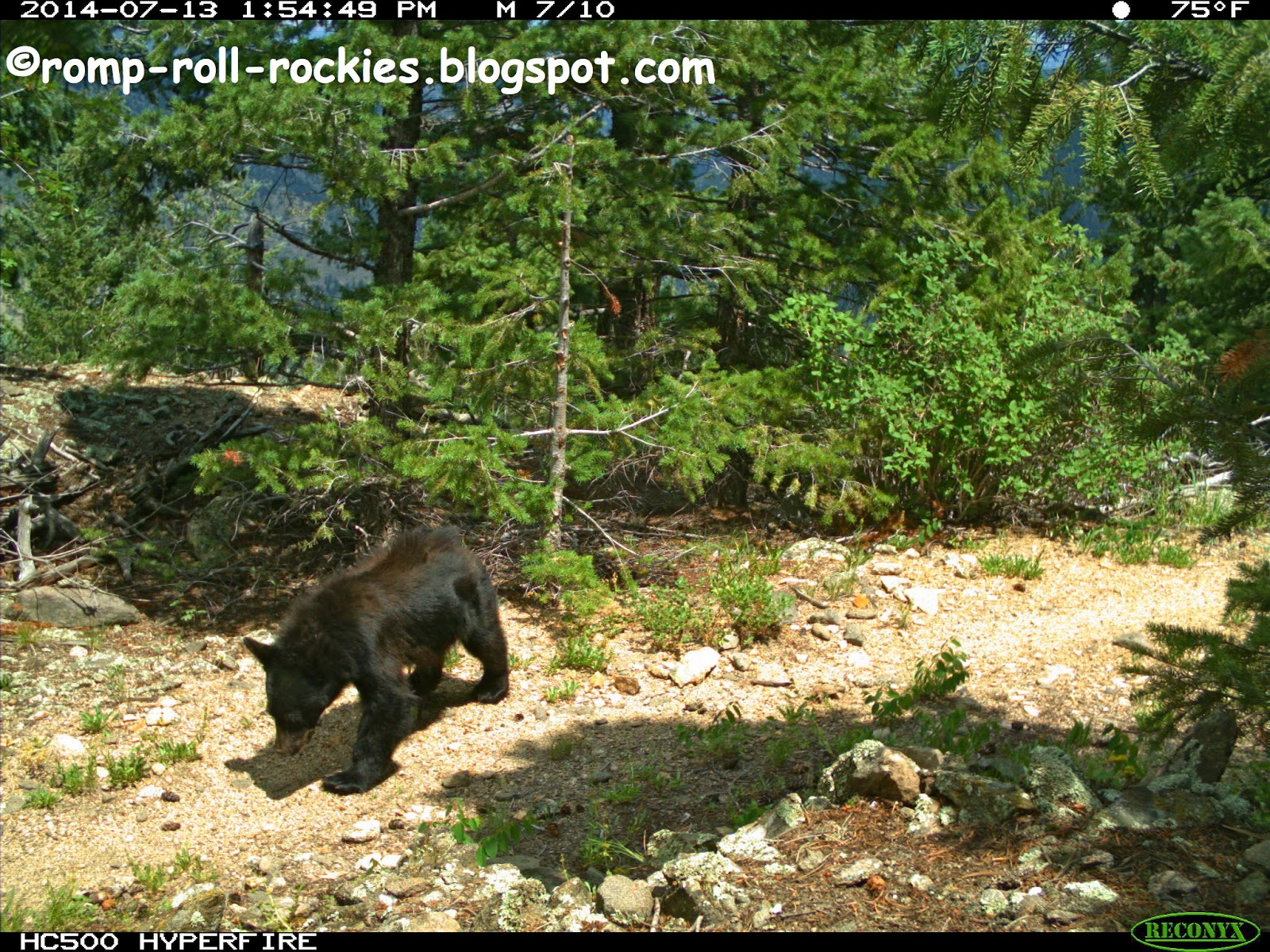 Just to give you perspective, here are photos of a big male (Milton Jr.) marking that same tree earlier this summer. 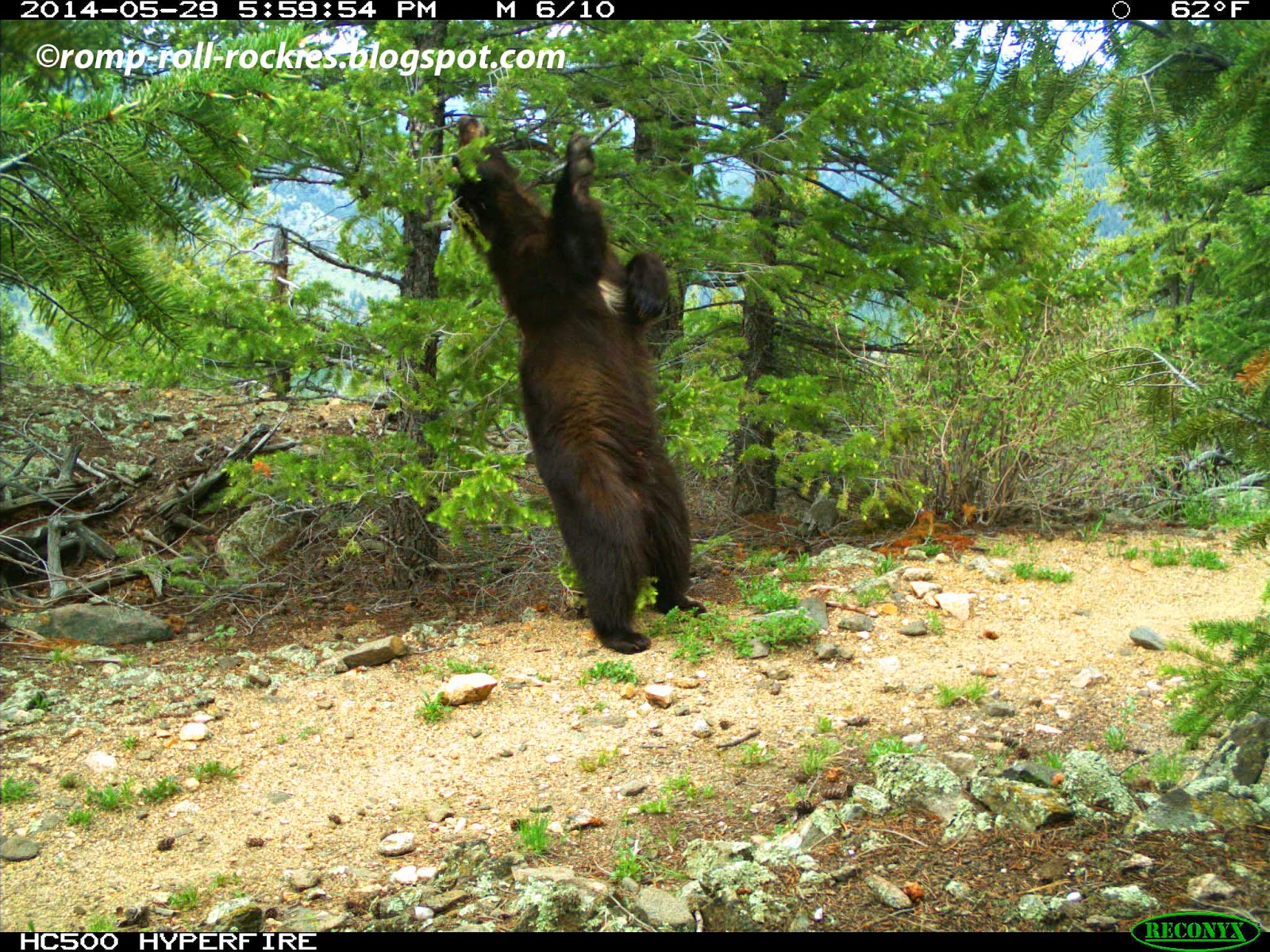 Milton Jr. was taller than the tree. 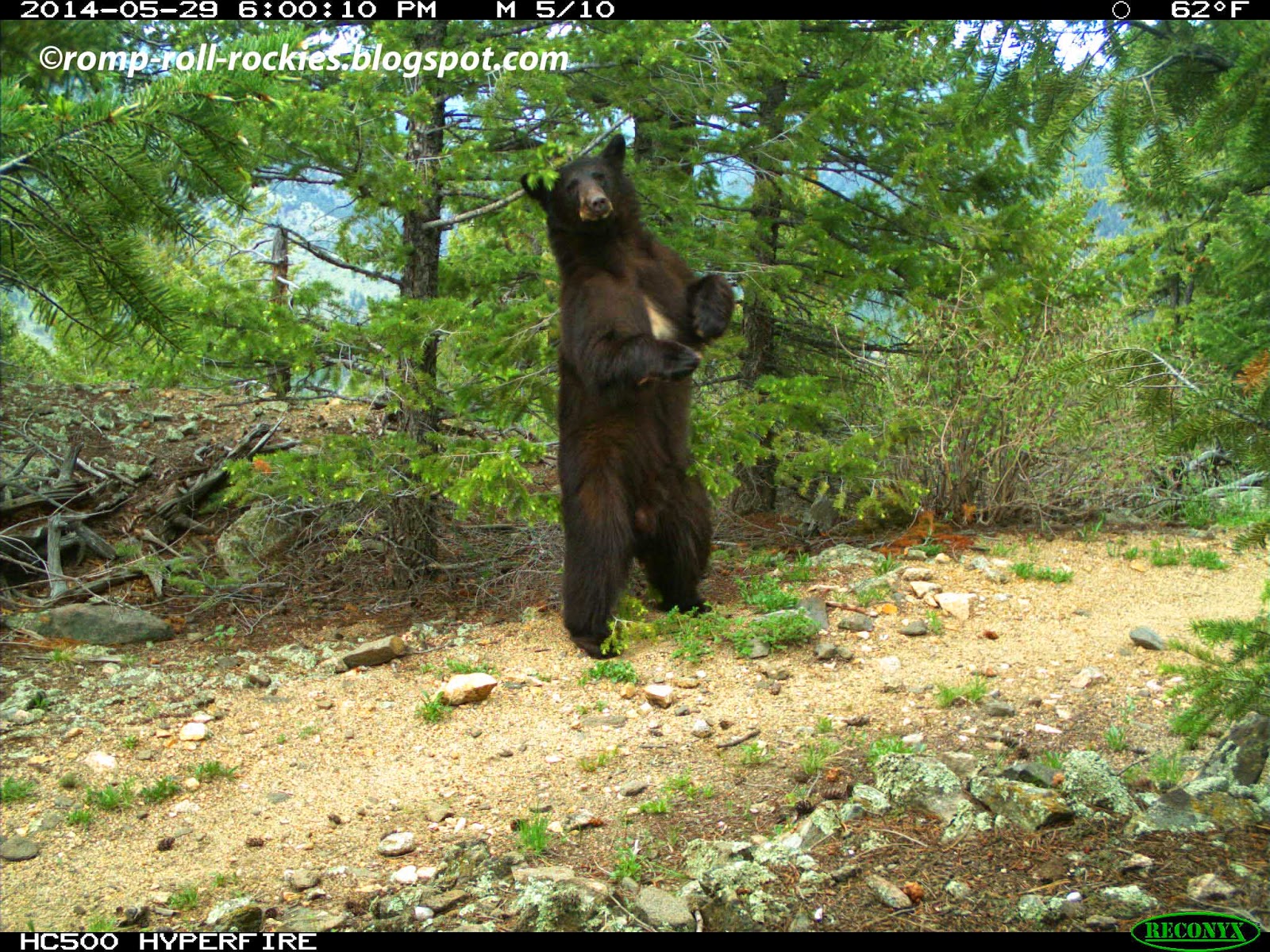 One piece of great news for the bears is that the Buffalo Berries are finally emerging. They usually appear in early July so they're about 3 weeks late. We have lots of Buffalo Berry bushes nearby. We know where these berry bushes are the densest, and we stay away for a few weeks each summer to let the bears forage in peace. 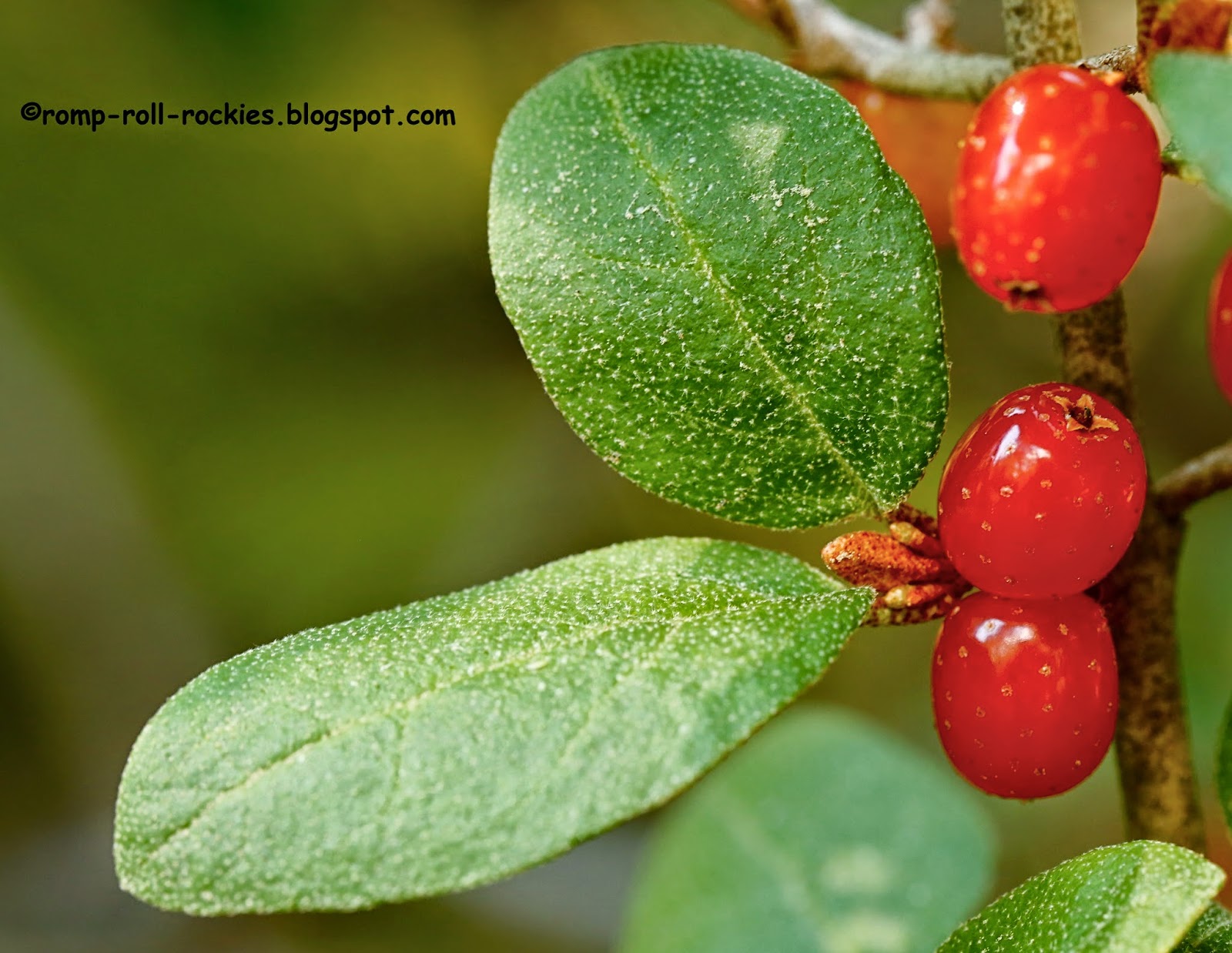 Last, but not least, the same trail camera has shown a bobcat carrying prey past it on multiple occasions over the past few weeks. In this photo, I believe she's carrying part of a rabbit. Repeatedly carrying prey in one direction usually means that a bobcat has kitten(s) stashed in a den. Like past years, we might get to see the kittens' maiden journeys with their mom! 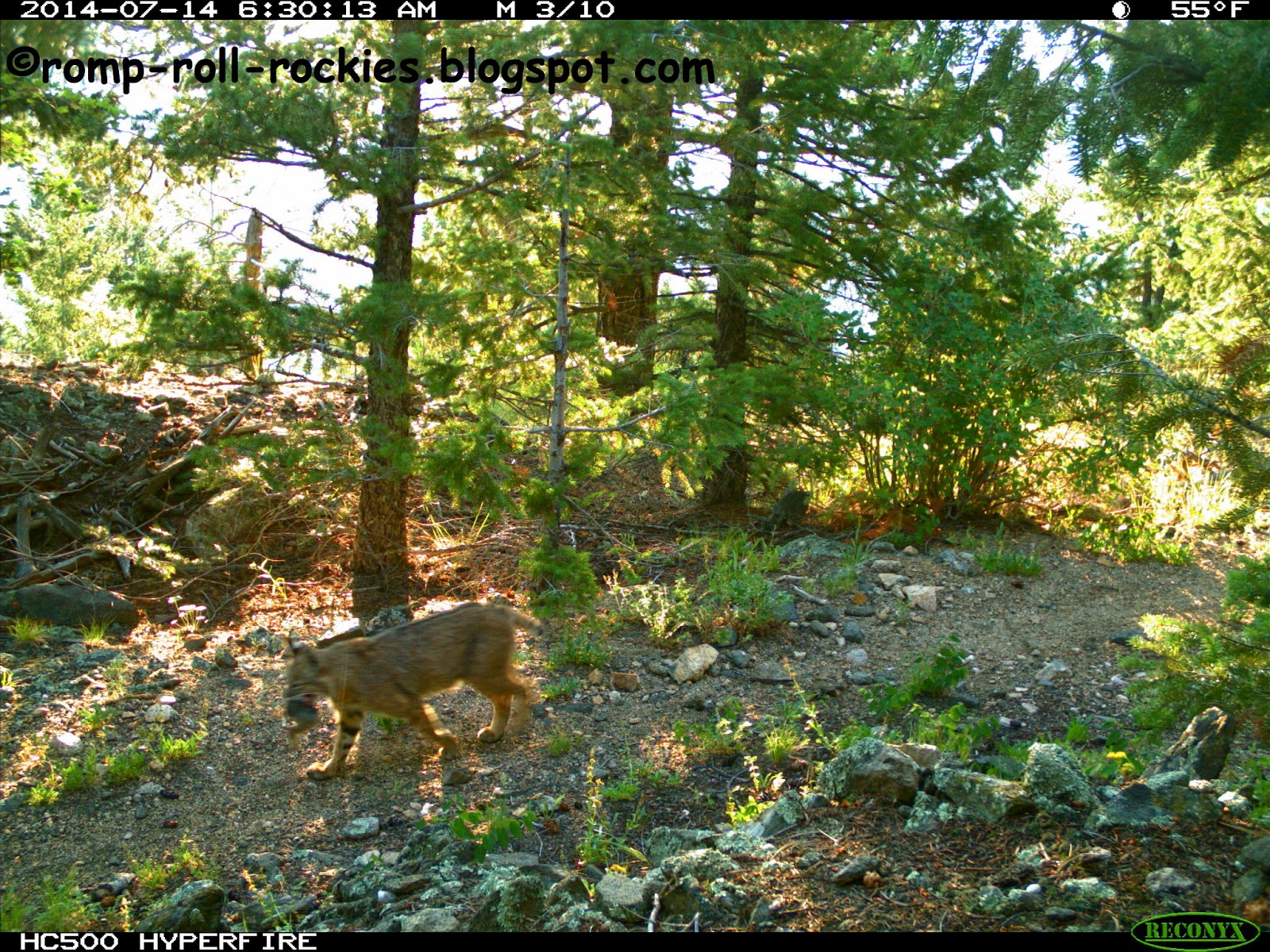 Enjoy the remainder of the weekend! 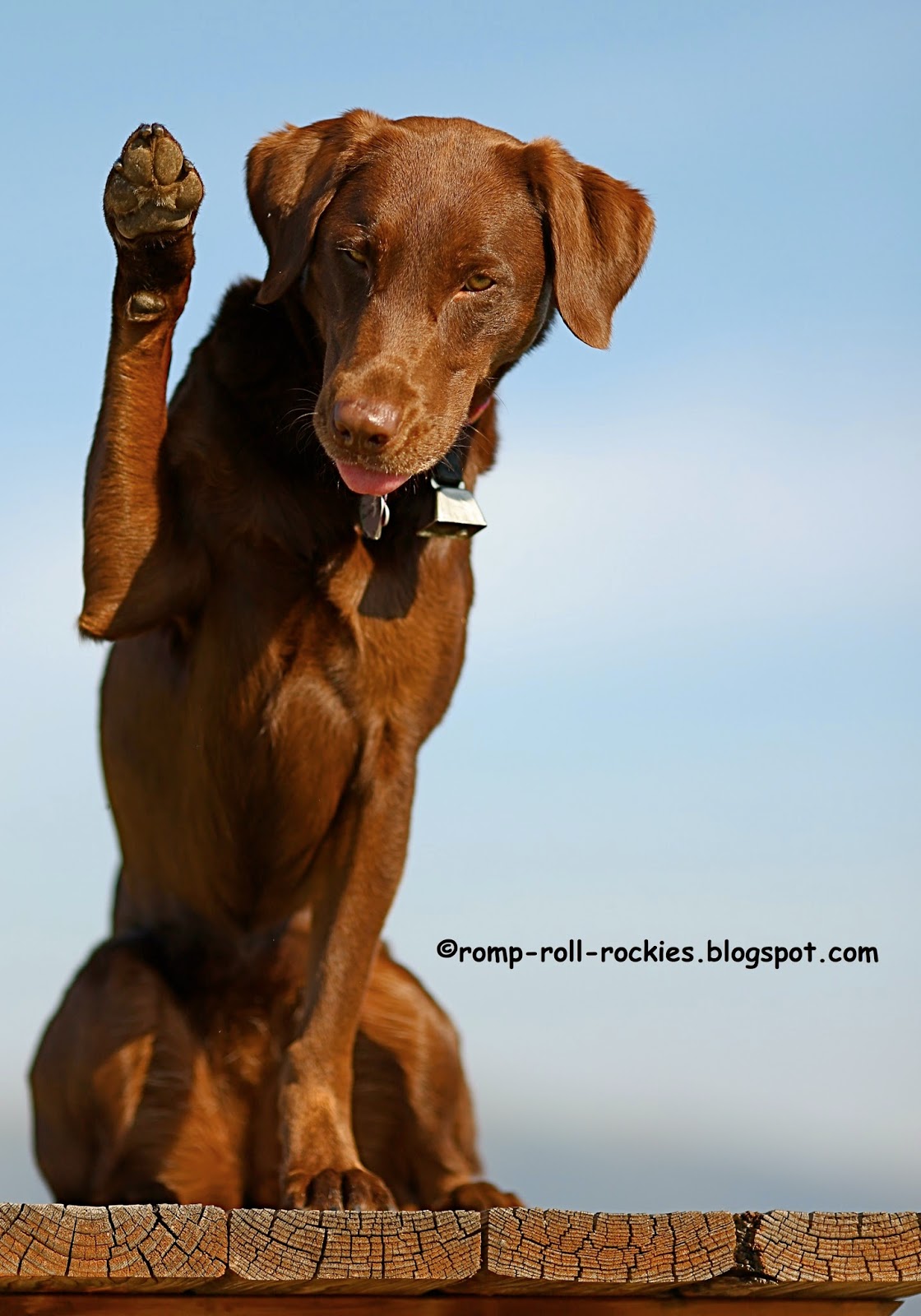