Just a bit more than 2 years ago, we adopted Hachi. He, his mother, and his littermates were rescued from city streets in Texas.

I didn't see this photo the same way 2 years ago as I do now. His eyes look old - as if he'd already seen and experienced too much in the weeks that he'd been on this Earth. 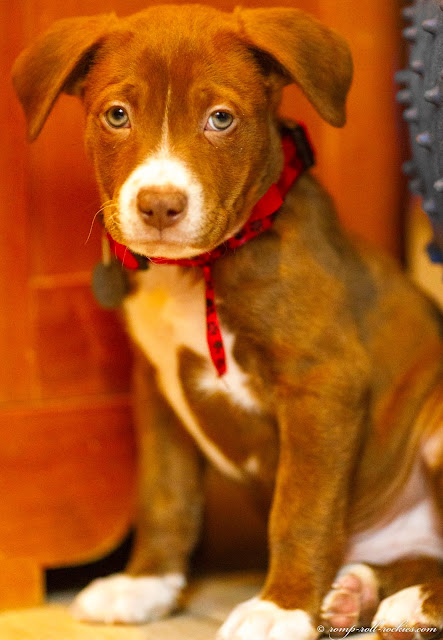 He was scared of lots of things, including venturing out of the house to take a walk. In this photo, he had decided that it was way too scary to leave the porch. 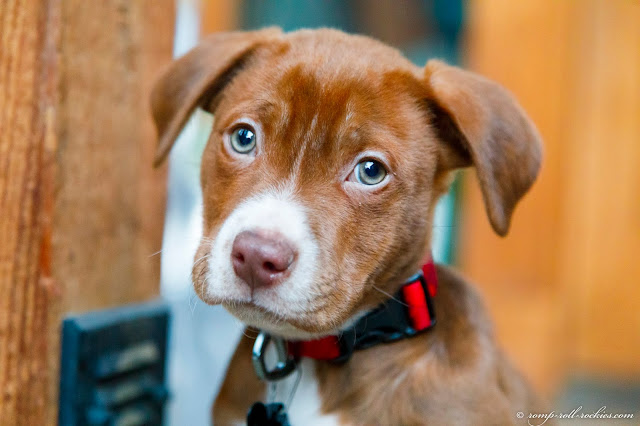 He loosened up as the days rolled by. He even learned to "stay" within the first month. 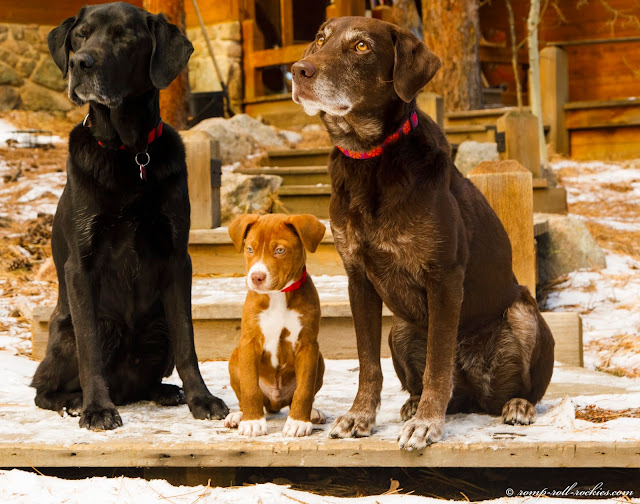 In retrospect, it was surprising how well he seemed to fit into our pack in his first 6 months. He seemed to love R more than anyone. 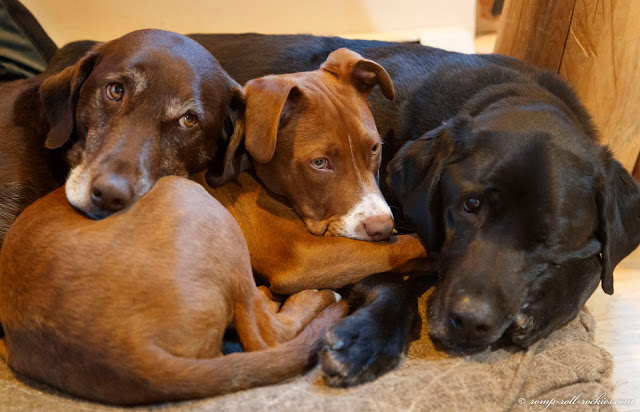 As many of you know, we hit a dark phase when Hachi was about 6 months old. We had to change everything - including getting him behavioral vet treatment and separating him from the other dogs. He was behaving aggressively toward R and very fearfully when out in the world.

If we fast forward through those dark days, I can now say that Hachi is so much happier and more relaxed. Just two days ago, he started having happy dreams. He wags his tail joyfully during them. We didn't realize that he never had happy dreams (all of our other dogs have had happy dreams) until we heard his tail thumping while he was sleeping. It has happened twice now, and I think that it's a super sign! 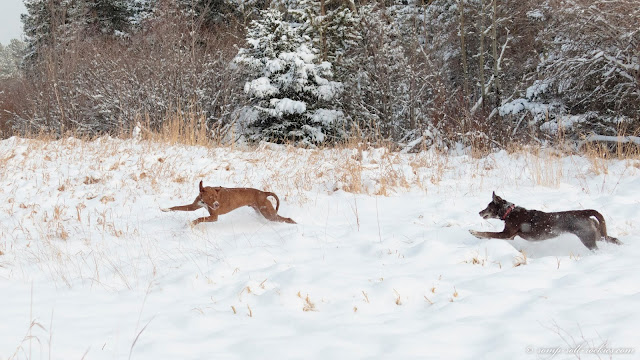 We think that Hachi is happier than he's ever been in his life. One part is this paradise that is our new home. Another part is his sister - who he gets to play with daily when we're at our new place.

Happy Gotcha Day, Hachi. You've taught us so much as we've traveled this journey with you. The journey is still a long and winding road but we will help you get happier and happier. Here's to many more tail-wagging dreams!