During our time in the desert, the Runner found a deer antler. He decided that he wanted to hide it on our favorite secret slickrock to see if anyone found it before we returned. Hachi had other ideas. He watched where the Runner hid it and immediately stole it from its hiding place. 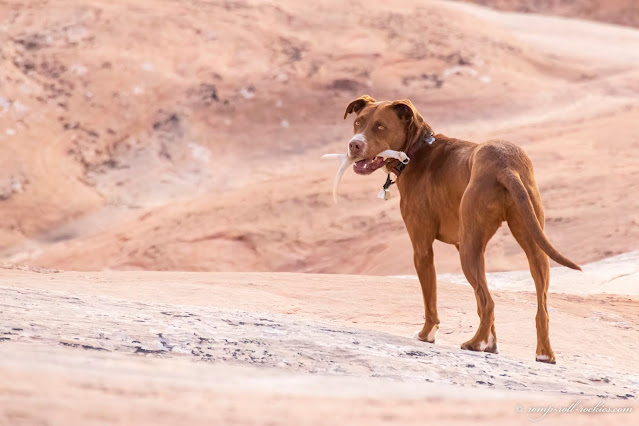 For his whole life, Hachi has buried all valuable things that he finds. At home, he buries antlers and bones all around our meadow. This slickrock threw a monkey wrench into his usual plan because you can't bury anything on it. So, he headed off. 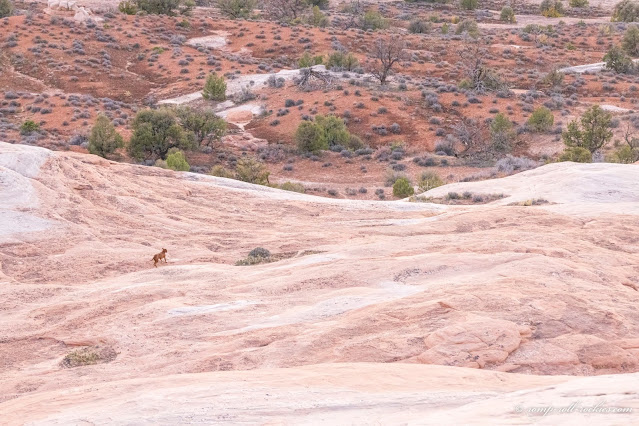 It is a big place. A bit later, he was way below us. Do you see him? 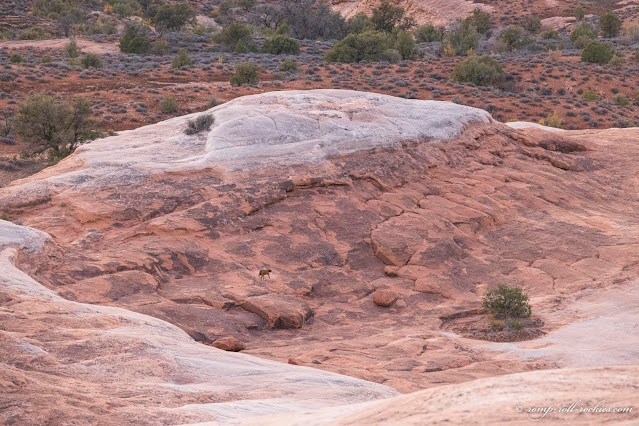 He was heading for the edge of the slickrock. He knew that there was dirt down there so he could cache his treasure. For his sake, I won't show the photo of where the treasure is buried. I wonder if Hachi will find it again when we return? 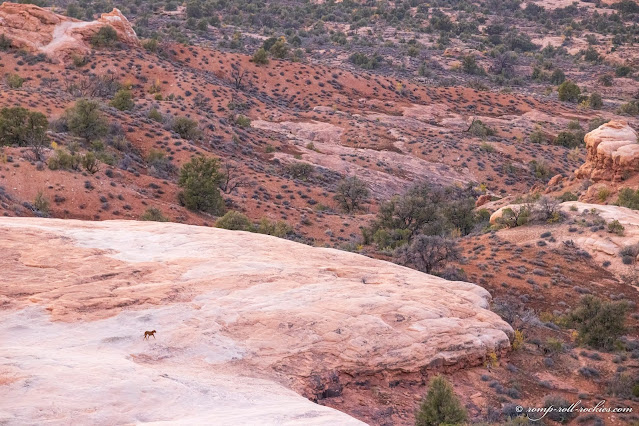 With the antler buried, Hachi sprinted straight up the slickrock to us. 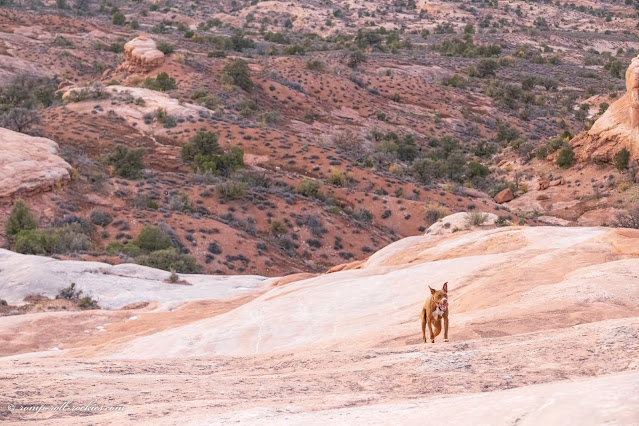 What an amazingly cute escapade!

Overall, Hachi is doing great. We can feel how open he is to learning so we're taking full advantage of it. He's been visiting the vet hospital parking lot and even the door to the exam room where he's gone in the past. He's been practicing his vet routine with us. And, he's meeting a new trainer early next week to work on getting to know a stranger (the trainer!). We are so optimistic.