Sharing the forest with our cats

A thin gap in the clouds on the eastern horizon let us see the sunrise light very briefly this morning. 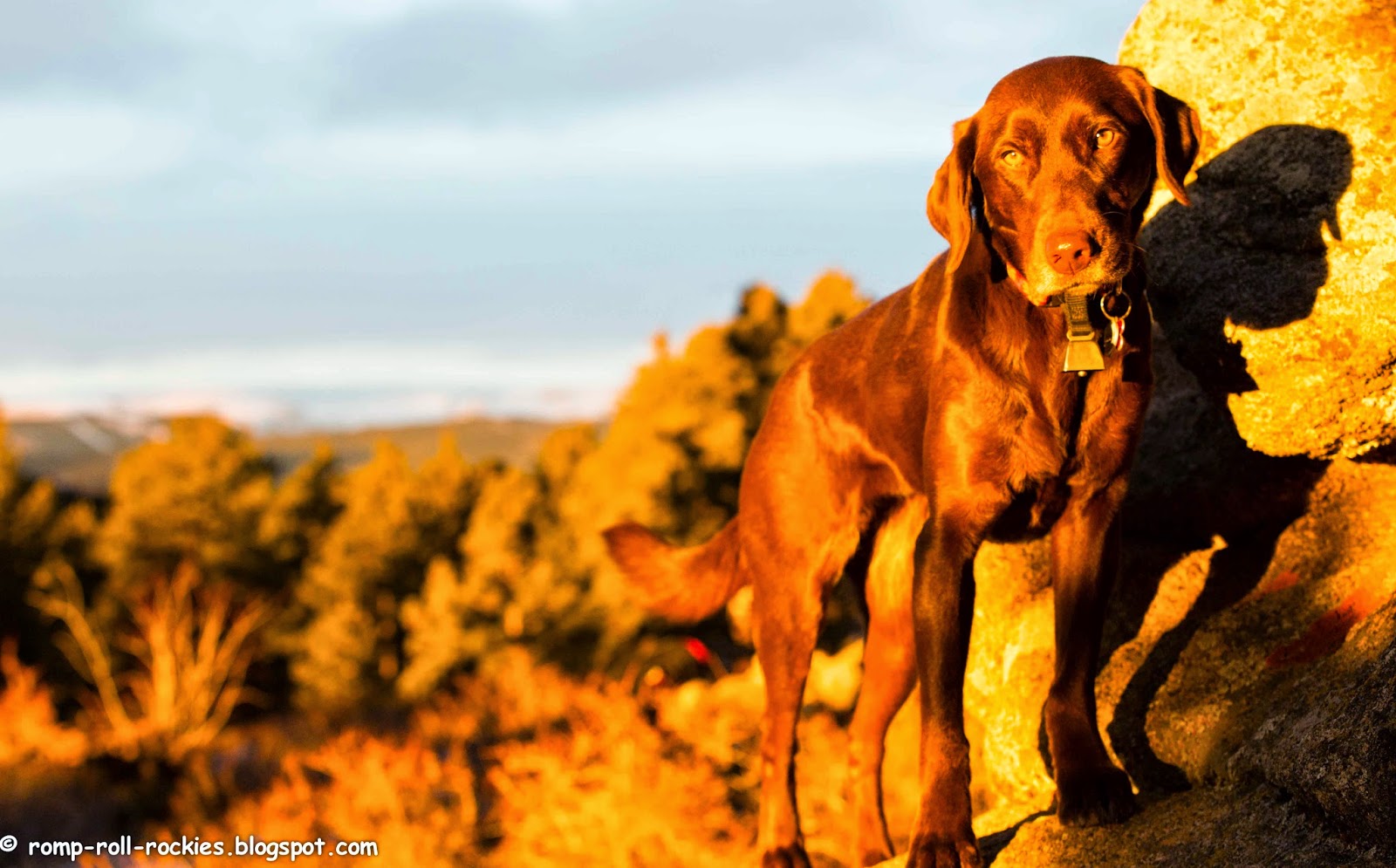 We seemed to be the only ones on the mountain stirring, except for the breeze. It was dead calm before the sun rose but picked up as soon as the light grazed our shoulders. 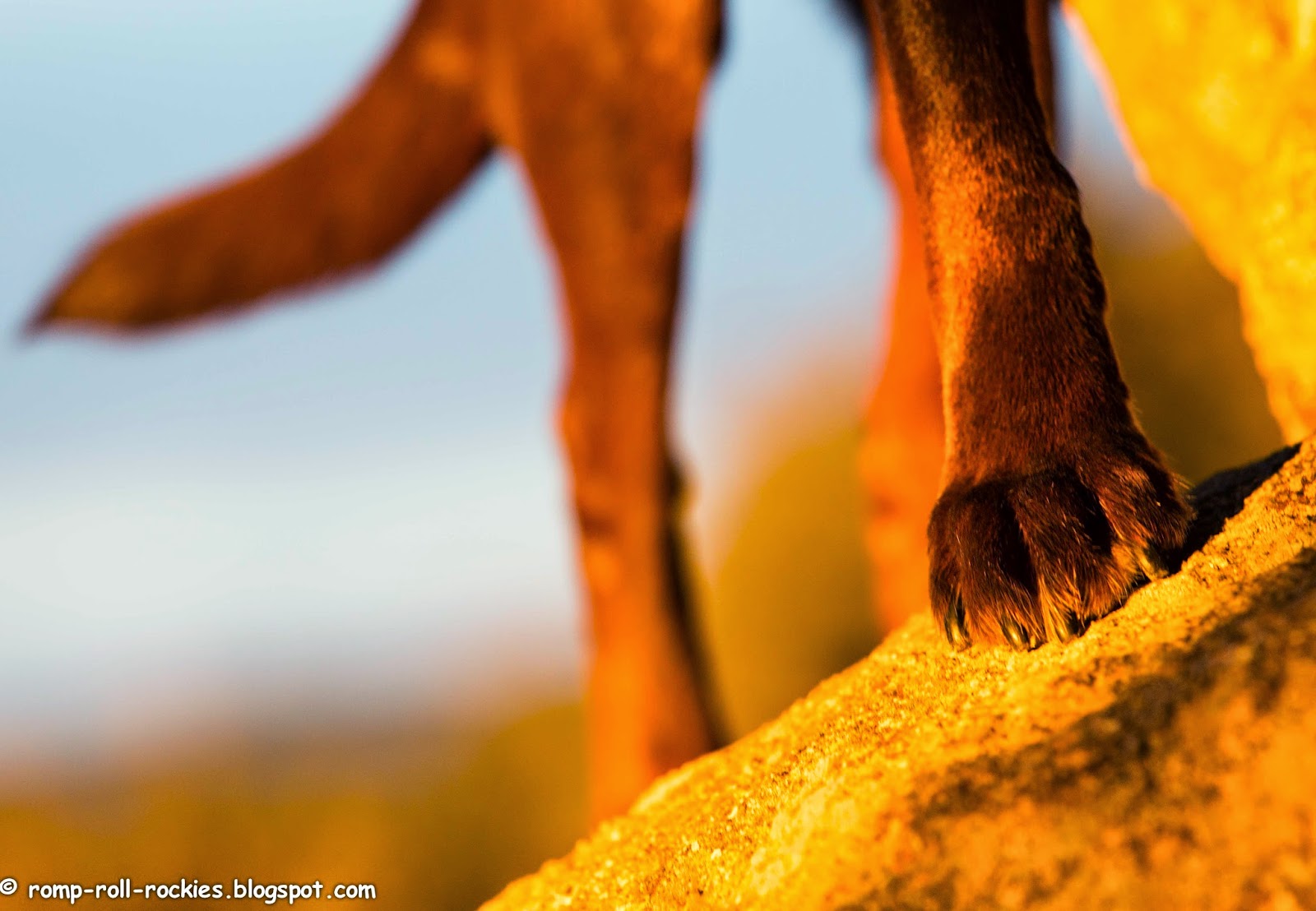 Then, after two photos, the sun rose high enough for the clouds to obscure it. The sunrise light was like so much of life - fleeting and changing too fast. 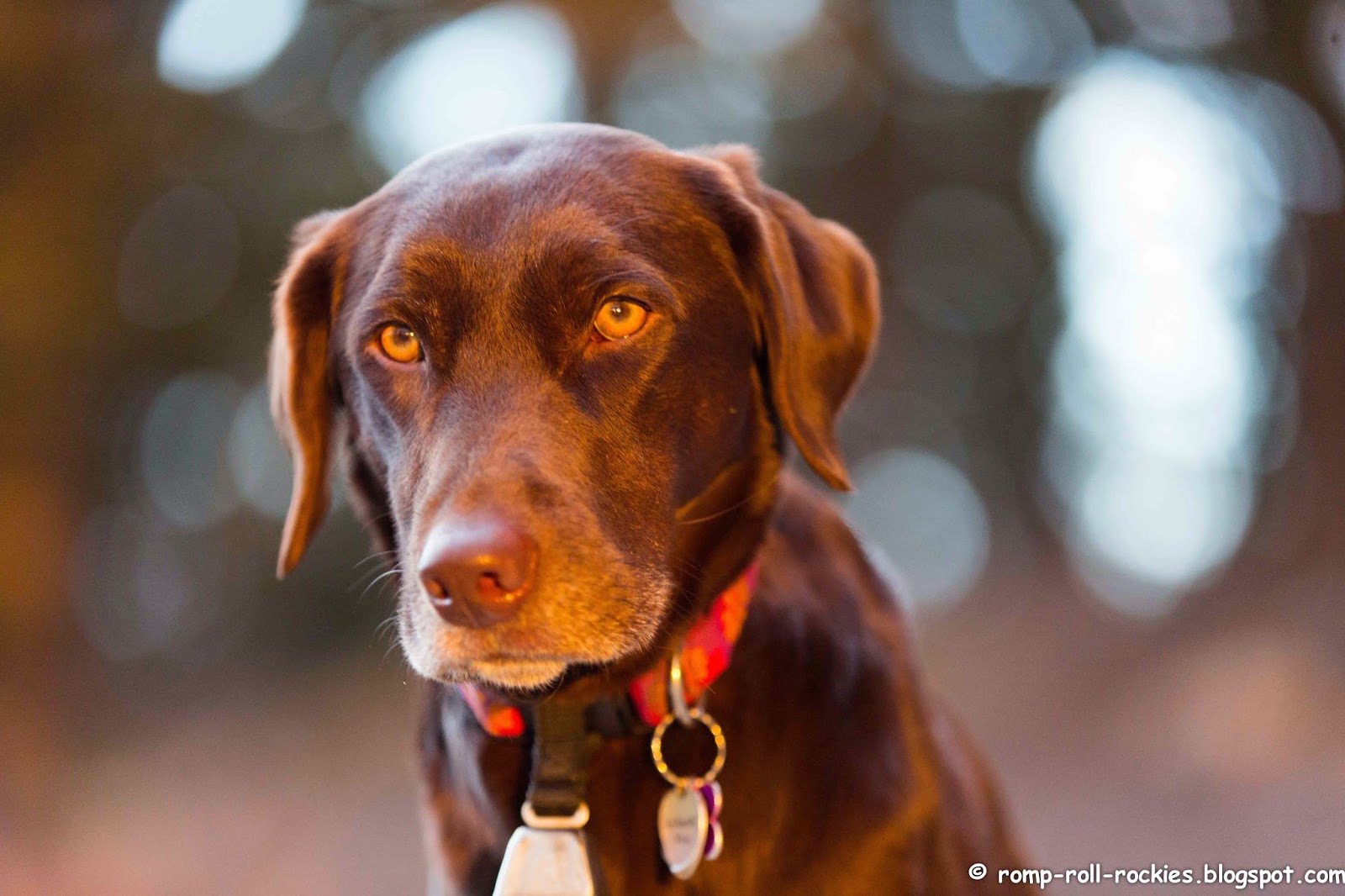 After that, we rode in a gray world. The one advantage to no sunshine is that the snowy trails remain firmly packed - good for riding a fat bike on them! We rode up to Hug Hill where Shyla's paws gripped her favorite rock. You can barely distinguish the snowy mountains from the gray sky in the background of the next photo. 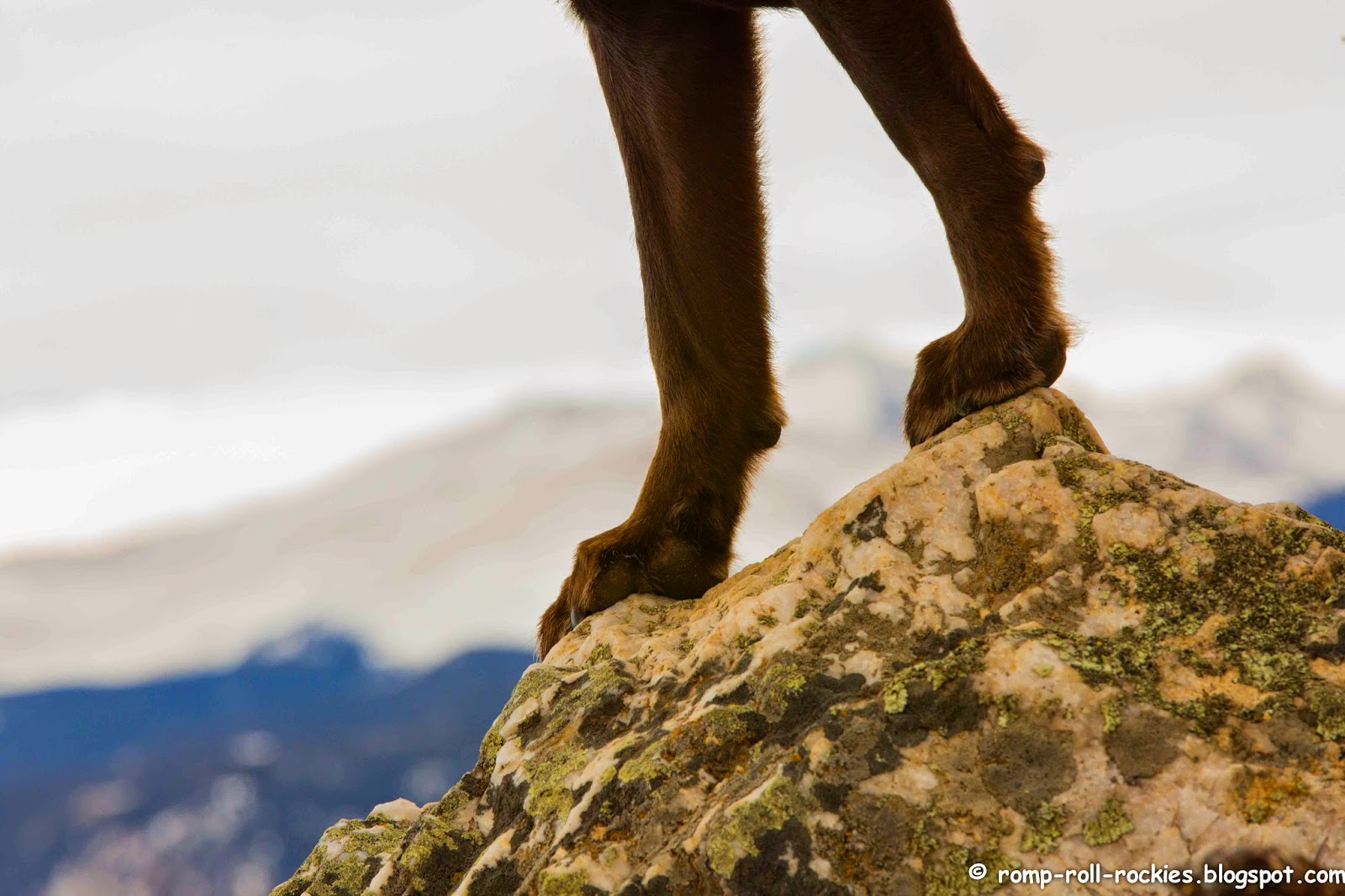 Yesterday, the impressions left by a mountain lion's paws told me that he'd been walking in my tracks in the snow. Wildlife save every calorie of energy that they can, even making sure to avoid walking in soft snow as much as they can. One way that I inadvertently lead animals to my trail cameras is with my tracks.

I followed my old tracks and the new lion tracks on top of them into a clearing where I have a trail camera. The camera saw a long flowing tail... 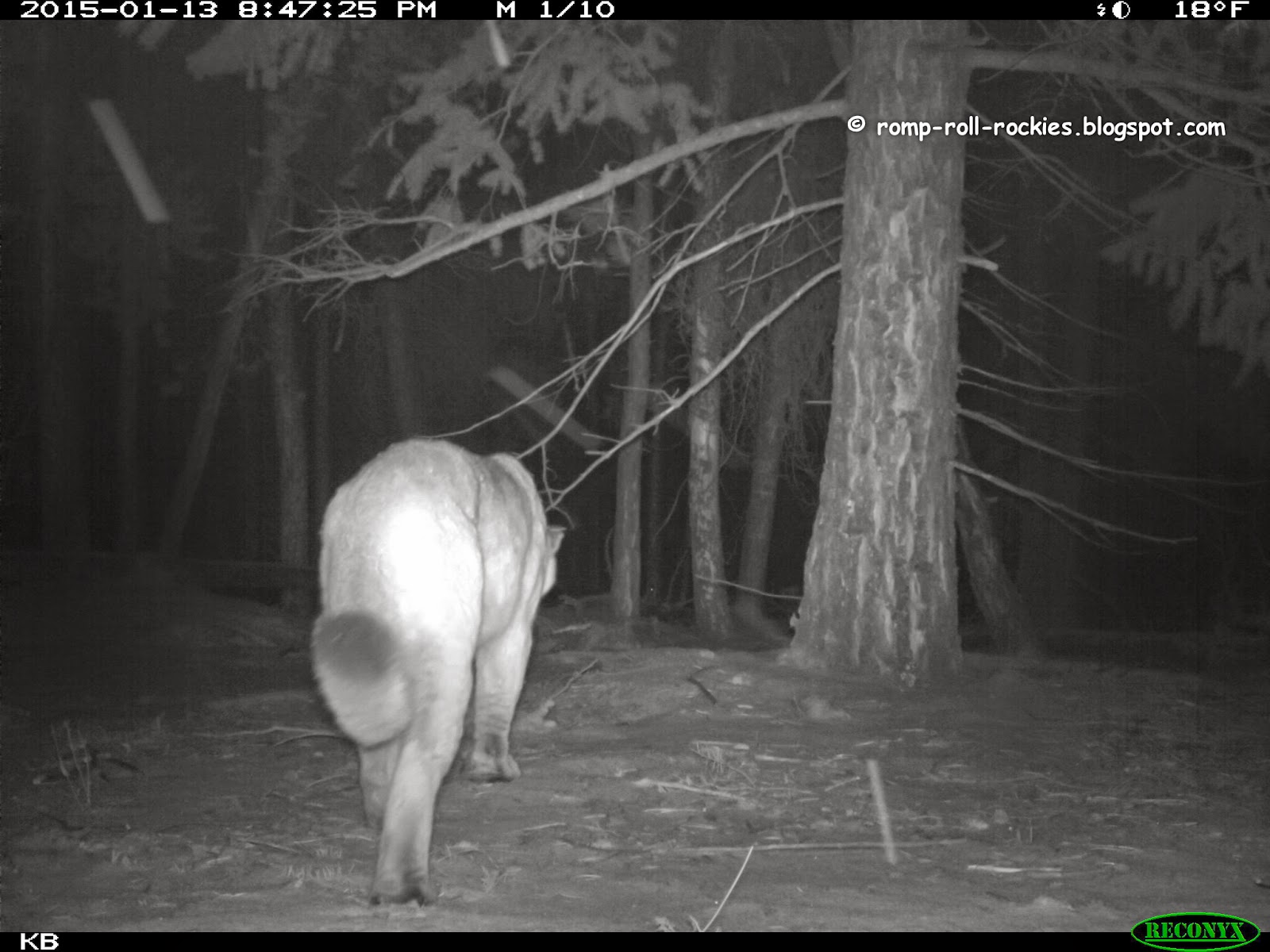 And then the lion turned a bit, showing that s/he wore a GPS collar so scientists can know where this cat goes. 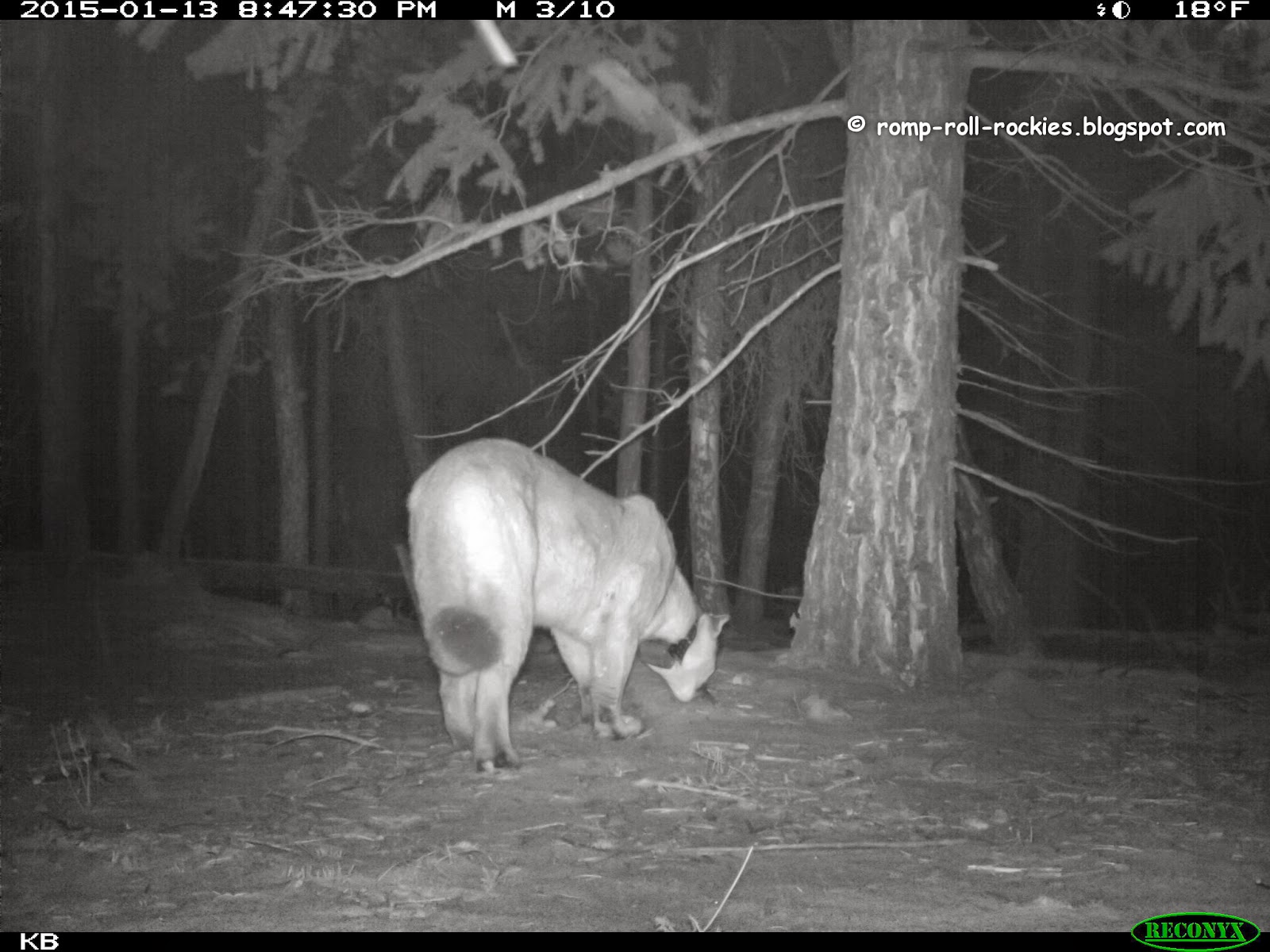 I've had a camera attached to the same tree for about 5 years now. Dozens of mountain lions have marked the spot that this lion sniffed. 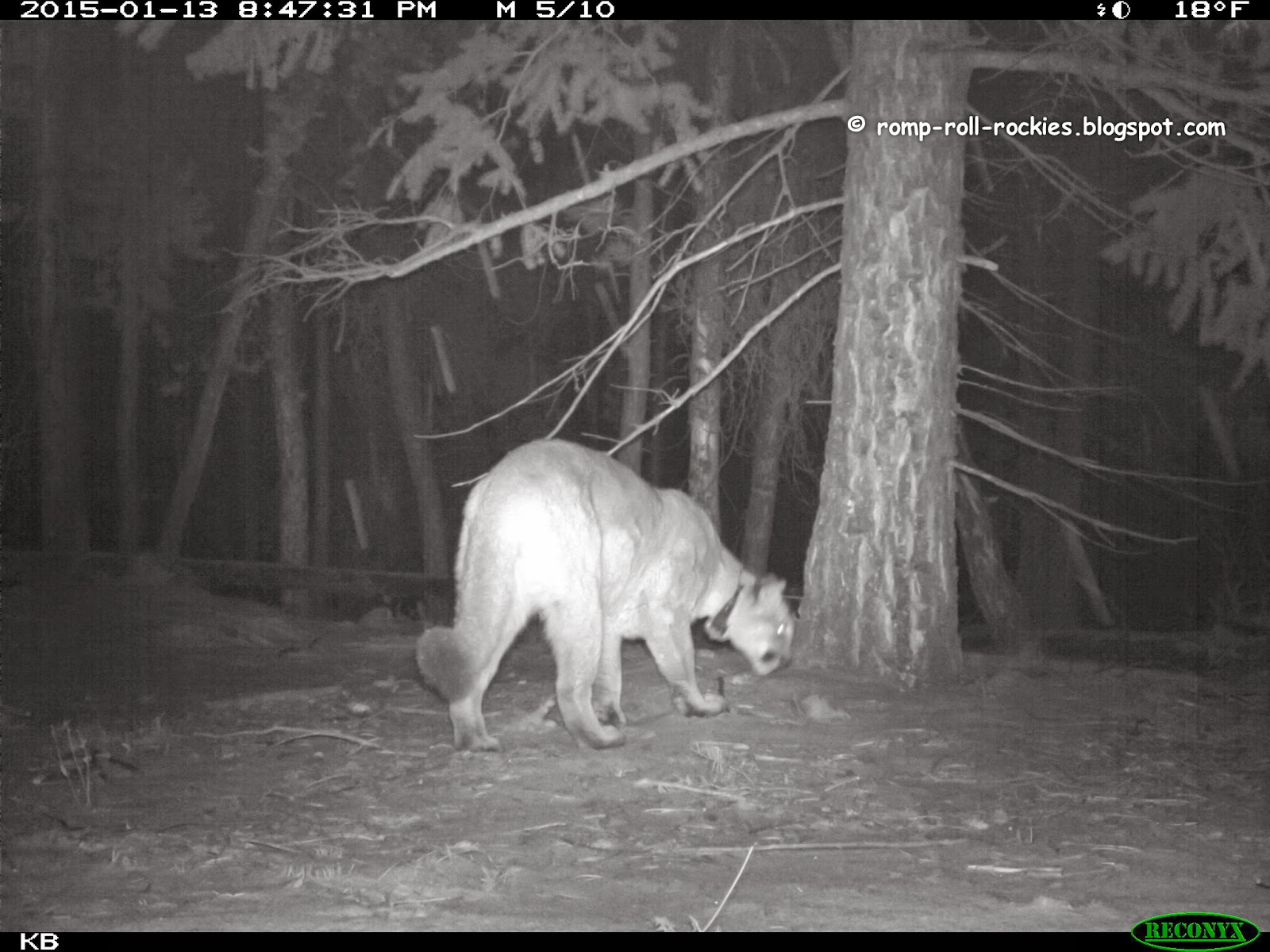 And then, s/he decided to add a personal mark. 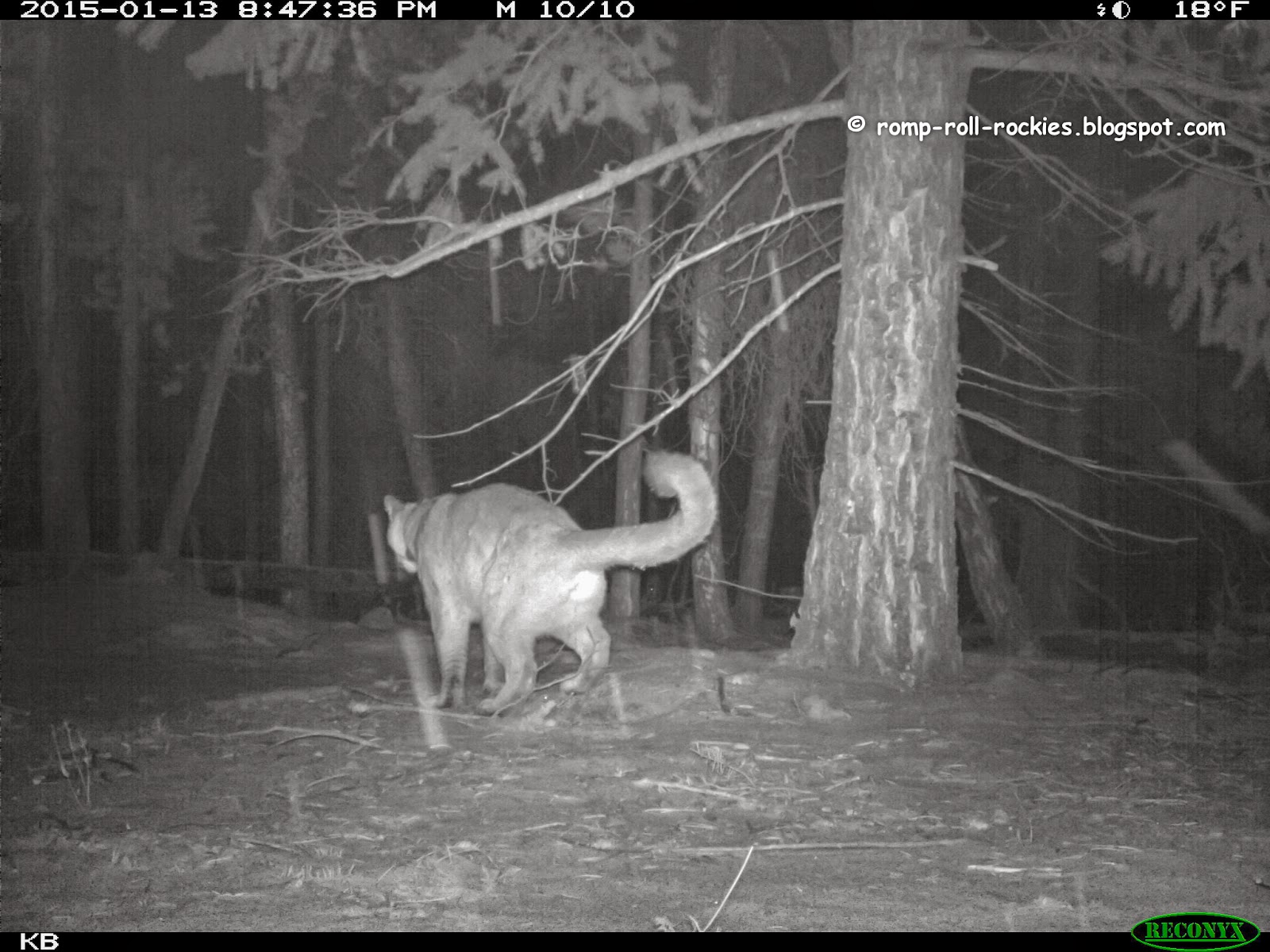 After a brief and not too vigorous marking, the lion sharply changed course and departed. 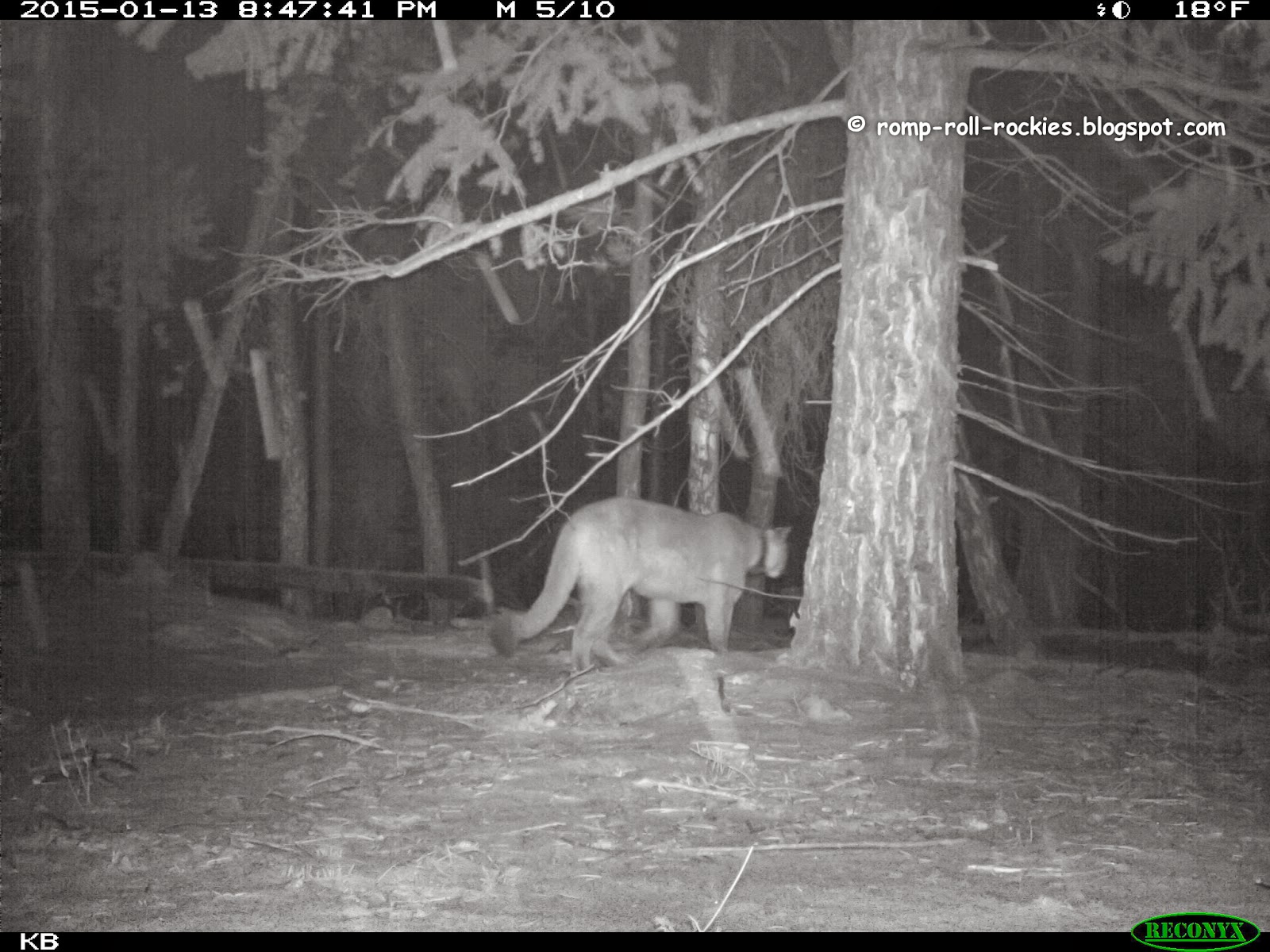 Usually, male mountain lions do the majority of the marking. However, this lion doesn't look as big or as muscular as the adult males who I've seen mark this spot. My guess is that it's either a sub-adult male or a female, based on size.

Interestingly, one of the last sets of photos that I captured of the mother mountain lion with her kitten included the mother leaving some urine as a marker. I thought that it was odd, and then I wondered if her kitten was getting close to becoming independent and, therefore, she was starting to mark so that male suitors could find her. 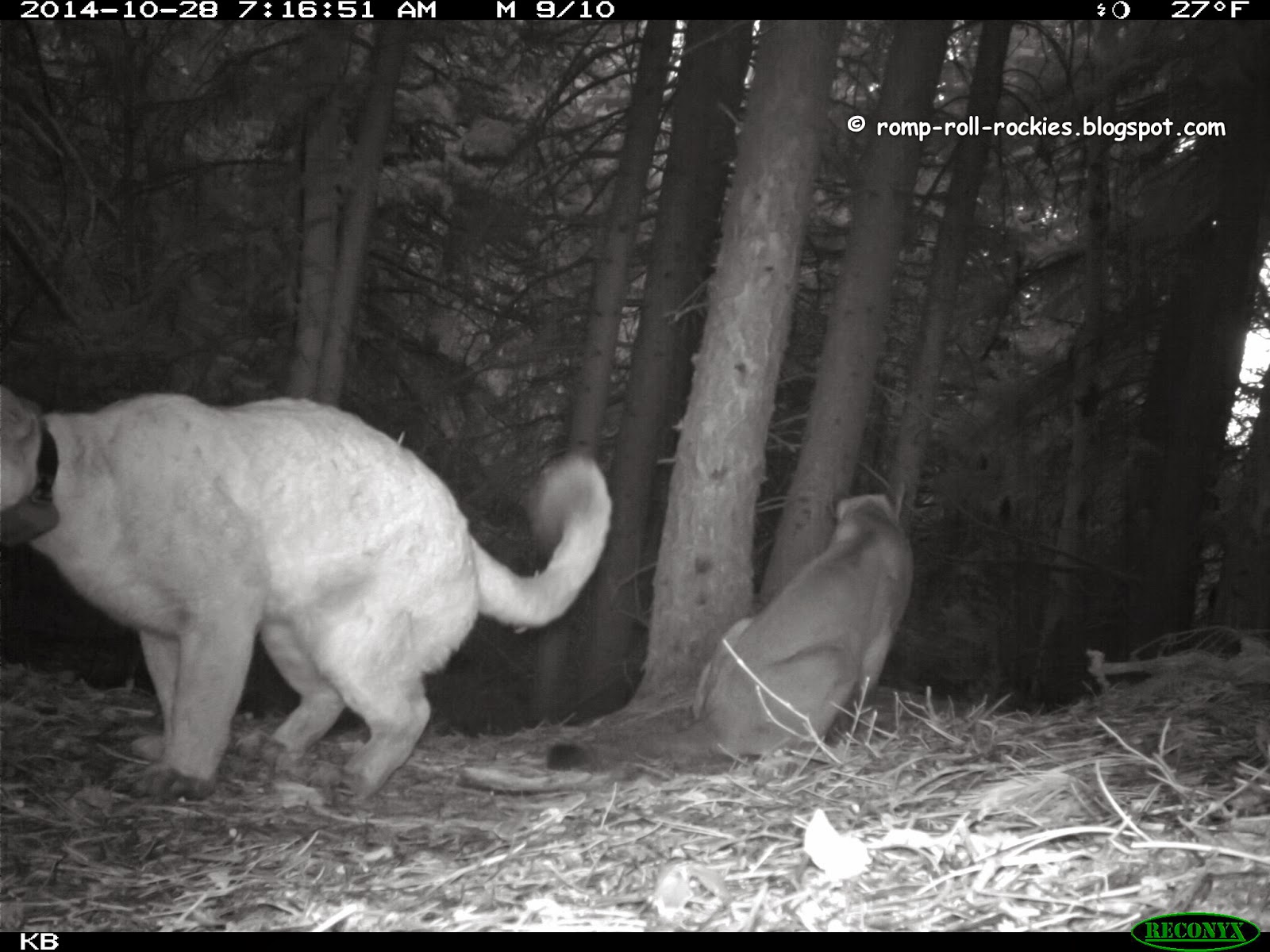 Her marking style was similar in both cases. She didn't kick backward with her hind paws like the big male mountain lions do. Rather, she appeared to simply leave a little bit of urine.

I sure do hope that this good mother mountain lion manages to attract a mate and raises another kitten in our neck of the woods!
Posted by KB at 3:51 PM