A Link between Dog Generations

Yesterday, I was cleaning out a closet and came upon a box of old dog toys. They were ones that I'd saved because departed dogs had loved them. Most had been in that box for at least five years but I still remembered them. I'm in a ruthless, save nothing phase, so I held each one, remembering the dog who had played with it, and then I tossed them out. With age, I've realized that my memories of my departed dogs have little to do with physical objects.

Many of the toys brought back memories of Angel K as a puppy. She adored toys at that age. However, she was very rough on them. Most of her puppy toys in the box were in a state of complete destruction. 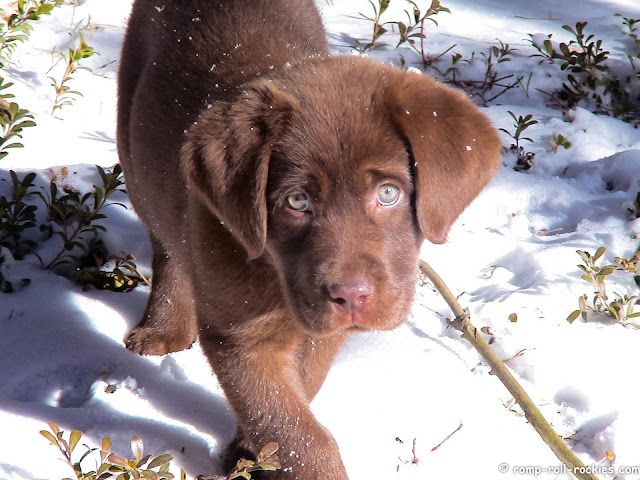 Then, I came upon a stuffed moose-shaped toy that was in remarkably good shape. I remembered that it had been around for a long time, over the lives of Astro, Acadia, S, and K. I'd put it away at some point when our dogs had lost interest in it.

Shyla has carried it around almost continuously since I offered it to her. She even uses it as a pillow for napping. And, contrary to her usual behavior, she hasn't destuffed it yet! 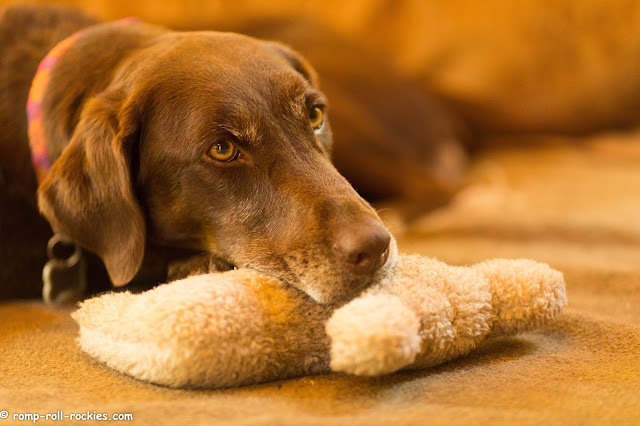 Times have changed in many ways since the last time that this toy was out around the house. We had never seen a moose in our neck of the woods then, making a moose-shaped toy a novelty. Now, it feels as if moose are everywhere! 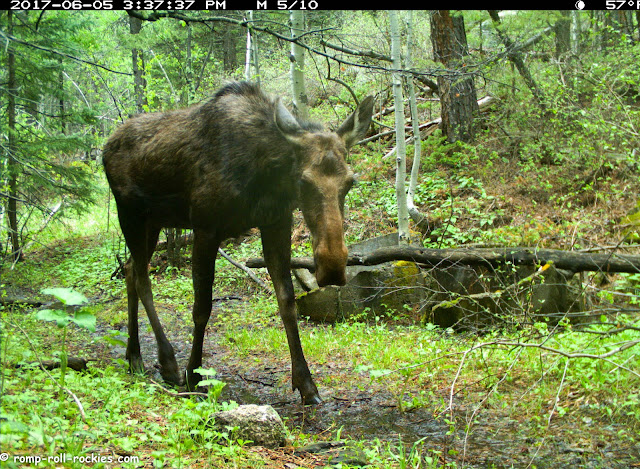 Even next to our house! 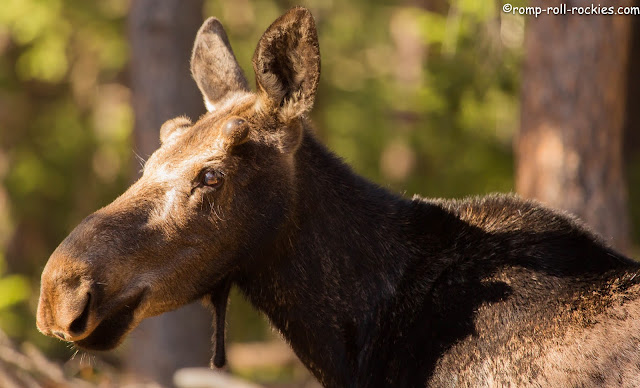 The main thing is how we humans smile watching Shyla carry the stuffed moose around, knowing how many of her predecessors played with that toy. It's like a link between dog generations, and we are so thankful for it.

We are part of the Thankful Thursday Blog Hop. Thank you, Brian, for running it.