Our Black Dog has no idea that anything is different with the outside world. He is getting stronger, day by day since his surgery. I must admit that I keep thinking that he's gotten as strong as he's going to get but then he surprises me. 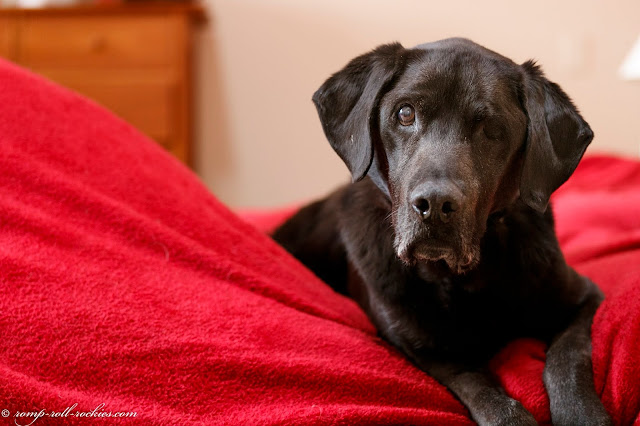 He's also getting much better at navigating our house because he is boldly trying to move from one place to another by himself. One of his new favorite places is on a bed that we recently placed next to my computer. That melts my heart.

When I take our Black Dog out for photos on his own, he gets so waggy and wiggly. He knows that it's his special time as the center of attention. I love making him so happy. 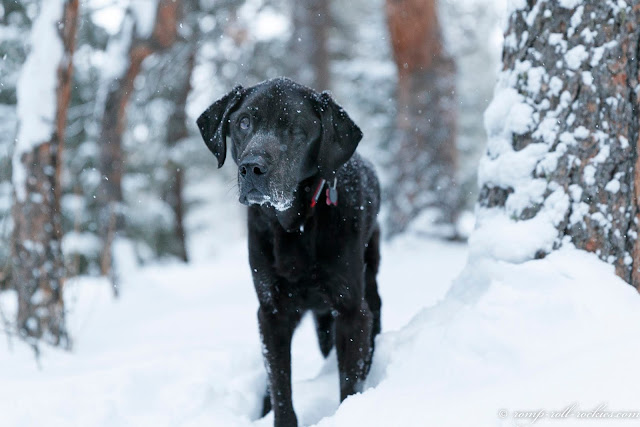 Since going completely blind, he seems to think that I'm about 6' tall (almost a foot taller than I am). I talk to him all the time to let him know where I am. However, most of the time, his eye is pointed way over my head. He thinks that I am larger than life!

Each week for Black Dog Sunday, I search through my photos of him to find ones where he's not gazing way over my head. It's a small percentage but there are a few. I love this one because he looks like a classic Black Lab. 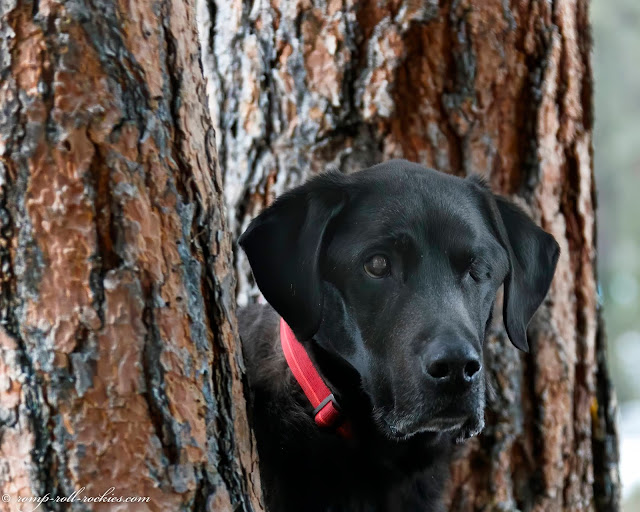 Getting him to gain weight has been a continued struggle but he's still a bit over 50 pounds (we are aiming for 54 lbs). The vet suggested another 25% increase in his food so he's now getting FIVE meals per day. He's laughing because now he's eating twice as much as before his splenic tumor was found. For a Lab who loves to eat, this regimen is heaven on earth.

Let's all channel our inner Black Dog this week. His hallmarks are pure joy over the smallest of things, optimism even as his own world has gone dark, and an urge to seize each day no matter what physical hardships he's facing. That's our Black Dog!

Happy Black Dog Sunday.
Posted by KB at 2:00 AM