It's full moon time! I think that's why Shyla has howled so much lately. You must be getting tired of photos of her howling. 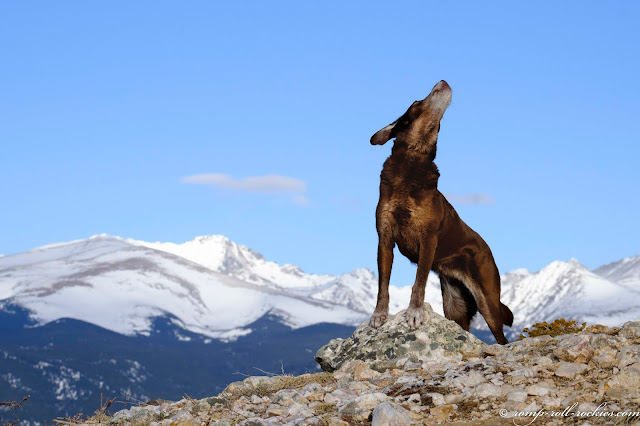 This month is a Pink Super Moon. It's "pink" because it's springtime, and not because the moon itself is pink. It's "super" because it's closer to Earth than usual, rendering it about 15% bigger from our viewpoint than usual.

The forecast looked very clear - which made it highly likely that I'd actually see the moon. However, it does make the view of it slightly less dramatic than when it's partly cloudy.

Full moon my time to get up very early to go see it set over the Continental Divide. I was not disappointed! 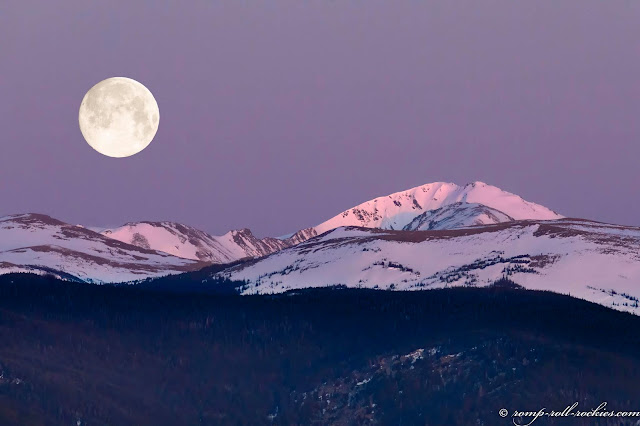 I said "wow" as soon as I reached the ridge where I could see it. It was further south than it has been in recently months so it wasn't over the highest nearby peaks. But, with a very long lens, I discovered that the terrain below it was craggy and beautiful.

In this very odd and upsetting time, I find myself filled with gratitude for the fact that nature is still following its monthly and yearly pattern. Its beauty makes me smile, no matter what.

Happy Thankful Thursday!
Posted by KB at 2:00 AM