When R was a young adult dog, his intensity ratcheted up. We'd gotten him from a breeder who said that he was one of the "lower drive" puppies in the litter. We frequently joked that we'd really love to meet the puppies who were higher intensity than the over-the-top R.

He was insane about running. He and the Runner would head out for a run every morning. R would bark like a lunatic prior to each run. With each very loud bark, he'd jump into the air. Then, when they hit the trail, R would grab the leash in his mouth to tug along his human.  My very first trail cam captured his antics regularly. 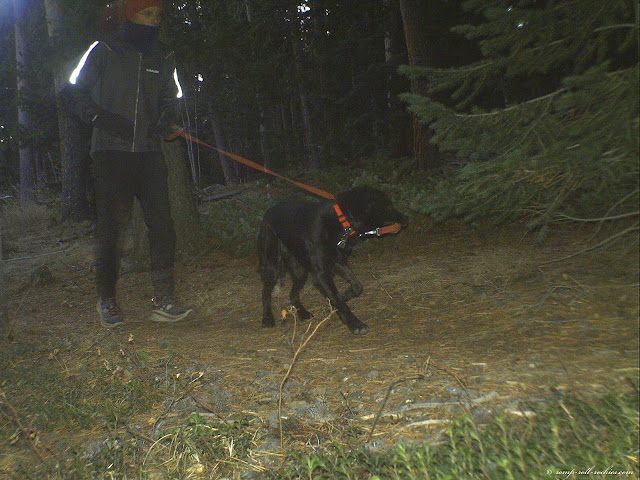 R continued this habit until the very end of his life. He went running on the morning that he died. During that last month and week, he sometimes took the leash in his mouth at the start of the run just like when he was a youngster. And he always barked with excitement as the Runner got ready to go. He was such a happy dog.

I'll admit that I found R to be hard to "control" during his younger years. He'd forget all of his training when he got excited about something. He'd bark and bark and bark, not slowing down when I tried to get him to calm down. He could drag me to where ever he wanted to go. In training class, his "loose leash walking" was great but it fell apart when R lost his mind with happiness.

But, I kept trying to strengthen his training. Occasionally, he'd stand still exactly when I wanted him to! He's standing with Angel K in this photo. 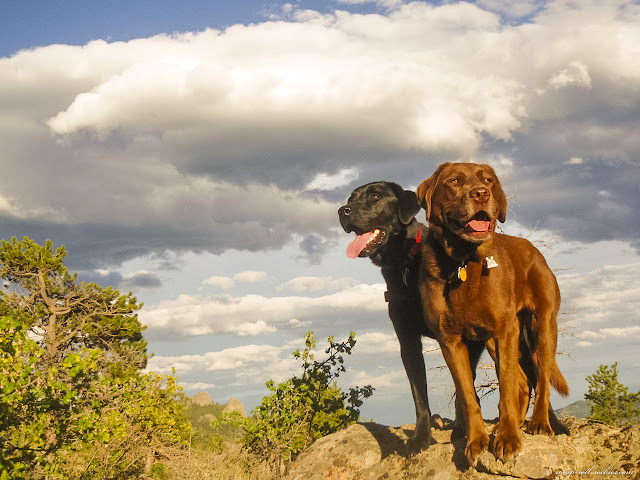 The amazing part was watching his enthusiasm for life turn him into such a charming dog when he was mature. People recognized his outgoing personality from a long distance away. He'd make eye contact and wag - and most people would not be able to resist him.