The Bears of Labrador Valley

One of the best parts of Labrador Valley for me is the bears. I have seen so many already! I think that our chokecherries brought in quite a number of hungry bears but that there are a few who call this place home for the majority of the year.

I spotted this one while sitting on the deck. I've learned to always have a camera with a long lens next to me. She was foraging for chokecherries. 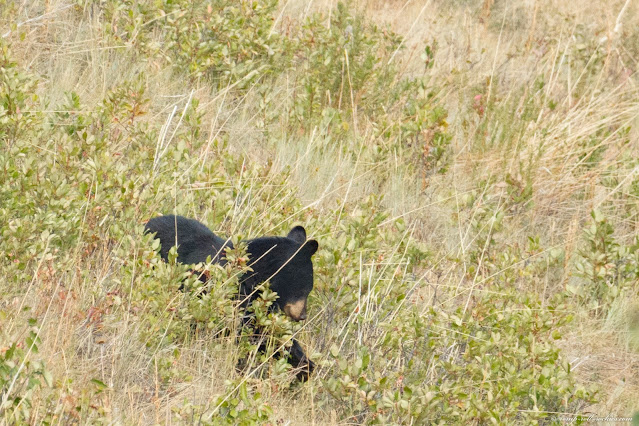 I think that she's a youngster. Her ears look big relative to his head, which usually means she's a small bear.

We do have some chokecherries left but the supplies are dwindling. After looking closely at some bushes, we think that bears eat them by grabbing a whole cone of cherries in their mouth and stripping the chokecherries off the stem. That's a fast way of eating them but it means that they eat lots of cherry pits! You should see their scat - bright red (from the cherries) and filled with pits. 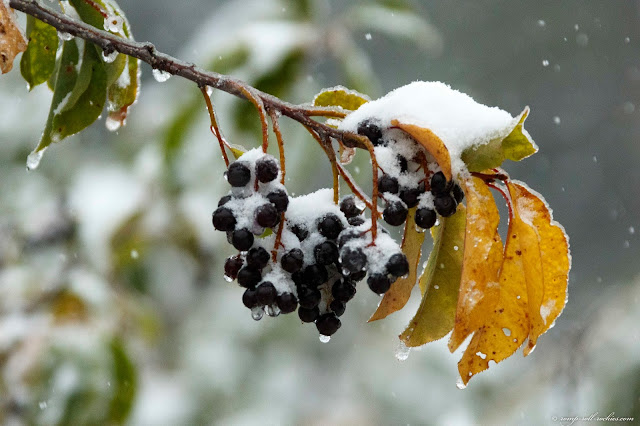 The bears here seem to be curious about my trail cams. In the majority of videos, they are monkeying with the cameras, pointing them off into the bushes rather than at a trail or tree. It's gotten hilarious to me - it's as if the bears don't want video taken of themselves so they change the camera's aim!

Check out the compilation of video clips that I've gotten so far in our valley. I think that the smallish bear who you'll see in the snow is a regular here. It'll be fun to watch her grow up!