We got into our new place. We had no power so we spent the time winterizing it to avoid bursting pipes or destroying appliances.

The weather has made a drastic change. It's 13°F and there's a coating of freezing rain on everything. We are back at our old place which does have power.

It has been such a frantic and disorienting time. We are lucky to have our old house to take refuge. This would have been a lot harder without it. However, I also feel a bit lost. Some of our belongings are in our new house and some are in our old house. Many items are "lost", maybe thrown into bags as we evacuated and brought to the old house. Or, maybe they're in the new house. My heart is similar - confusion reigns as we are stuck between chapters in our life.

The most amazing thing is how well Hachi is doing. He just had a birthday, and he's 2 years old now. He's handling this chaos with surprising calmness. We had three sets of workers at the old house yesterday while we were there, and he barked a little but then snoozed. That is almost unbelievable for him. I have been blown away by his behavior repeatedly during this event. 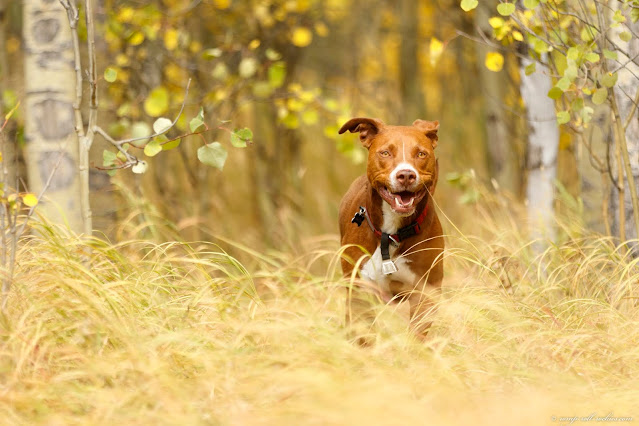 We have continued his training while we've been evacuated, learning the "Bucket Game" for cooperative care. We'll use it (after he's learned it) for things like nail clipping and checking a body part if he's hurt. He has made a sudden breakthrough in his understanding of it. Why now when we've been working on it for months? I do not know but I'll gratefully accept it.

At some point soon, I really am going to take that blogging break. I need to rest and find my inner peace again. If the blog stops, please don't worry. I think that we're safe from fires, at least for now. The one in Rocky Mountain National Park could conceivably threaten us but it feels unlikely right now.

Thank you for your support and love.