For all the tumult in our lives, Hachi has done remarkably well. On our first day in the desert, it was balmy and warm so Hachi and I played together close to K's Rock. I could see that he was a bit tense but he seemed to loosen up with time. 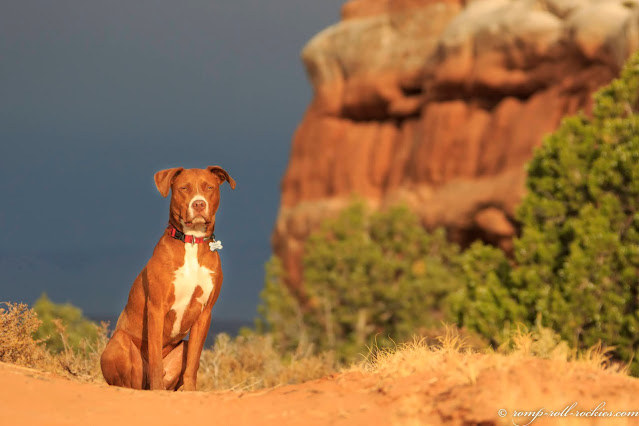 A winter storm front arrived a few hours later. The temperature plummeted by about 50°F, and it snowed really hard. K's Rock looked totally different by the next morning. 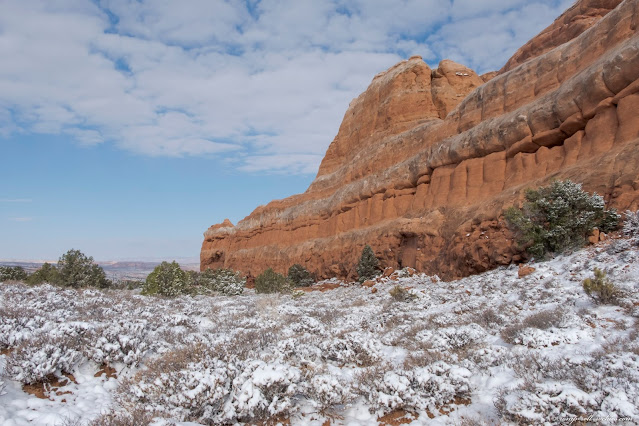 The cliffs along my riding route also looked spectacular with snow on the ground. 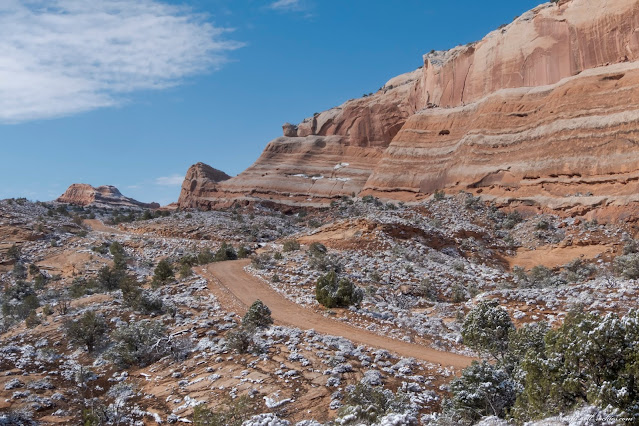 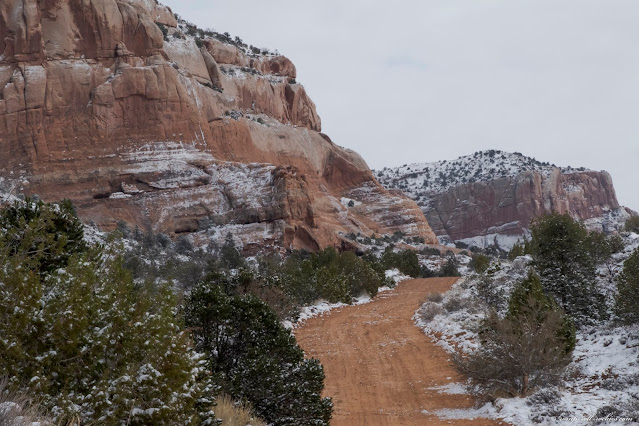 By that evening, the snow on the slickrock area near our campsite had melted so the pups could play. 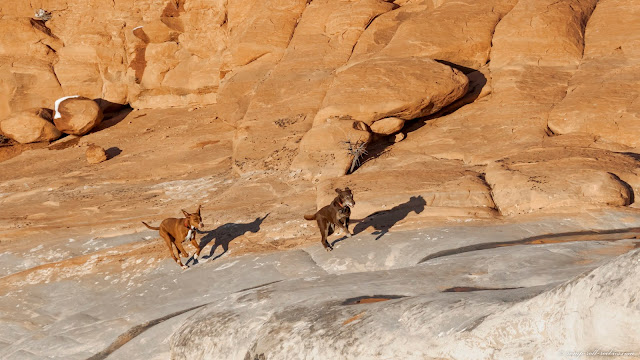 Hachi played beautifully with Shyla throughout the trip. He was goofy and happy when they ran around together. However, I wish that I didn't have to report that he lost his cool toward Shyla a few times in our campsite for no obvious reason. Each time, he got in Shyla's face barking aggressively. Shyla reacted to his aggression with total shutdowns. She simply stood rooted in place and did not respond in any way. Shyla has a long history of responding to stress in this way, and it's probably good for defusing aggression from another dog. Within minutes afterwards, she seemed absolutely fine and was willing to play with Hachi when we let them off leash together.

The aggression was upsetting to say the least. However, we both think that Hachi was trigger-stacked by how many parts of his life are unpredictable. The vacation was great for us humans but probably tough on Hachi who was already confused by our move. We've been super careful about keeping them separated inside the house since then. They still play wonderfully outdoors so that's good. Shyla is not afraid of him.

Hachi is a complicated dog. Humans failed his mother and him early in his life by letting his mom be a stray on the streets while pregnant and then raising pups. It's difficult to help him heal from that damage. However, despite the recent setbacks, I think that he's come a million miles since we first met him. 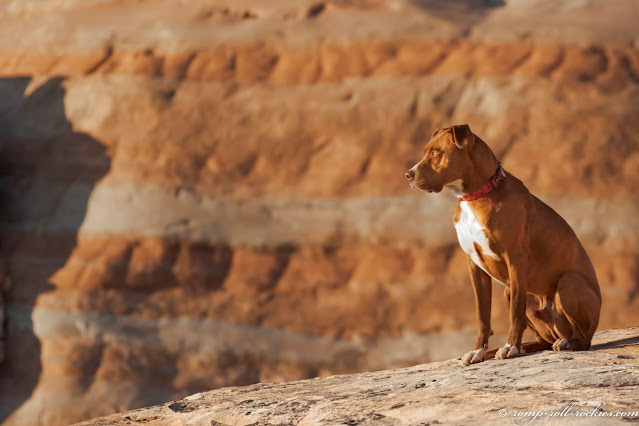 We love our Hachi. We are as devoted to him as he is to us. We will help him through this phase.