Hachi is settling into Labrador Valley, enjoying his playtime and off-leash running. He is an incredibly athletic dog who needs daily opportunities to stretch his legs. He got those in the desert on the slickrock and he gets them here. 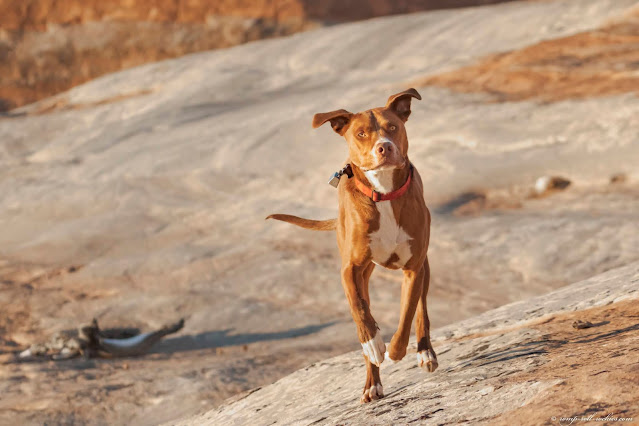 That doesn't mean that his behavior has been perfect. On the good news side of the ledger, he is getting along beautifully with Shyla (and that's so important!). But, he had a bad few minutes when he saw some people who he's never met before. And, he's suddenly decided that he doesn't like sleeping in a crate. He barked the night away last night - until the Runner kindly took him to the living room for some snuggle time.

He's a complicated dog. The damage from his early days is not easily fixed. But, in general, he's very slowly getting better. We have to keep the faith when the inevitable hiccups happen. 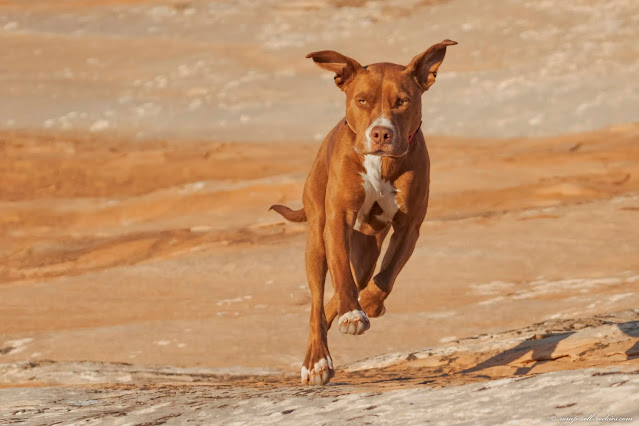 It was ironic that I had a dog chase me aggressively the other day during a snow bike ride. I happened upon some people who had driven back into the forest to illegally cut Christmas Trees. They had their dog loose, and he was worse than Hachi is with strangers (I was the "stranger"). Yet, the people didn't even try to get the dog away from me. Fortunately, Hachi has taught me the best reaction - ignore the dog while moving away from him. That strategy worked while the owners watched silently. Perhaps they didn't know what to do? I know how difficult it is to be the owner of a dog who behaves like that.

We will keep helping Hachi to be less afraid of strangers. We love him so it comes naturally to us.