We spent some time at the old house this week as the construction started to take over the entire new house. It was so nice to have an oasis from the chaos. Despite that luxury, I was hit with a train of migraines that has continued. So, I'll keep this post short and try to get some rest tonight.

Shyla and I visited our old haunts during our early morning bike rides. It was a cloudy time so we didn't find great golden hour light but we still had fun. 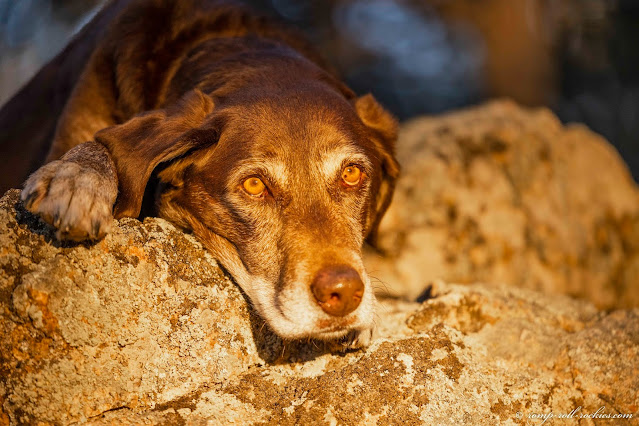 I was feeling the stress of having such an unpredictable life. While we have a great construction crew, it's hard to predict how disruptive their work will be. So, we cannot predict which house we'll be living in on a given day. And, our old place is moving toward sale even though it's not on the market yet. Feeling the squeeze between the remodel schedule and possibly selling the old place has put me on edge. That's probably part of the reason for the almost daily migraines.

Shyla could feel it too. She woke us up in the middle of the night looking for reassurance. She reads us humans so well. There's no hiding anxiety from her, and she takes our emotions as her own.

We did the best we could to have fun during our morning time together. Shyla sang out her worries from atop Hug Hill. 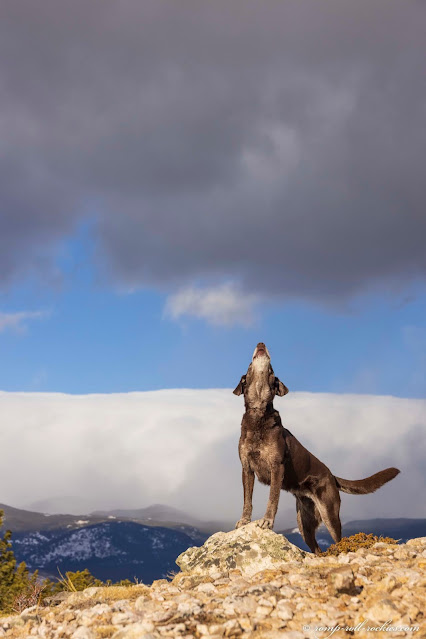 The cloud bank behind her completely covered the snowy mountains. The clouds are now finally bringing some snow, and that's a good thing during this incredibly dry winter. Plus, Shyla loves playing with her brother in the snow.