What Happens when Hachi Gets Sick

After a very long Friday of worry, I am going to break from my normal posting pattern.

You might remember a fairly recent post about Hachi. It focused on how to take him to the vet given his extreme fear and reactivity. We decided to wait until the Covid risk had lessened before taking him for his annual exam so that we could be with him before and after sedation.

On Thursday-Friday, Hachi had extreme GI distress, including diarrhea and vomiting. By Friday morning, he was acting very subdued and was not willing to take a pill pocket. He takes behavioral medicines a few times per day so he was getting behind on those.

At about 5:30 AM, we realized that he truly needed to go to the vet. We feared an obstruction because of how much blood was involved in the GI distress. As early as possible, we called his regular vet and his behavioral vet. His regular vet basically said that her hospital could not help on short notice due to Hachi's special needs. That felt like a small betrayal, even though we understood the reasoning.

Our behavioral vet came through in a huge way, giving us her cell phone number for texting throughout the day and suggesting a course of action. That was to take him to an emergency vet hospital that is known for their ability to deal with almost anything. 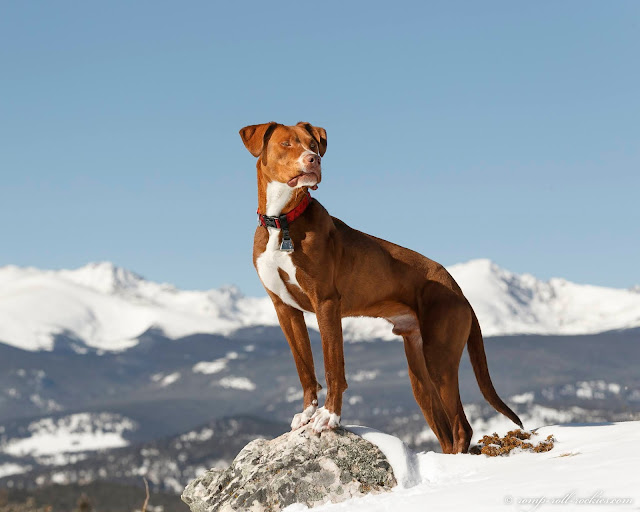 Prior to leaving for the vet, the first task was to get a muzzle on Hachi. He was getting increasingly reactive because he felt so awful. But, our training came through! We've played the "muzzle game" with him hundreds of times. We set up in the place where we most often play it, and acted as if it was nothing more than one more game. He stuck his nose in the muzzle, we fastened it, and one problem was solved.

The next issue was how to induce sedation at the vet hospital. We've been playing the "syringe game" for that. Around the house, we fill a syringe with chicken broth and randomly squirt it into his mouth. That has made him want to lick all syringes. That game worked at the vet where the Runner gave him a very strong oral sedative via a syringe. The only downside was that Hachi was not very affected by the sedative so he eventually had to be given an injection. That upset him greatly but hopefully he won't remember it.

Then, he had an ultrasound which, thank goodness, showed no blockage of his GI tract. So, they gave him fluids to offset 30 hours of vomiting and diarrhea and gave him injectable meds to get his GI tract to calm down.

So, we survived an emergency vet visit with Hachi. To make it even more worthwhile, they also did all of the routine stuff that Hachi needed at an annual exam so that ordeal is checked off our list.

Until we adopted Hachi, I could not have imagined how much stress a simple GI issue can cause. Going to the vet is a traumatic event for him so we kept hoping that he'd naturally get better. Then, after deciding that we had no choice but to take him to the vet, we considered all of the worst possible outcomes to prepare for them. I am completely wiped out from it.

I sure hope that our little guy recovers fast and gets back to snow play. 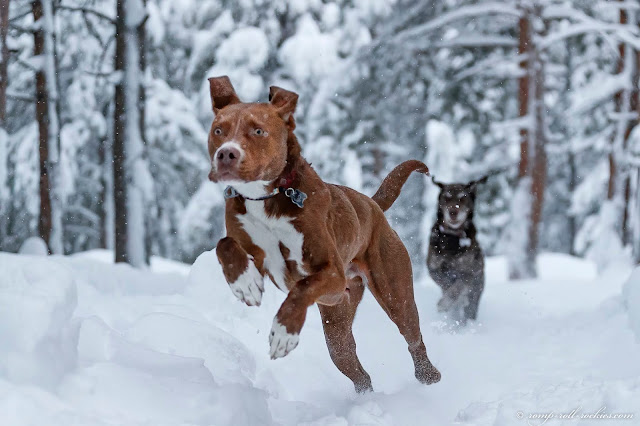