Hachi made sudden improvements after we gave him fluids and medicine on Saturday night. It was amazing to see how fast he seemed a million times better. He started eating and drinking within about 30 minutes of the infusion. His eyes looked brighter and happier. Even his body language looked more energetic. We have our behavioral vet to thank for this. She went the extra mile to get us meds on Saturday after other vets wouldn't help us.

Hachi now has to rest for a number of days before he can exercise again. The tests did not show what caused his illness. My hypothesis is that he got very stressed out at Lab Valley last week. There were a lot of workers here, and they were all over the house and noisy. Outwardly, he seemed to be handling it well but perhaps it took a toll. We won't spend such a construction-heavy time here again.

This photo was from just before he got sick. 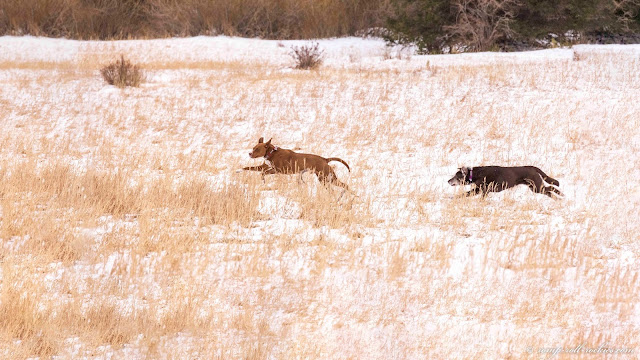 During the illness and afterwards, his behavioral issues got worse than they've been in quite a while. He's behaved aggressively toward Shyla on a number of occasions both indoors and outdoors. He was on a leash each time so he did no physical harm. And, to my surprise, Shyla didn't seem to take it seriously.

For now, we are strictly separating them so that this behavior doesn't become a habit for Hachi and so that Shyla doesn't become afraid of him. We want them to play together again in the future. 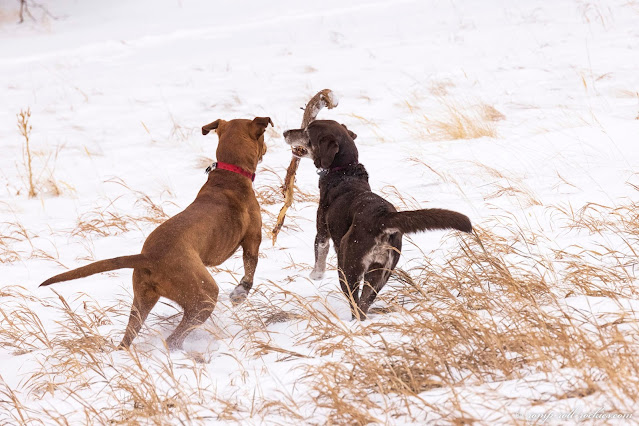 Thanks for all of the good thoughts for Hachi. I feel as if the road to recovery will be pretty fast now. Let's hope that his behavior returns to where it was before the illness too.