We woke up the other day to find that a mama moose and her calf had spent the night in the meadow by our house. They surprised the Runner and Shyla when they went out for Shyla's dawn walk. The four eyes shining at them were a bit shocking. 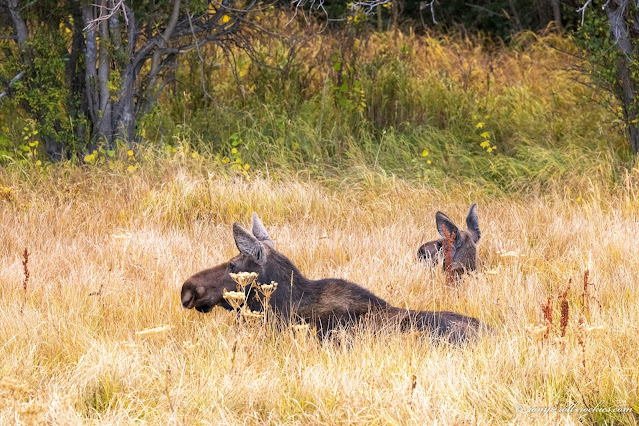 We thought that they'd leave after being disturbed but they stayed nestled in the tall grass for a long time. Poor Hachi had to wait until they departed before he could go out for his first morning pee. He barks at moose so vociferously that it would've been dangerous to take him out. They didn't leave until hours after we'd all gotten out of bed.

Eventually they stood up and sidled toward the creek. 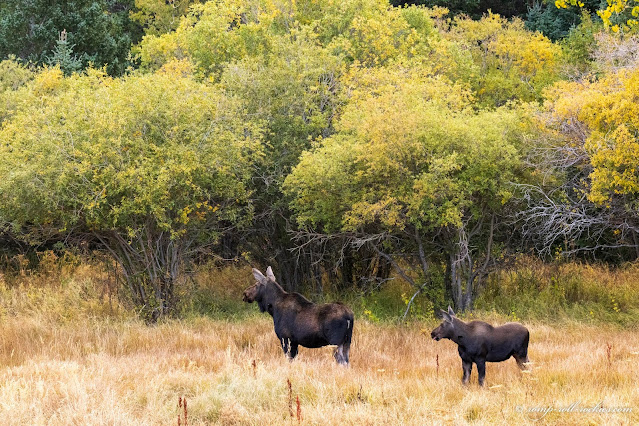 I am so thankful for our wildlife. They are an incredible part of living in Lab Valley. And, I'm saying that even though a bear ate a lot of our garden last night. He ate about half of the lettuce but left the rest of the stuff alone. The Runner got the parts for an electric fence and set it up today. We hope that Mr. Bear is deterred. I have a trail cam set up so we can know if he shows up tonight.