On Sunday, we visited our pack's favorite lake. It's a small lake in a very popular hiking area but it doesn't appear on any recreational maps. We have to bushwack to get to it, and we always have it entirely to ourselves. It's our tradition that we go there for K's birthday. We did last year. This year, of course, we have a newly configured pack. Shyla was with us for our celebration of life this year. 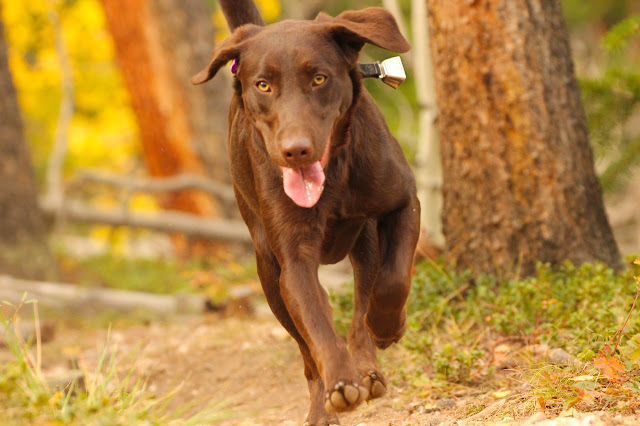 As soon as we arrived at the lake, Shyla was excited and curious. It was special to see her there. All of our Labs, except our very first one, have played at this lake. 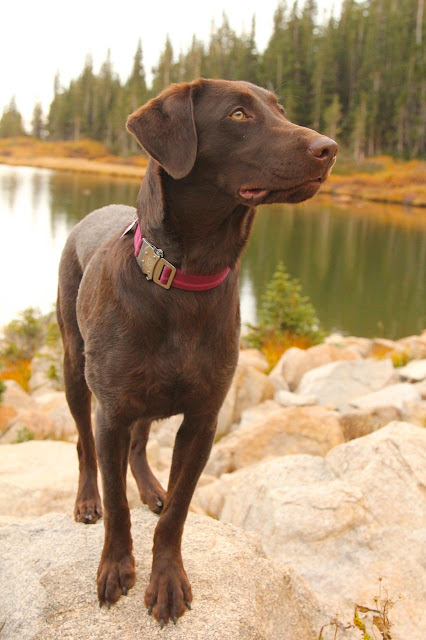 Shyla wanted to try the water, so we let her go in by herself for starters. It's a shallow and warm lake so it's a good place to learn about swimming. She churned and created lots of splashes but didn't swim very efficiently. We've seen this style of swimming in every single one of our Labs when they were first introduced to water. 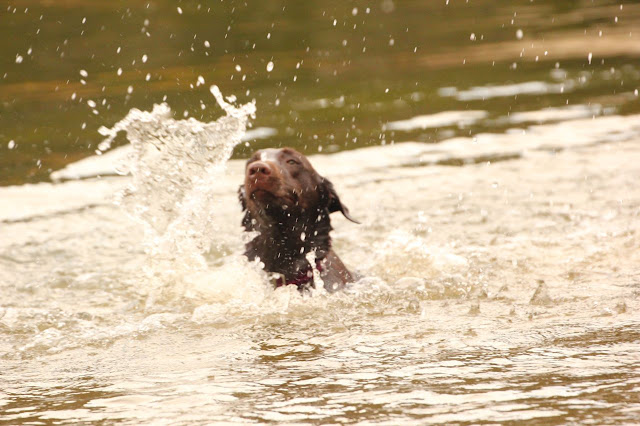 By comparison, R was flat in the water and made no splashes. We remember when he swam in Shyla's naive style as a puppy. She'll learn with time, and I'll try to take her to another easy lake by herself before winter freezes them all. 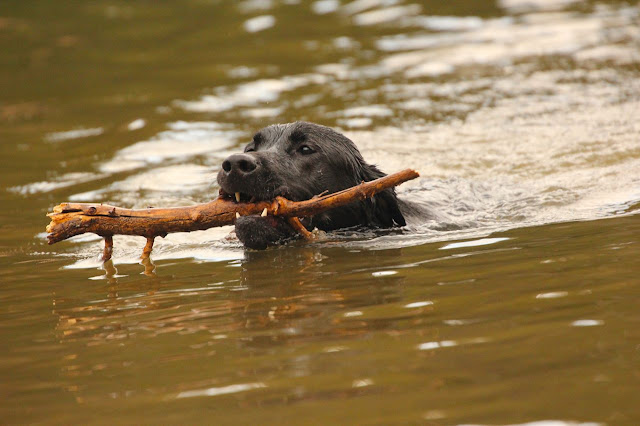 We played fetch, throwing sticks into the water. Just like all our young labs in the past, Shyla decided to take the role of waiting on shore and then "helping" with the last bit of the fetch through the shallow water. Indeed, last year, K was still winning many of the water fetches, and R played the role of "spoiler". It's ironic to see the cycle repeat itself but with R as the older sibling. 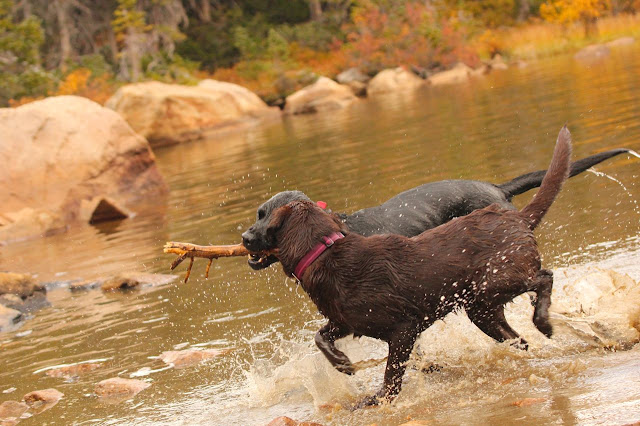 But, every now and then, R would turn on his turbo jets and escape with the stick all by himself, evading Shyla. 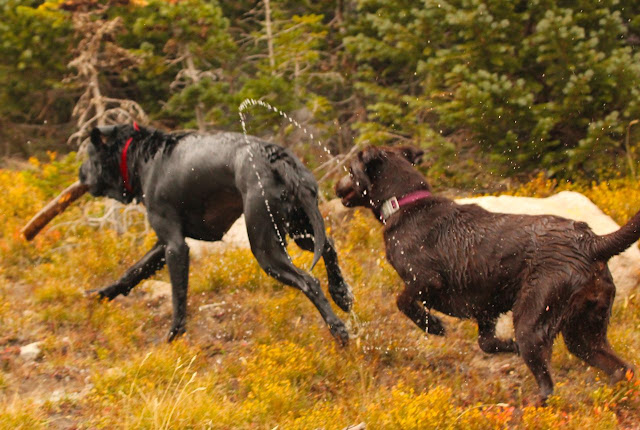 He'd start shaking the water off with the stick still in his iron jaws. 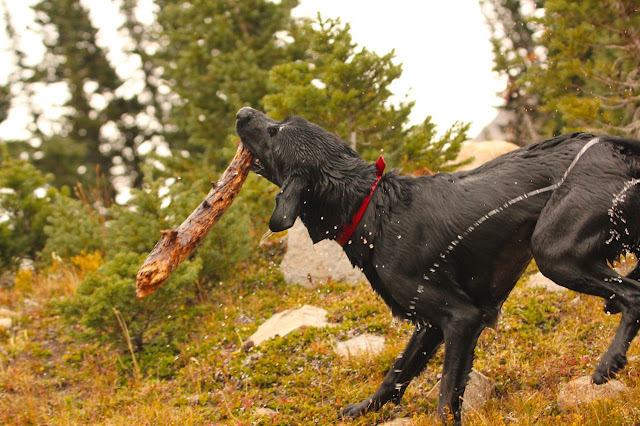 And then, he'd do K's favorite thing, rolling in the soft vegetation of the alpine world. 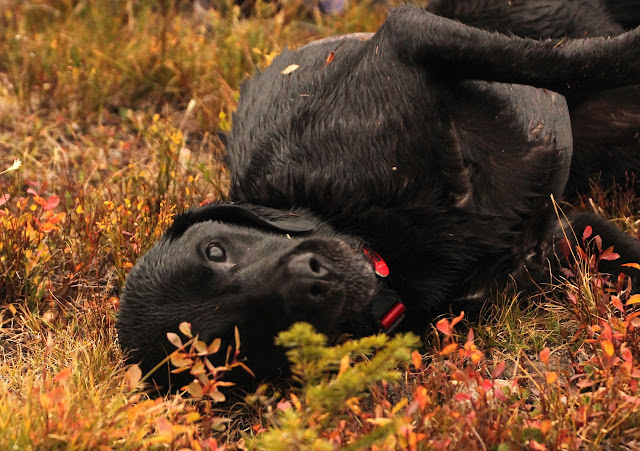 Sometimes, he'd taunt Shyla with the stick after he arrived on shore. She stole it from him a few times. You go girl! 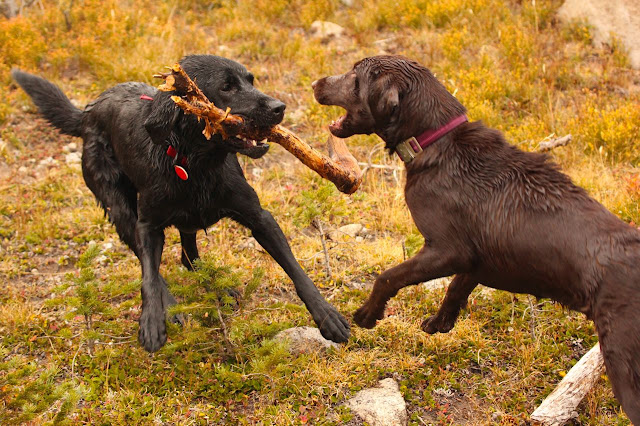 Our vet likes to say that R is the "Lance Armstrong" of dogs. He has an incredible cardiovascular capacity (a huge heart with a resting heart rate of less than 28 beats per minute) and can also sprint like the wind. He's the most amazing athlete of any of our dogs. 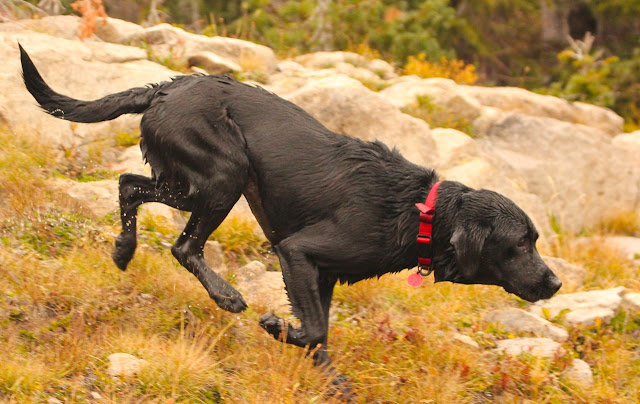 He sprints at top speed when an object is thrown into the water for him to retrieve. I could watch this boy run all day long. He is so graceful and so fast. It was a fun day with a tinge of sadness. As I said to the Runner, last year on K's birthday, it never occurred to me that she wouldn't be here this year. Yet, it did make us smile to see that our puppy is becoming part of our pack's traditions. She's also becoming part of the fabric of our hearts. Shyla is so loving - just like our K was.

I can't help myself - here is just one nostalgic photo from last year of R and K... the Labraduo. 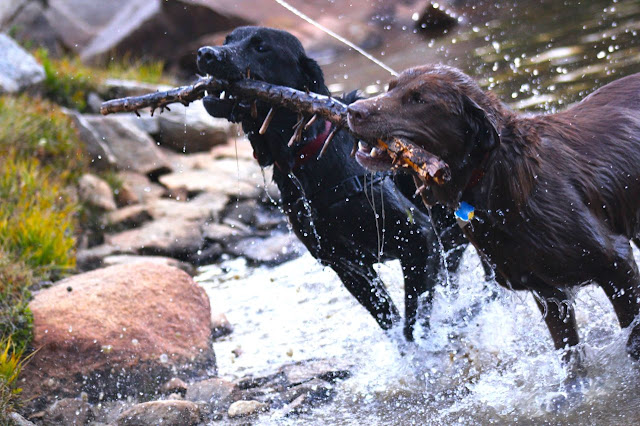