Every morning, after our mountain bike ride, Shyla and I do some training outside the house. Right now, we're working on several new things. One is "zoom", which means that she zips in a circle around me. The reason for teaching her this is to help her when we get "cornered" by scary things in town.

For example, a few weeks ago, we were walking along a narrow sidewalk with buildings on one side and traffic on the other. Lo and behold, a mother with a huge stroller and three toddlers teeming around her approached from the other direction. That screaming horde and stroller was plenty to put Shyla "over-threshold" into the terrified zone but there was more... The mother suddenly stopped and took a toddler's bicycle out of the back of the stroller. One of the kids hopped on the bike to ride along side the horde. That was the "icing on the cake" and would usually be enough to paralyze Shyla with fear. Moreover, we had no escape route, aside from standing on the very edge of the sidewalk to let them pass. Shyla was scared, without a doubt, but she survived by hiding behind me until they were far past us.

My trainer and I have noticed that Shyla does much better with scary things when she can keep moving. So, my trainer is having me teach Shyla to zip in a circle around me, so that it's a movement-oriented task that she can do when we get "cornered" like on the sidewalk that day. Shyla has already learned it really well. I call it "zoom", and she does it with gusto. I am excited to see if it helps her in scary situations.

During the our training time right after our bike ride, we also work on silly tricks. In the photo below, Shyla had just "rolled over", a new trick for her. Look at that intensity in her eyes! 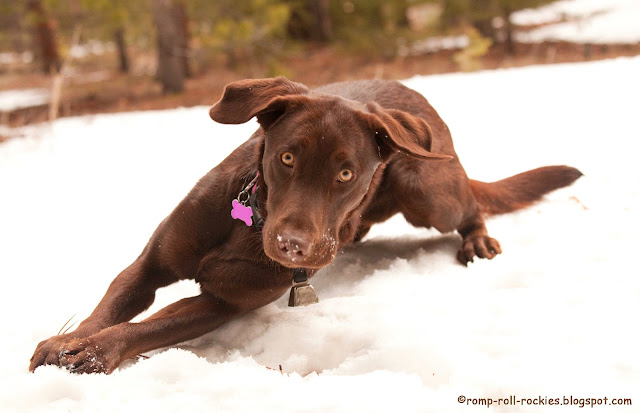 We started this daily training routine when Shyla first arrived here, and I thought that R, who was usually napping inside the house, recovering from his run and breakfast, didn't even notice us. Then, I looked up toward the house windows while we were training a few weeks ago, and I saw R peering at us. I started wondering if he wished that he could have special training time too.

My motivation to start bringing him out to "the training area" was heightened when our vet asked me to teach him to do a "low five" and a "high five" as rehabilitation for the elbow that had dysplasia surgery when he was pup. That elbow has started flaring up more frequently in the past year, and apparently doing high fives will help keep his range of motion and strengthen the small muscles that stabilize the elbow.

R isn't ready yet to show off a high five or wave for the camera (but he's learning fast). However, we also do some silly training, and he's a superstar at "rolling over". He demonstrated today.

Here are his instructions.

You throw yourself on the ground and start to twist. 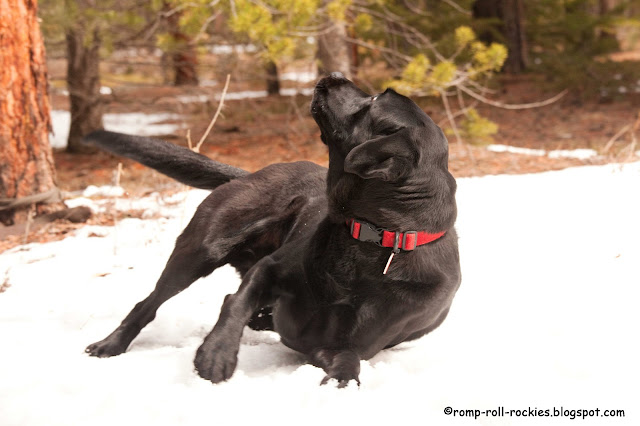 You propel yourself onto your back while sticking your legs up in the air. 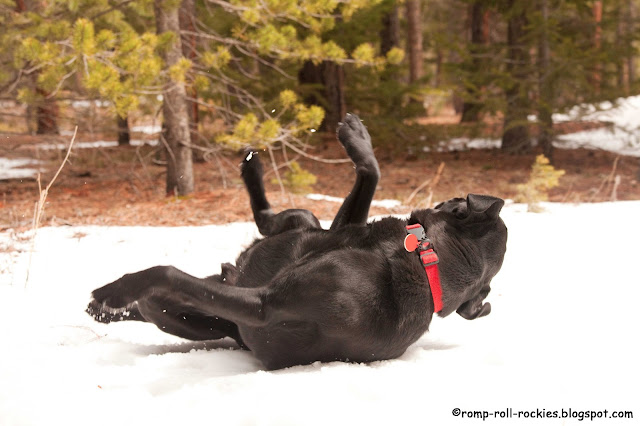 You roll onto your other side while trying to find KB with your eyes. 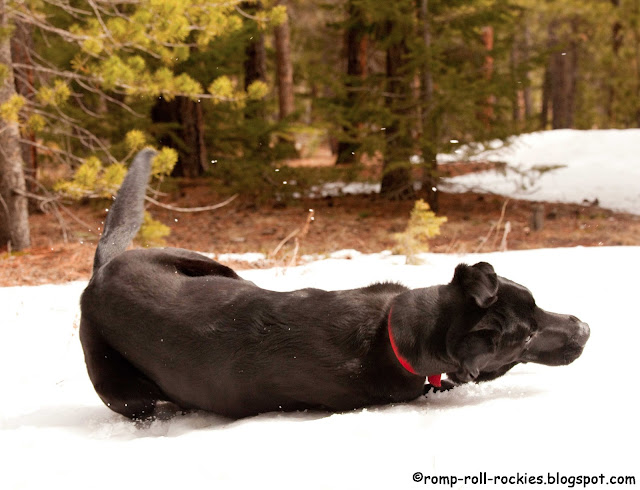 Then, for some reason, you sprint straight at the photographer! 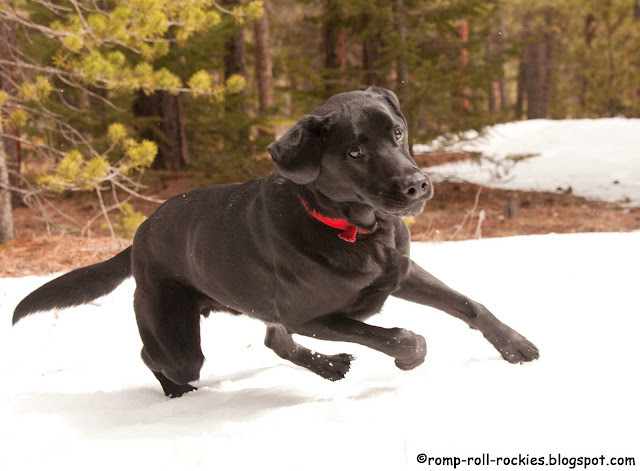 I feel a bit guilty that I didn't realize how much R wanted me to spend training time with him until now. Part of why I didn't start taking him to the "training area" previously was that R has an obsession with a bunny rabbit who hangs out near it, and I visualized him obsessing over the rabbit rather than paying attention to me. In fact, he doesn't even look for the rabbit because he's so thrilled to play training games!

I get his message loud and clear!
Posted by KB at 7:16 PM