I told you about our unexpected 2 day stay in town while our LabMobile was being repaired. When it was fixed, we were thrilled to be out of the "city" and back in the desert. However, the weather really wasn't desert-like.

We awakened to this sight one morning. 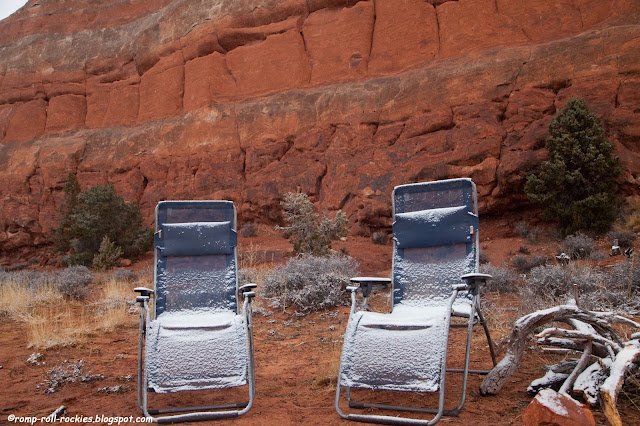 We had two full days left for camping after the LabMobile repair but the desert world was socked in by freezing fog and even snow for the entire two days. We didn't sit in those chairs again after returning to camp. It was too cold and damp.

It was bizarre to see the desert coated in rime ice. I know that the high desert has a real winter every year but I've never seen it before. 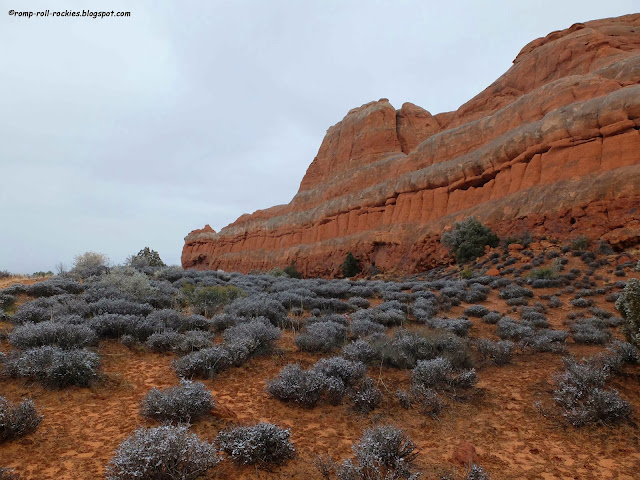 We didn't see the sun or stars at all in those last two days. This was the brightest picture of Shyla that I captured! 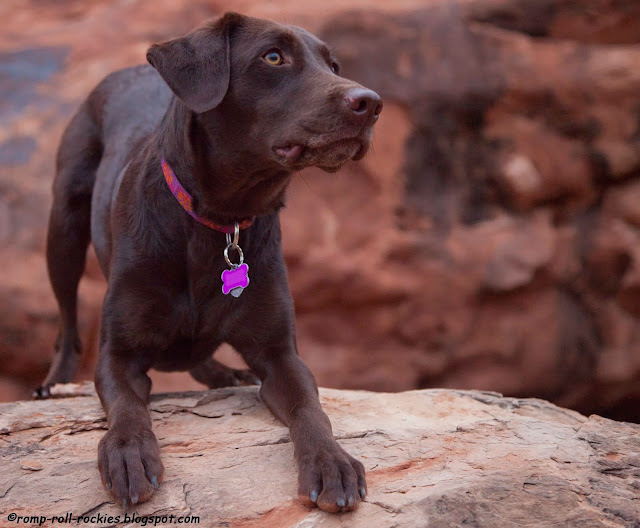 At night, the world was so dark that I couldn't see my hand in front of my face. And, the world was completely silent. The low clouds and fog muffled every sound. Living in our campsite at night was like being in a sensory deprivation chamber.


I have to say that I still felt that the trip was fun and relaxing. By the time we drove up to our house after the trip, I felt like we'd been away for a very long time. That's a sign that it was a good vacation in my estimation. We thanked our lucky stars that we had the LabMobile which has a propane heater in it. Without that, we would have been very cold at K's Rock on those last two days.


We came home to one of the longest snaps of incredibly cold weather that I've experienced here. In the past, we've had a couple of days here or there of temperatures below 0°F. However, over the past week, it has been below zero almost all the time. 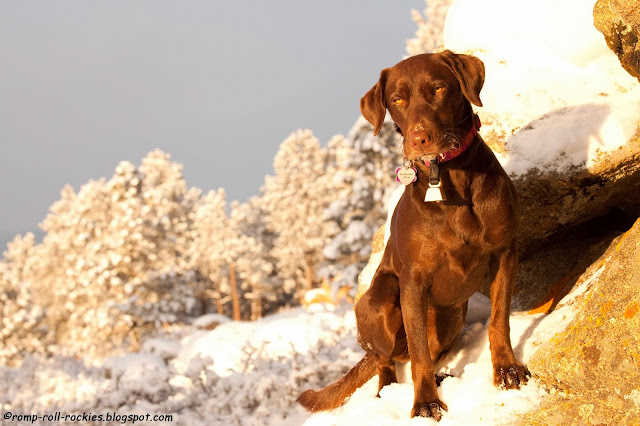 Fortunately, Shyla is enthusiastic about getting out into the world regardless of the temperature. She and I just need to keep moving to stave off the cold. I believe it was -15°F when I took the photo below. 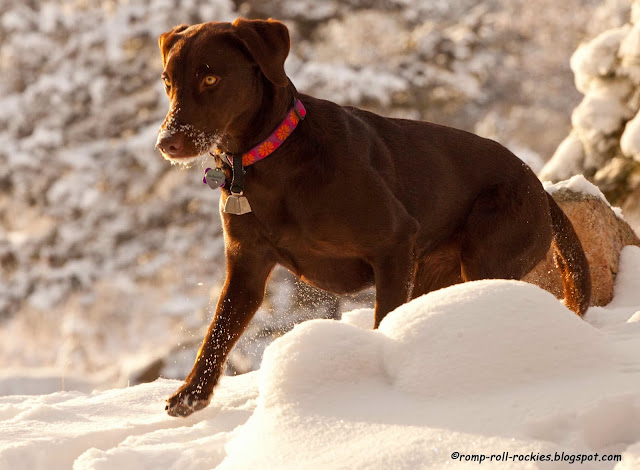 It's undeniably winter here. It's a tough season, very tough, but it's also beautiful. 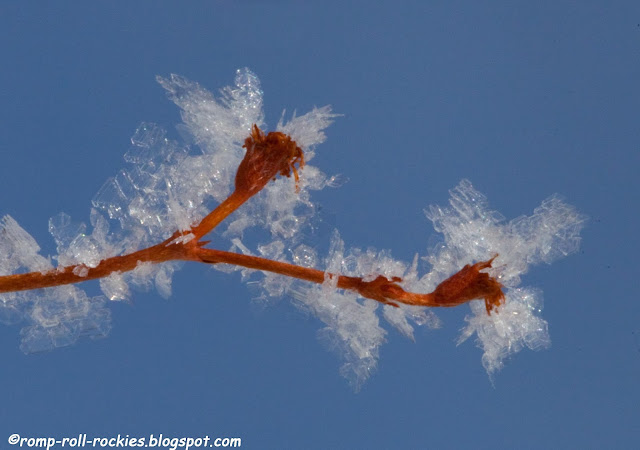 Now, in my mind, I just need to make to the Winter Solstice - after that, the world will get brighter and brighter!
Posted by KB at 2:34 PM