For this month's Positive Dog Training Bloghop, I want to tell you a little about the retrieving games that I play with Shyla, trying to make them more challenging than simple retrieving. It was very easy to teach Shyla to do a simple retrieve because it's written in her genes!

In our new game, I place Shyla's toy between her and me. Of course, she expects that I'm going to ask her to "bring it" to me. 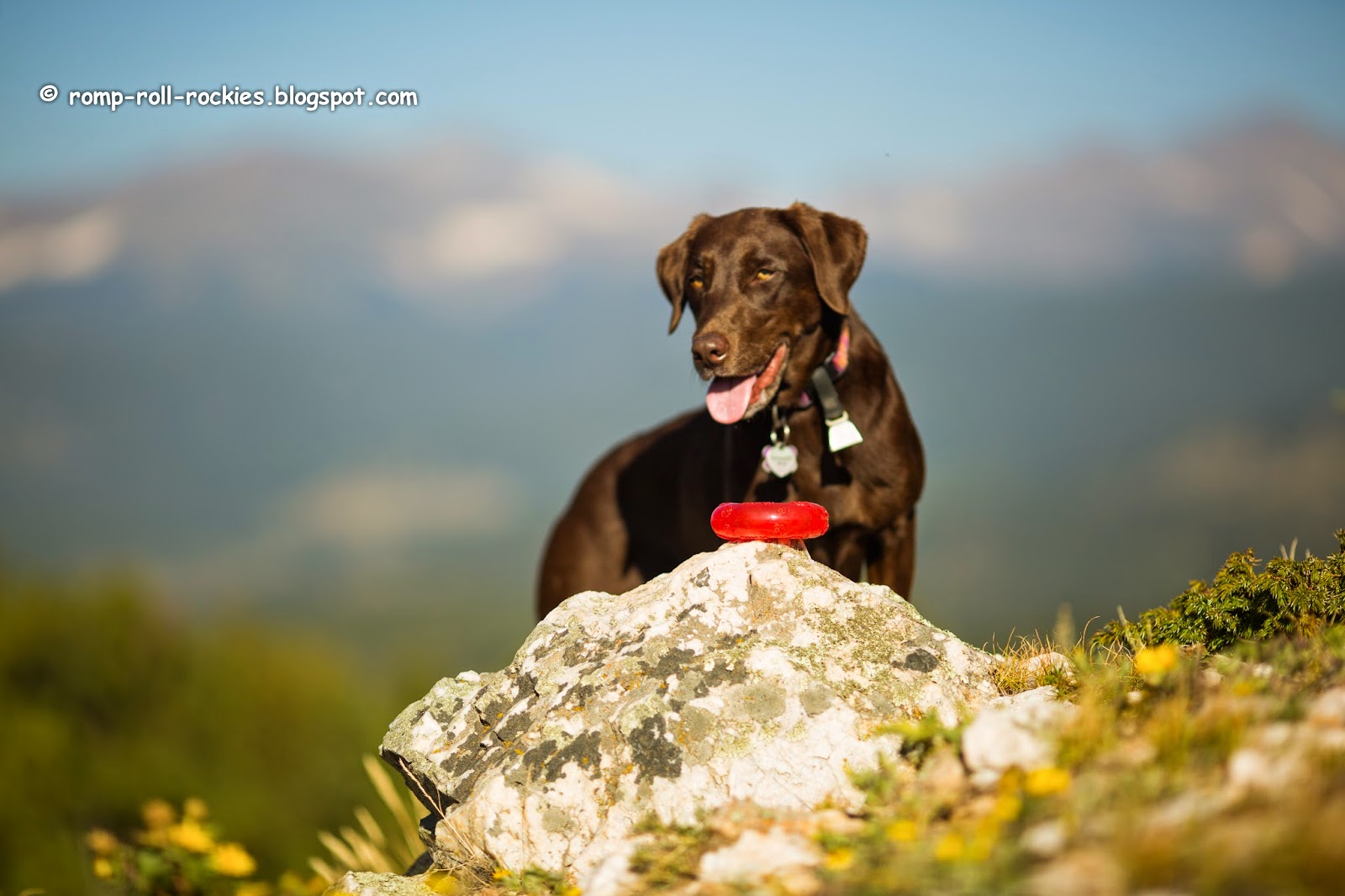 And, sometimes I do. 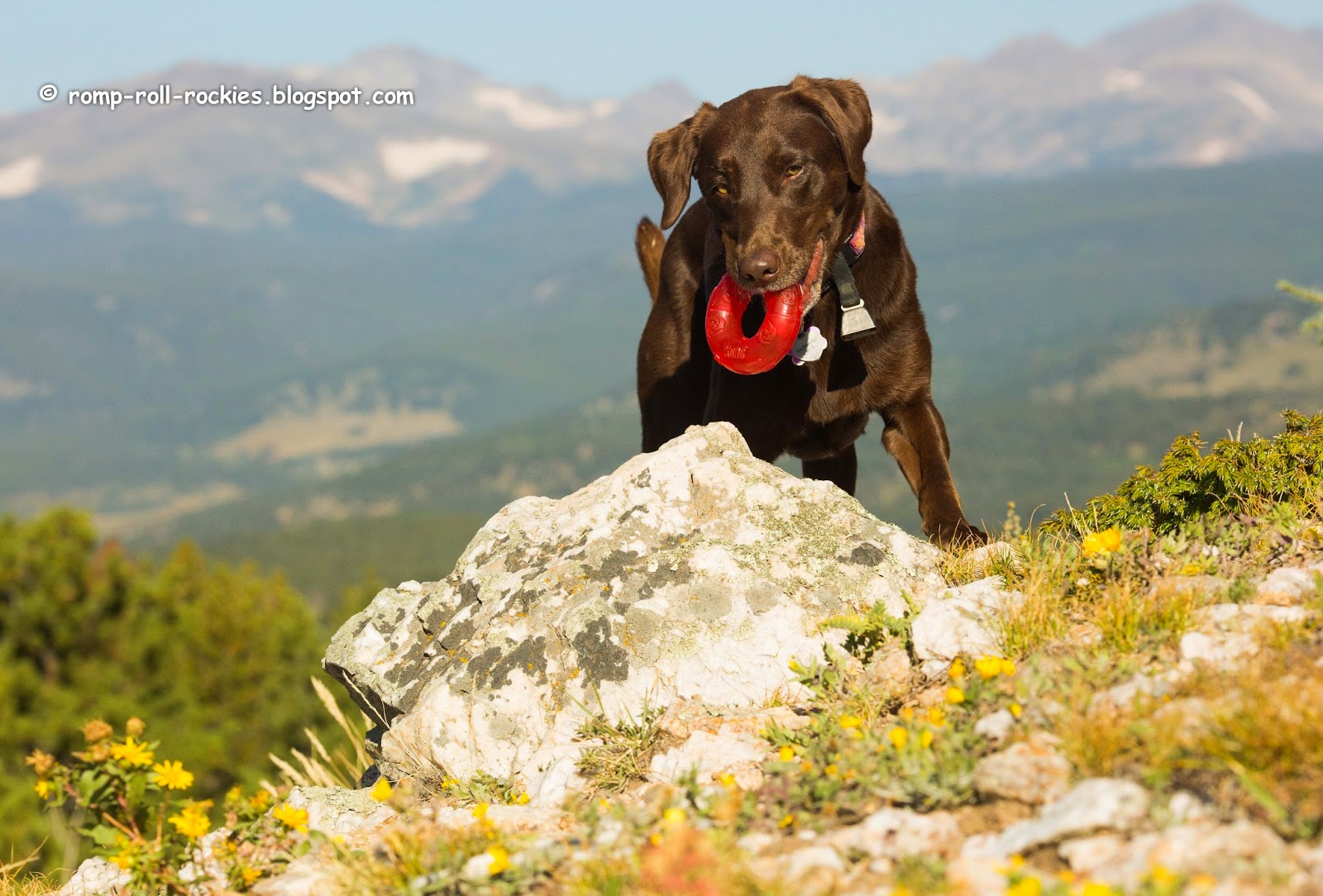 But, other times, I ask her to "come". Over the past two years, I've trained her that "come" means to ignore everything else (like that red toy) and come directly to me. At the start of this new game, I'd have to say "leave it" as she got close to the toy because she really wanted to pick it up.

You can see that not retrieving is stressful for her. A tongue flick, like she did as she passed the toy in the next photo, is a subtle sign of stress in a dog. 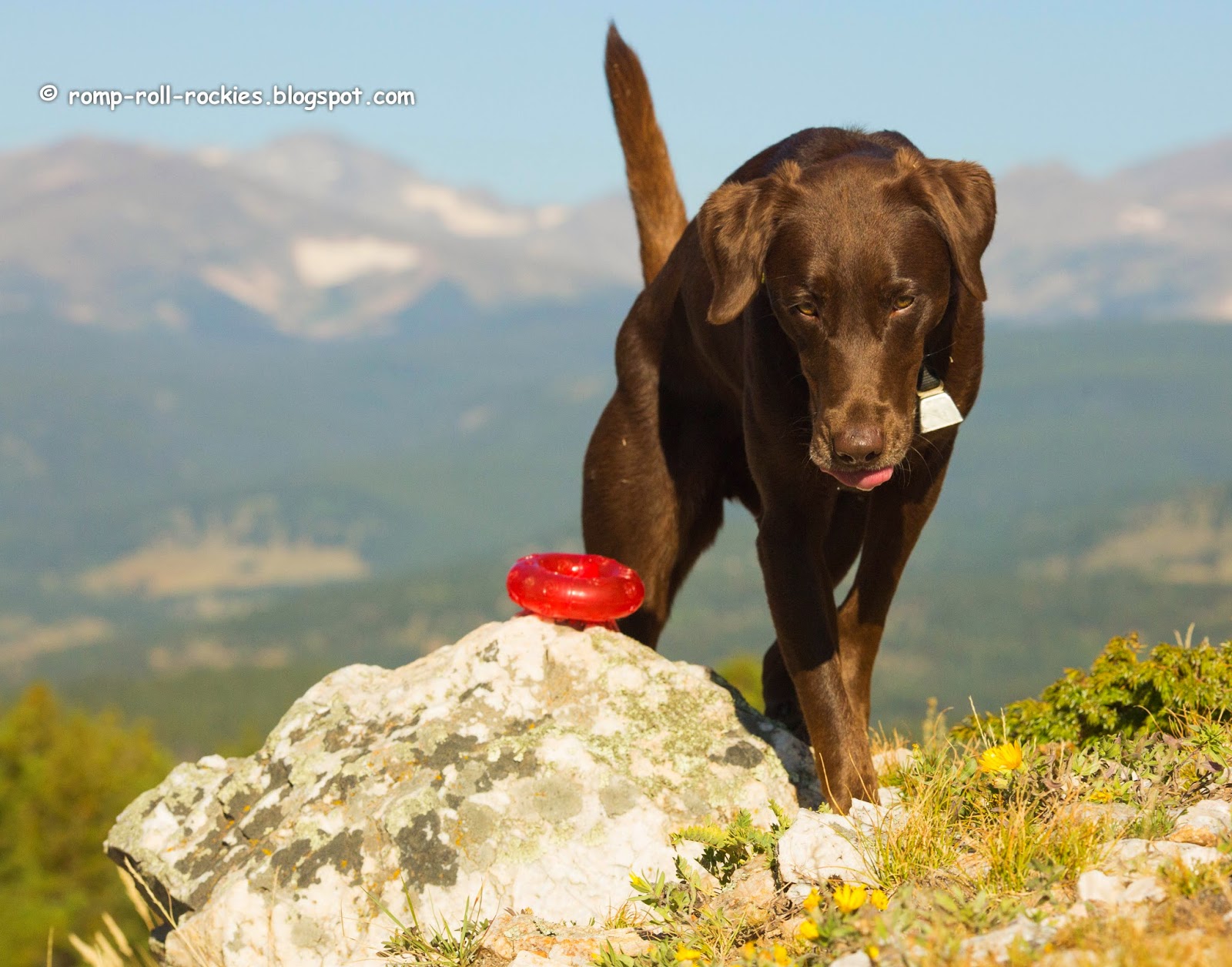 On a later repeat of our game, she was already tongue flicking while she waited to hear what I'd ask her to do. She wants to do the right thing so much that she worries while waiting for my command. 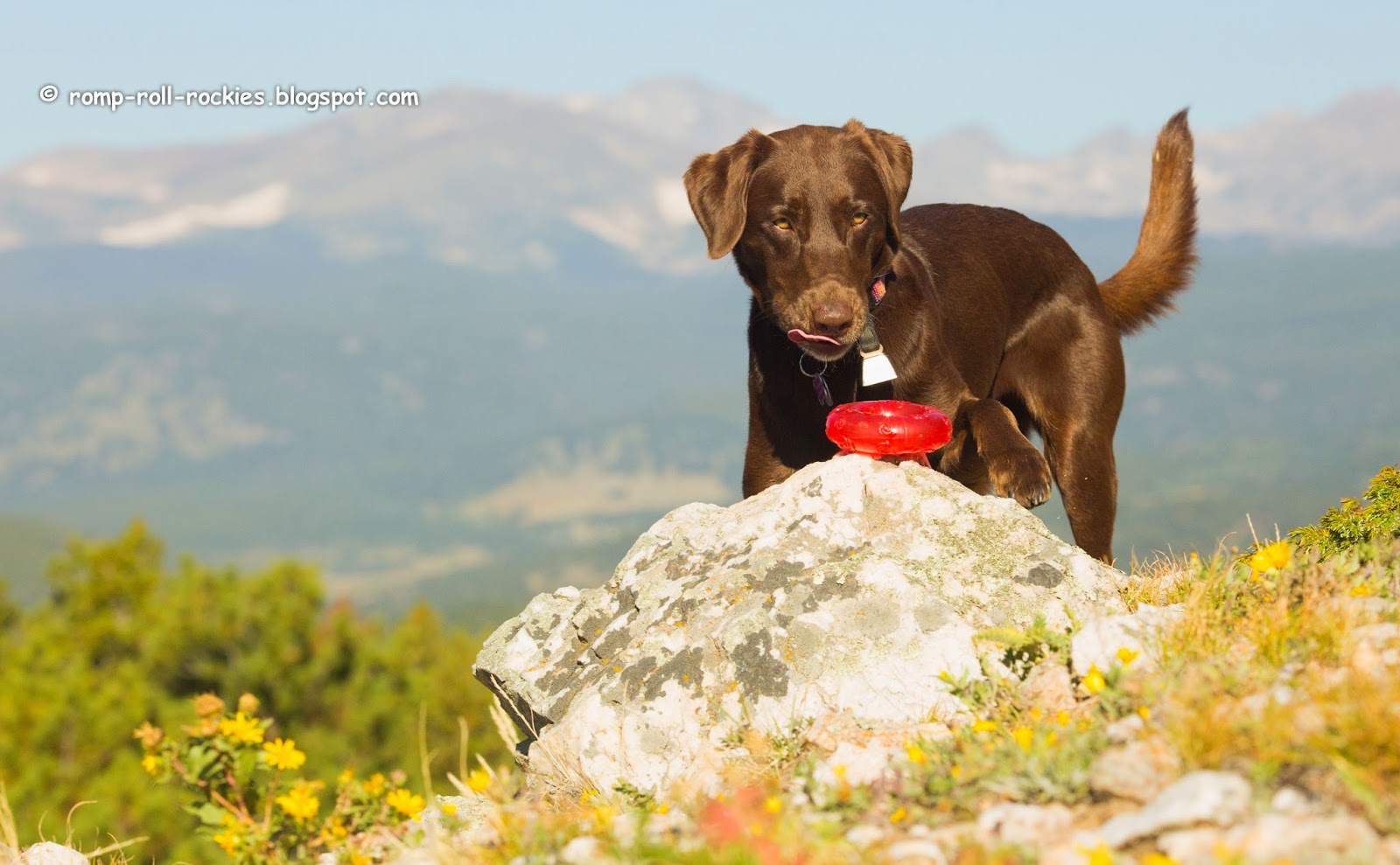 Her innate tendency, even when I say "come", is to gallop toward the toy. In the next photo, I caught her quickly correcting her course to avoid the toy when I'd said "come". 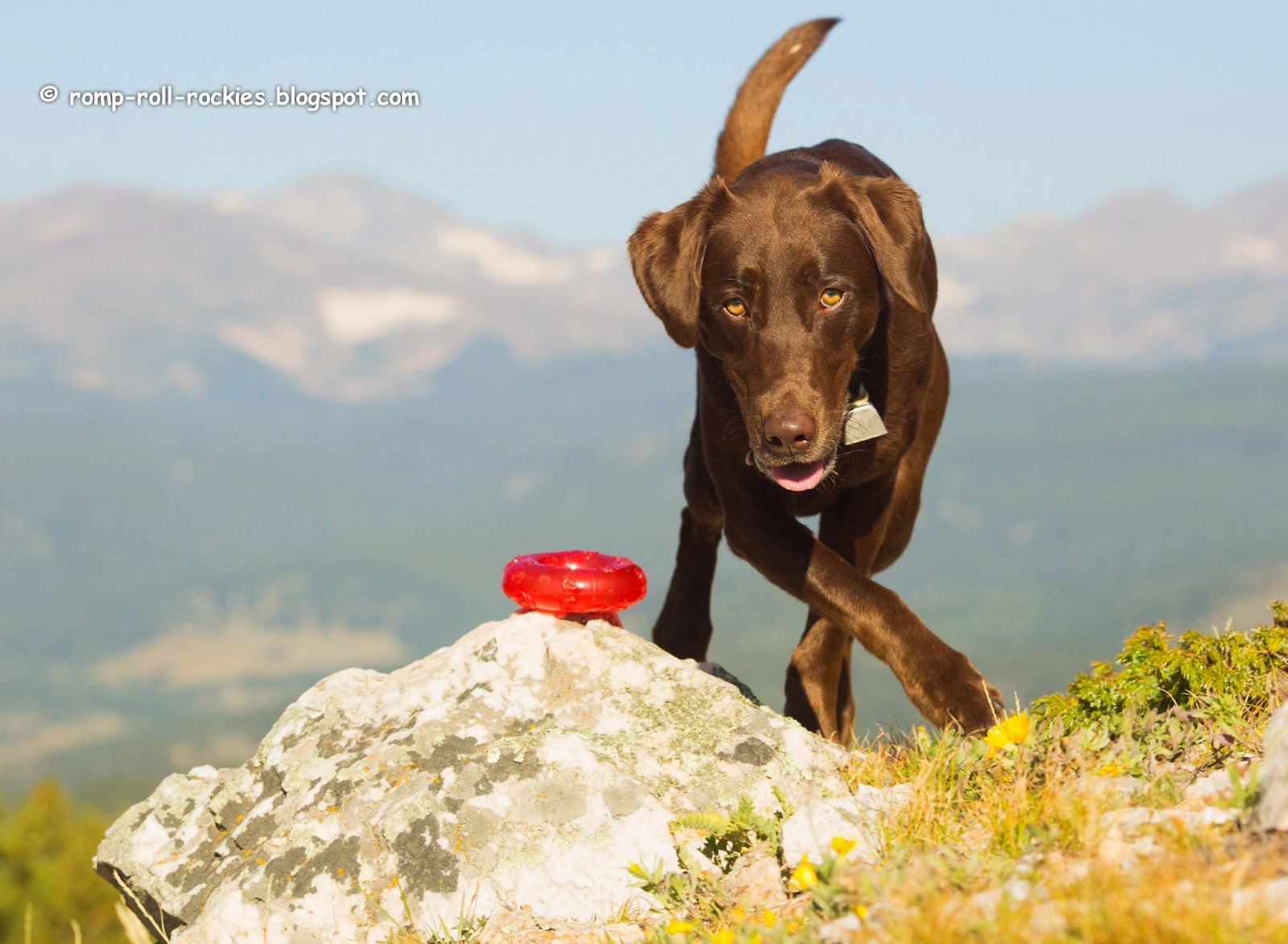 In this repeat, I had her stand over the toy for a moment before I said "come", and she was already flicking her tongue. 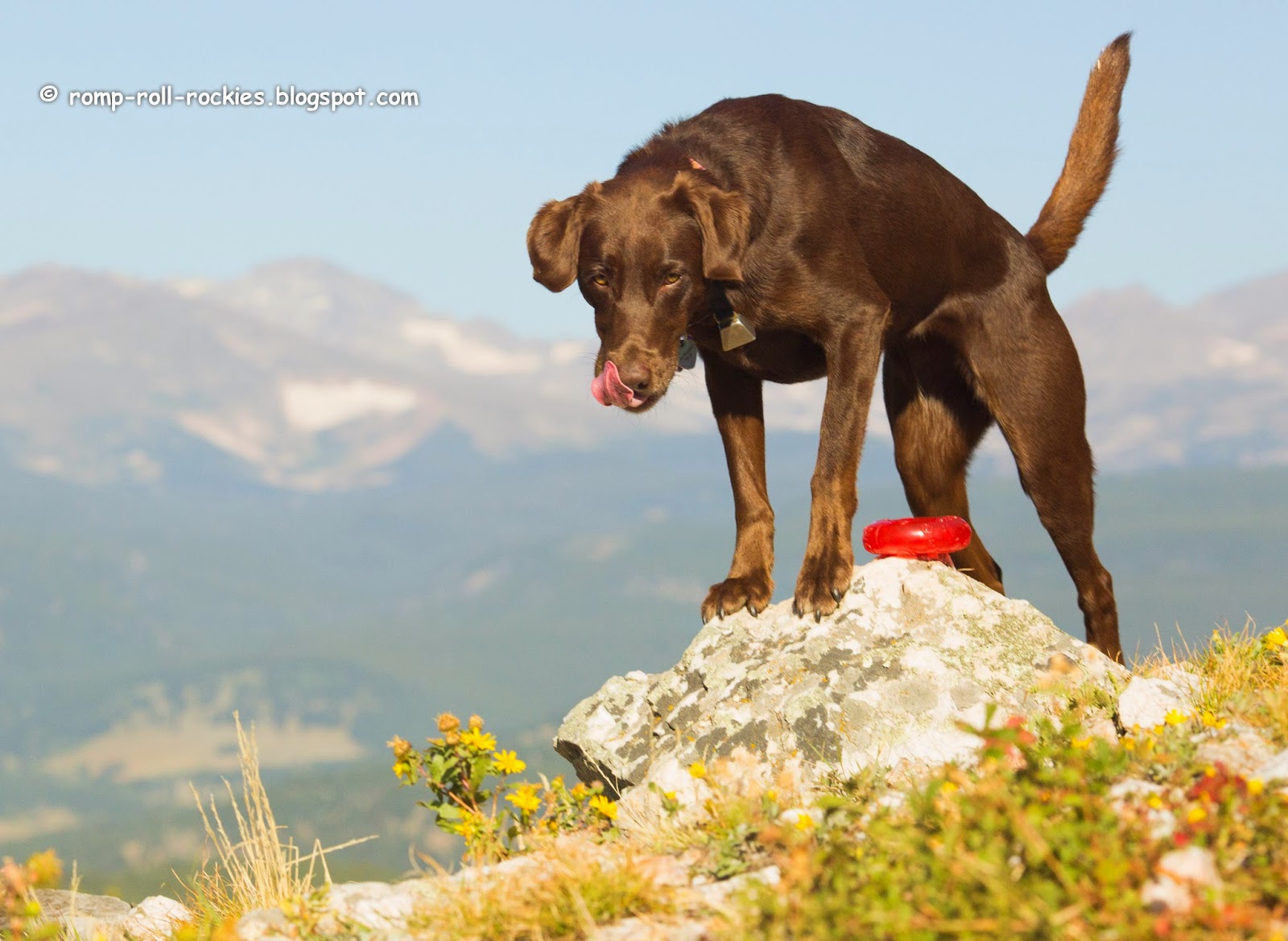 Seeing this small sign of stress even though my training method involves rewarding the right choice and ignoring mistakes tells me that Shyla would wilt under more traditional "dominance" or "punishment" based training. This is a dog who needs positive reinforcement.

The stress signals also tell me to keep the training games short and fun. Now that's a happy looking Shyla! 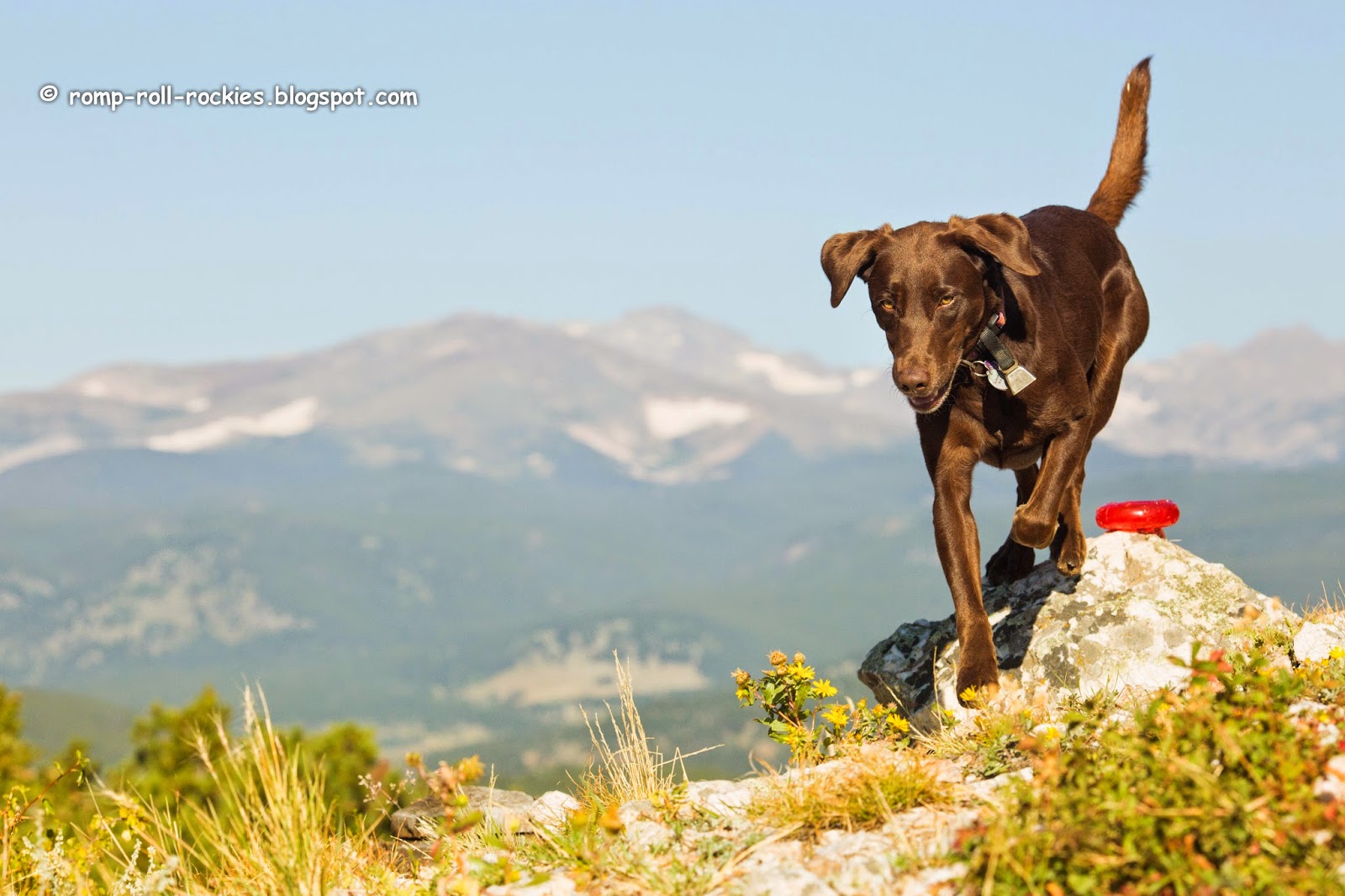 I thought up this game simply to help reinforce the difference between a recall and a retrieve. I also wanted to make our training games more mentally stimulating for Shyla. I have no doubt that I succeeded in that part!

I think that Shyla is a poster dog for the type of personality that absolutely needs to be trained by positive methods rather than by harsher methods. I believe that a lot of Shyla's growth in confidence comes from the positive training games that we play. However, I think that most dogs flourish with positive training. Indeed, I have to pose the question: Is ever fair to teach a dog something new by punishing them for making mistakes? My heart says "no".