It's been a week of lots of things going wrong - but none are huge in the larger scheme of life. One of them is that our internet is kaput, until a technician can visit this weekend to attempt to fix it. I will have a very brief internet window at a friend's house each day, and that's it (I may have withdrawal symptoms!).

So, here are the photos that I planned to post yesterday for Wordless Wednesday before we were cut off from the world.

Do you see the shooting star in the next photo taken at a new Moon? This was from yet another place named after K - K's Kampsite, high above Salida, Colorado. 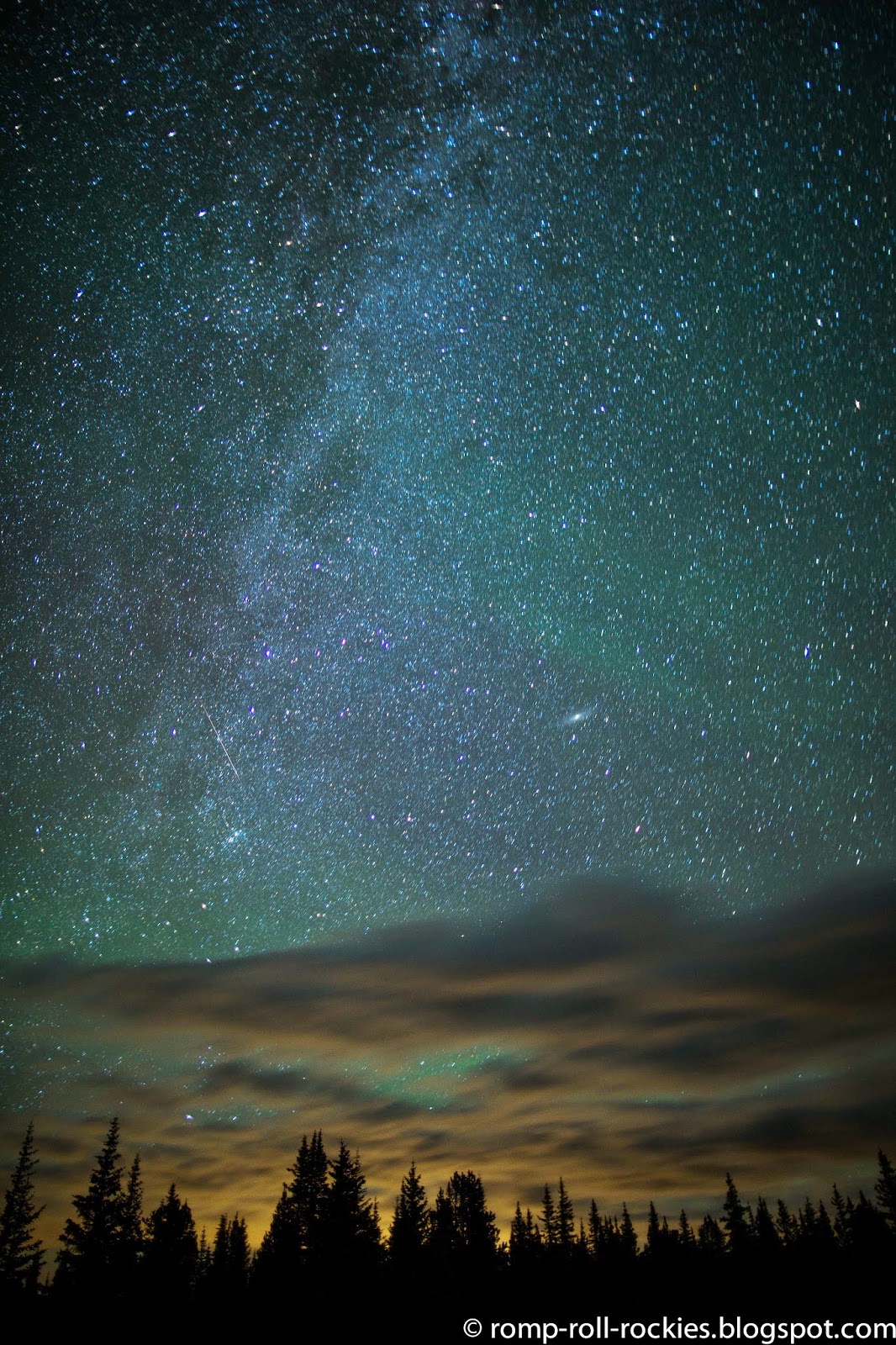 And these were the trails left by the stars over hours in the same campsite. It's a heavenly place. 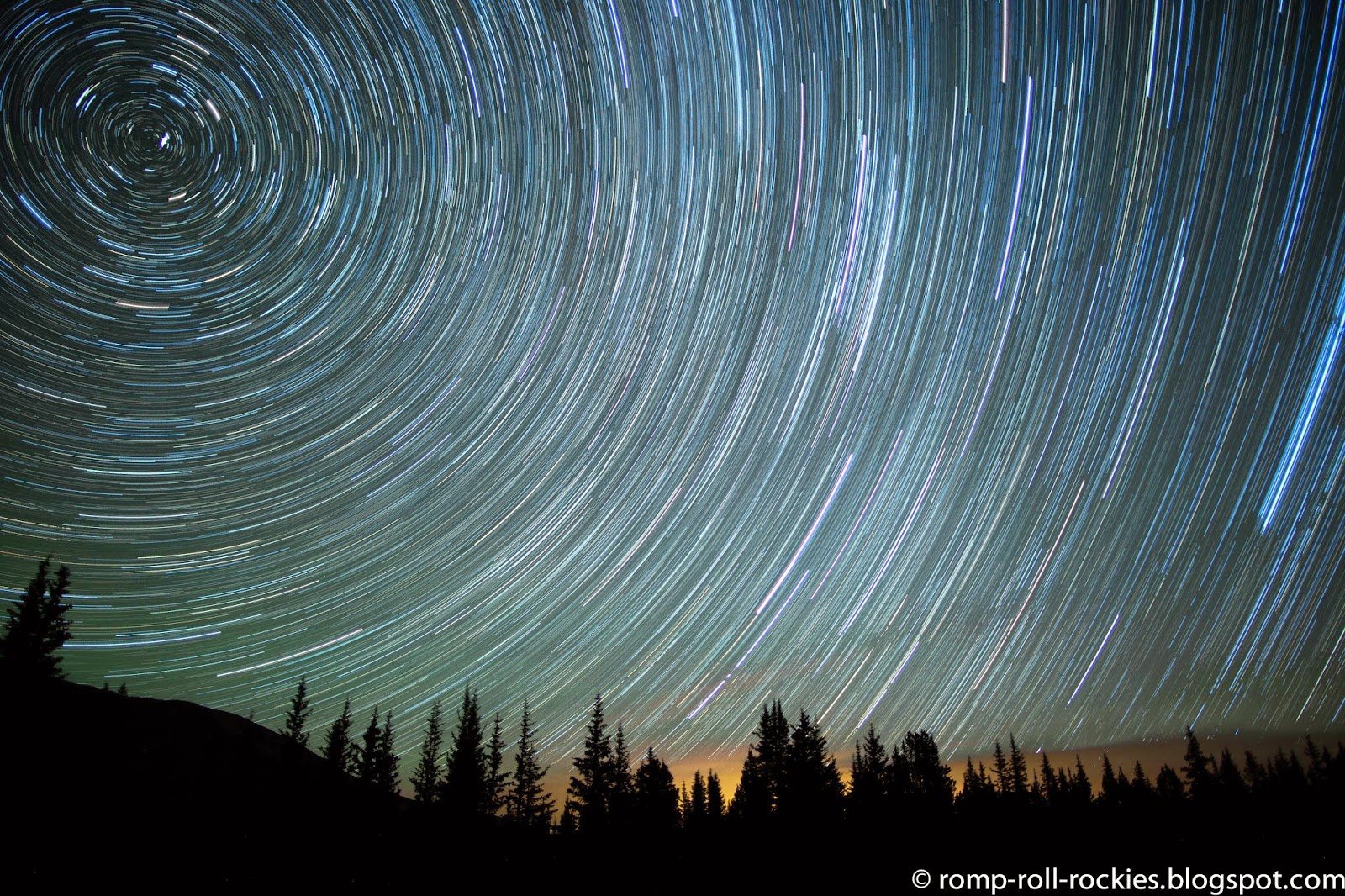 I don't think that I'll ever get tired of trying to photograph the night sky. The stars are mystical.

I think that Shyla likes looking at the sky too, based on the next photo! 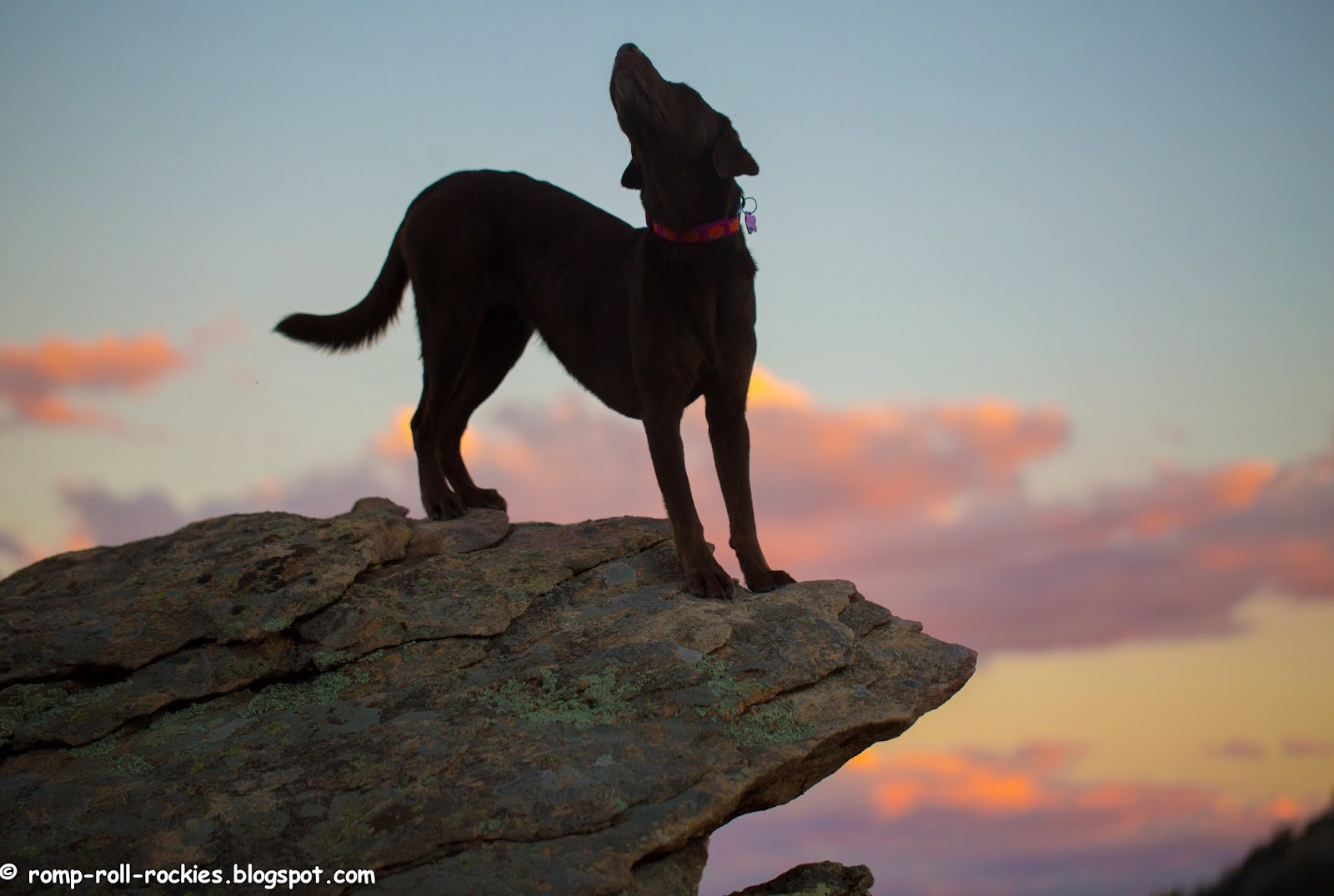 I will be trying to keep up, but don't worry if there is silence here any day in the near future. It's really hard to live without any internet access these days!
Posted by KB at 4:00 PM