Serendipity - A Mountain Lion and the Stars

With my new computer, I've started using some new software for organizing my photos. I can ask it to "filter" the photos in lots of different ways. It's fun to see what my trail cameras were capturing while I was taking other photos with my regular camera. One night last month, a big male mountain lion came through our neck of the woods while we were far away on a camping trip.

He walked toward one of my motion-activated cams. 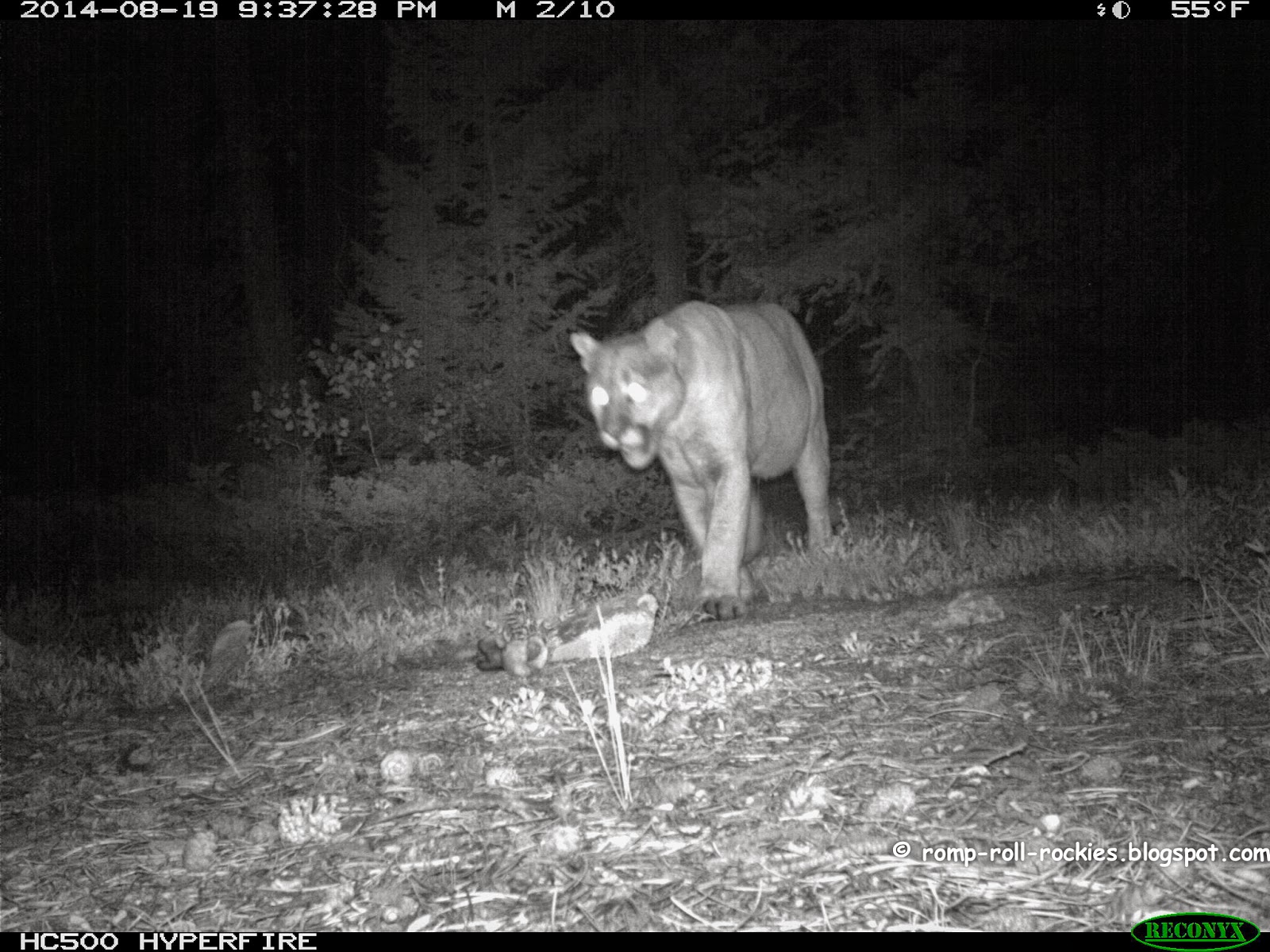 At first, he seemed as if he'd just walk briskly past it. Then, he turned on a dime and started sniffing the bone that a dog deposited there six months ago. This bone has obsessed the local bobcats but this was the first mountain lion who was mesmerized by it. 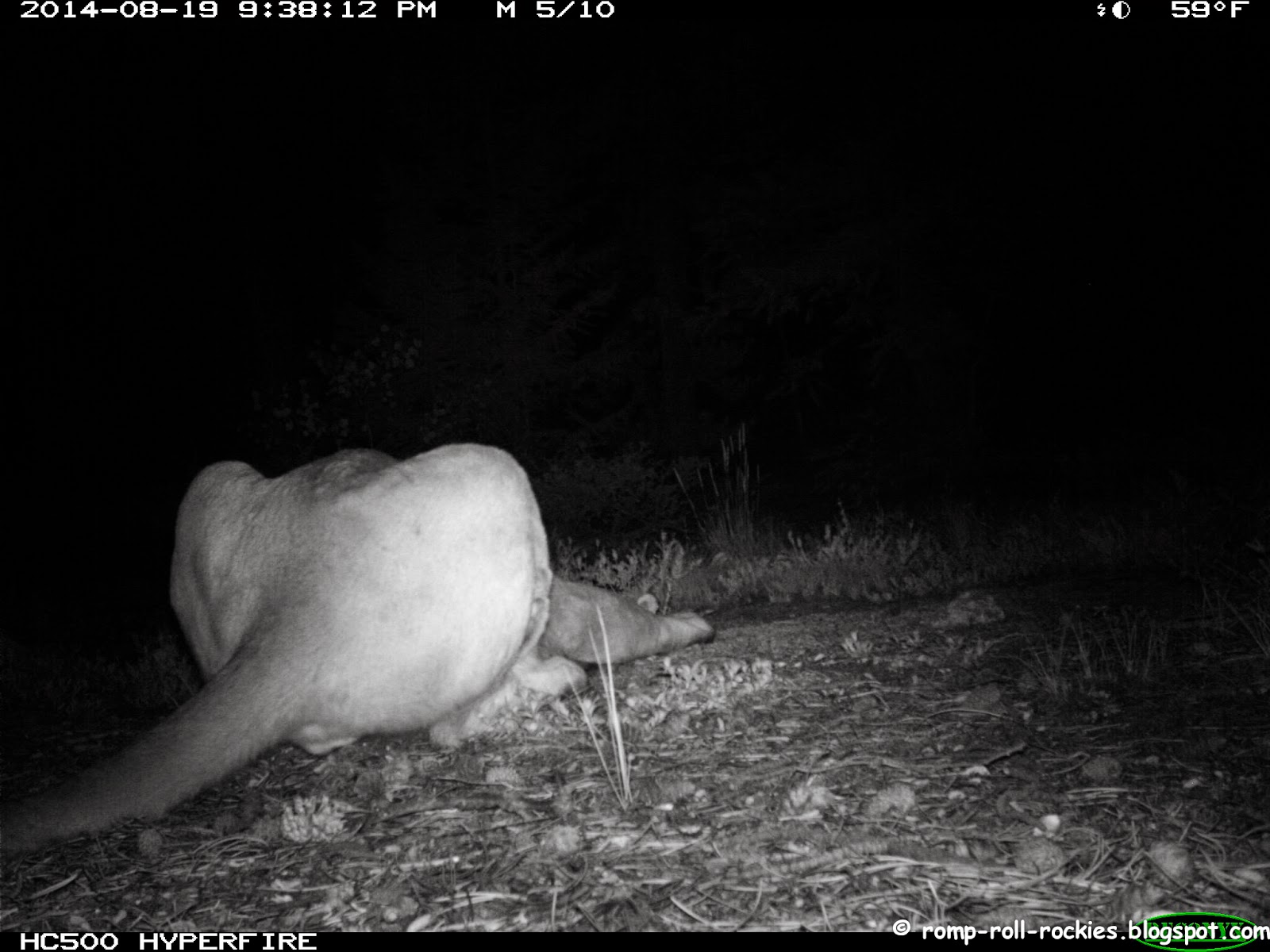 I couldn't see what he was doing as his nose was toward the bone. Then, he stood up and shook. 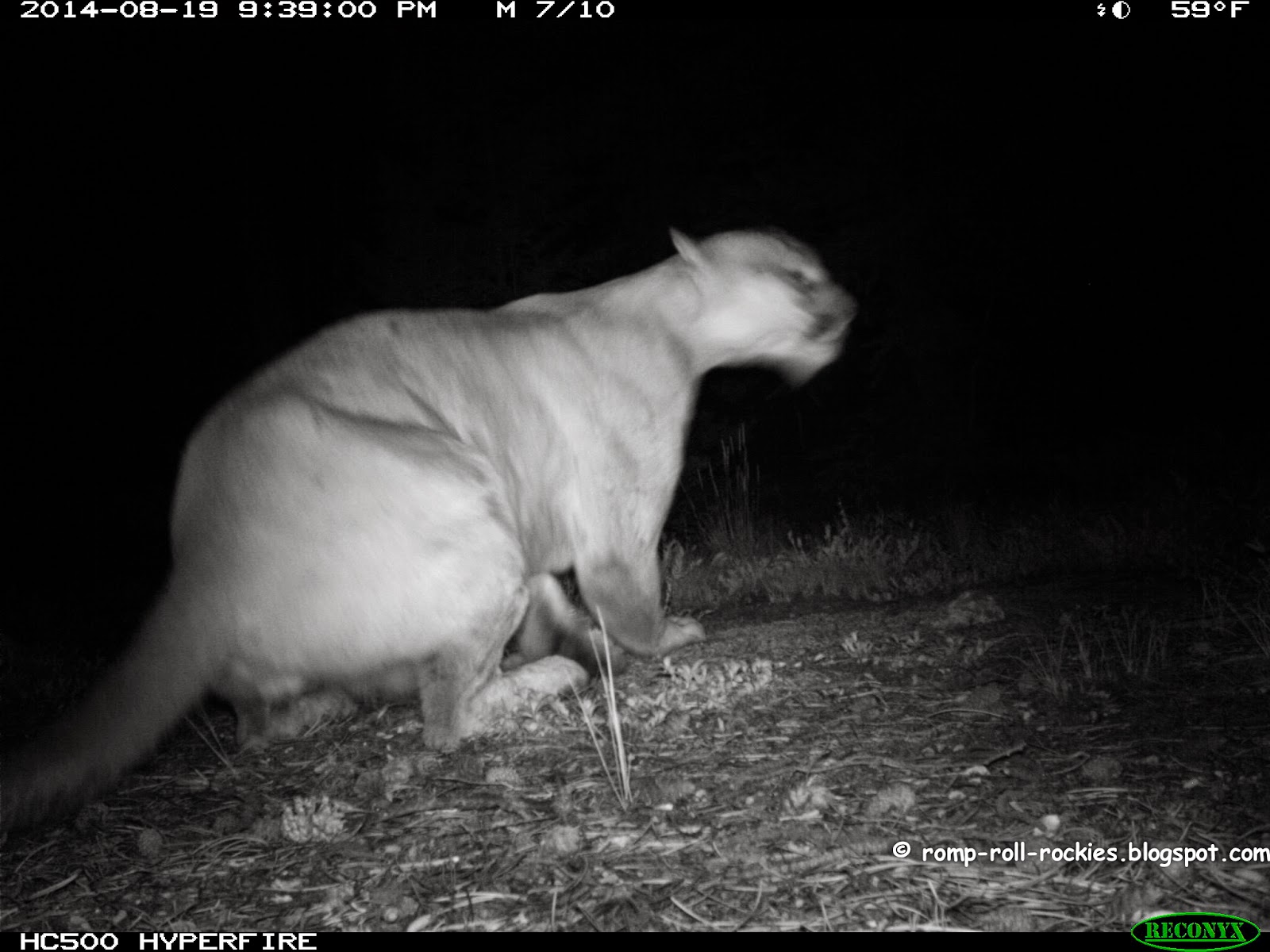 He seemed to contemplate his next move before he started walking again. Look at that full belly! 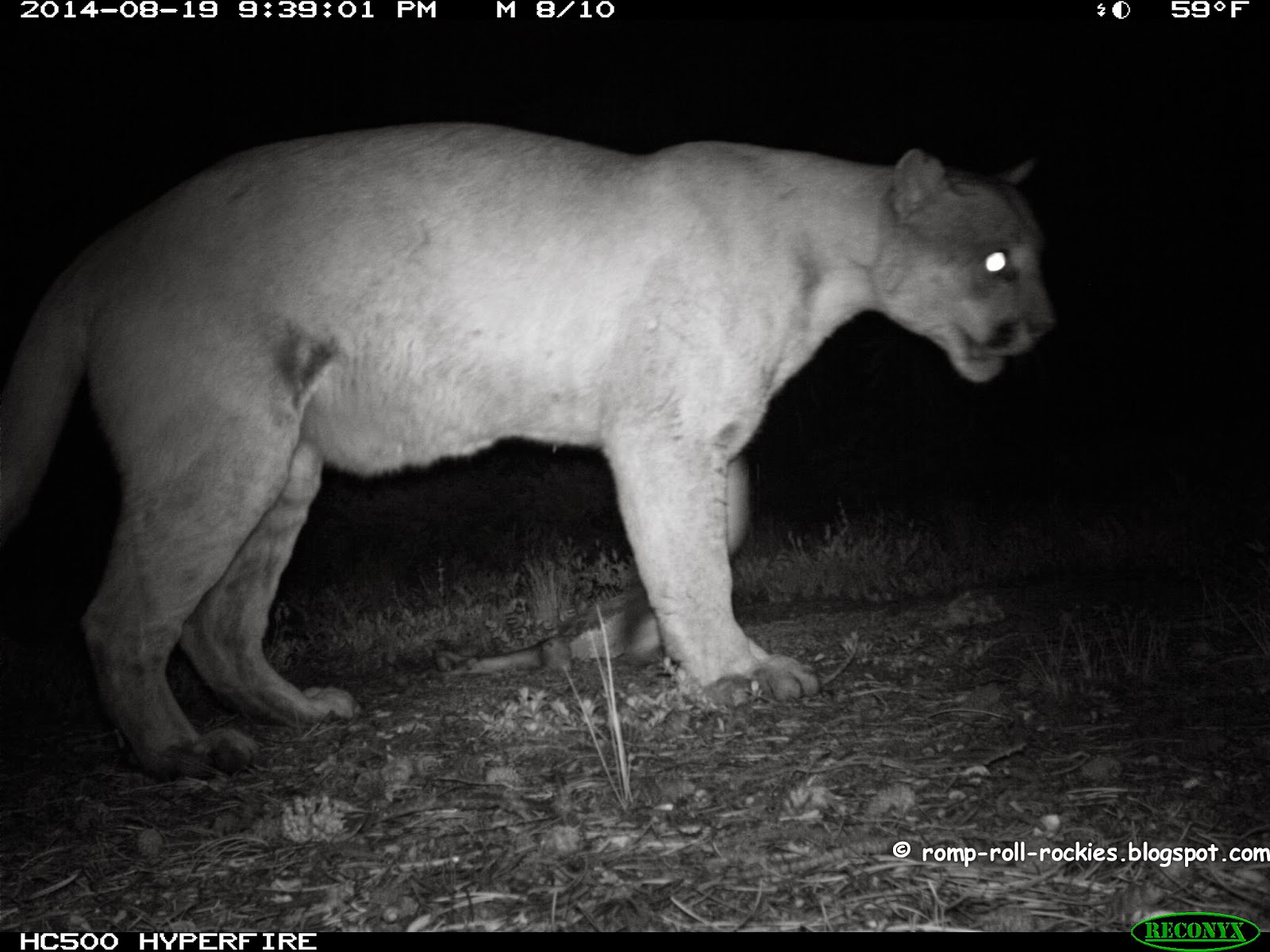 Just a few minutes later, he arrived at another spot that mountain lions love to mark. Over the years, I've gotten footage of many lions scraping the ground and urinating here. He didn't stay long but he left his own big "scrape" just outside the view of the camera. He's a strong specimen! 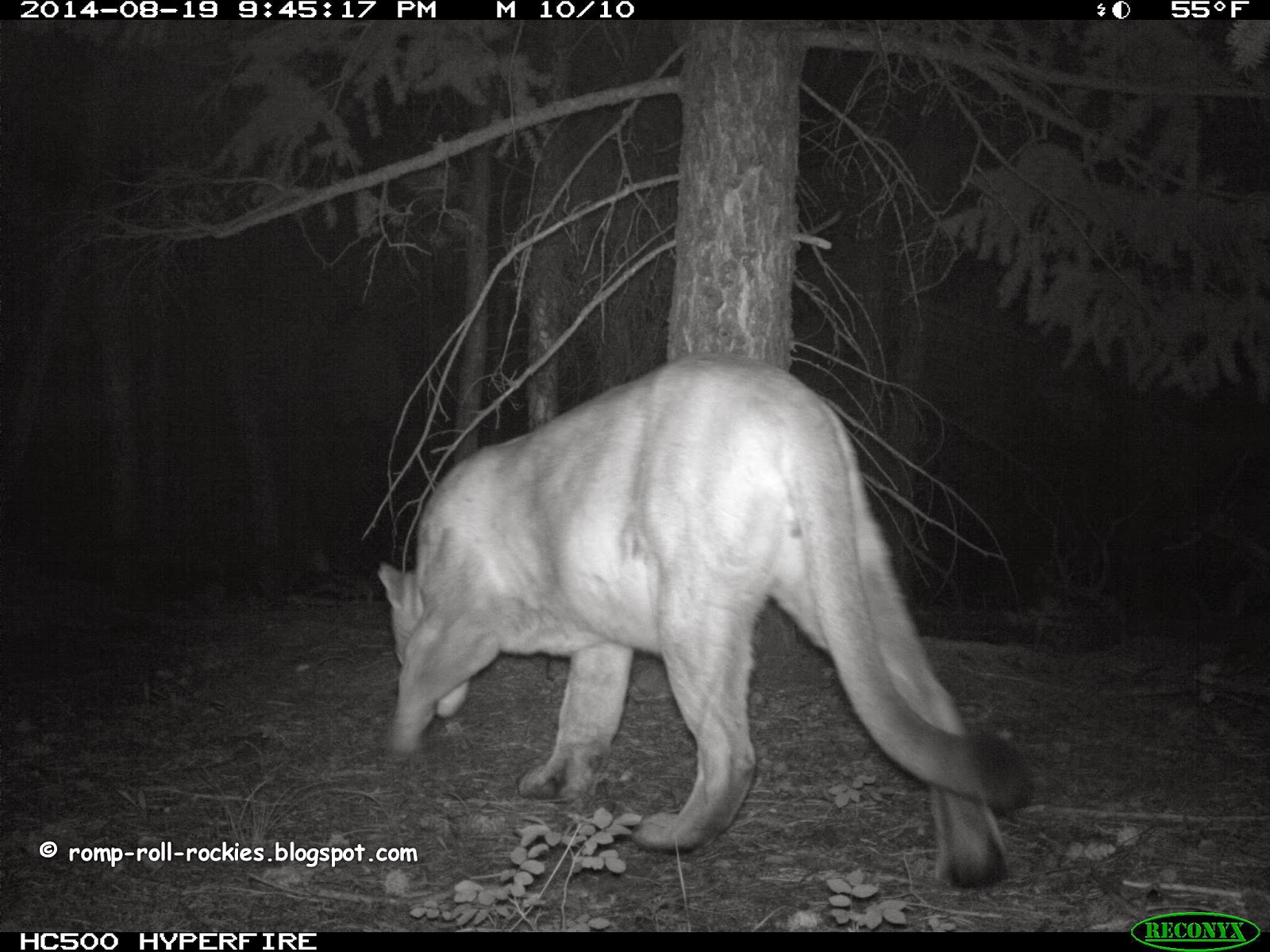 Meanwhile, we were camped high in the Rocky Mountains. At the same time as that mountain lion was making his rounds, I had my regular camera on a tripod, and it was taking many exposures of the stars. I layered them together so that we could see the stars' paths.

The stars spun around the North Star. You can see the bright lights of a town below us. 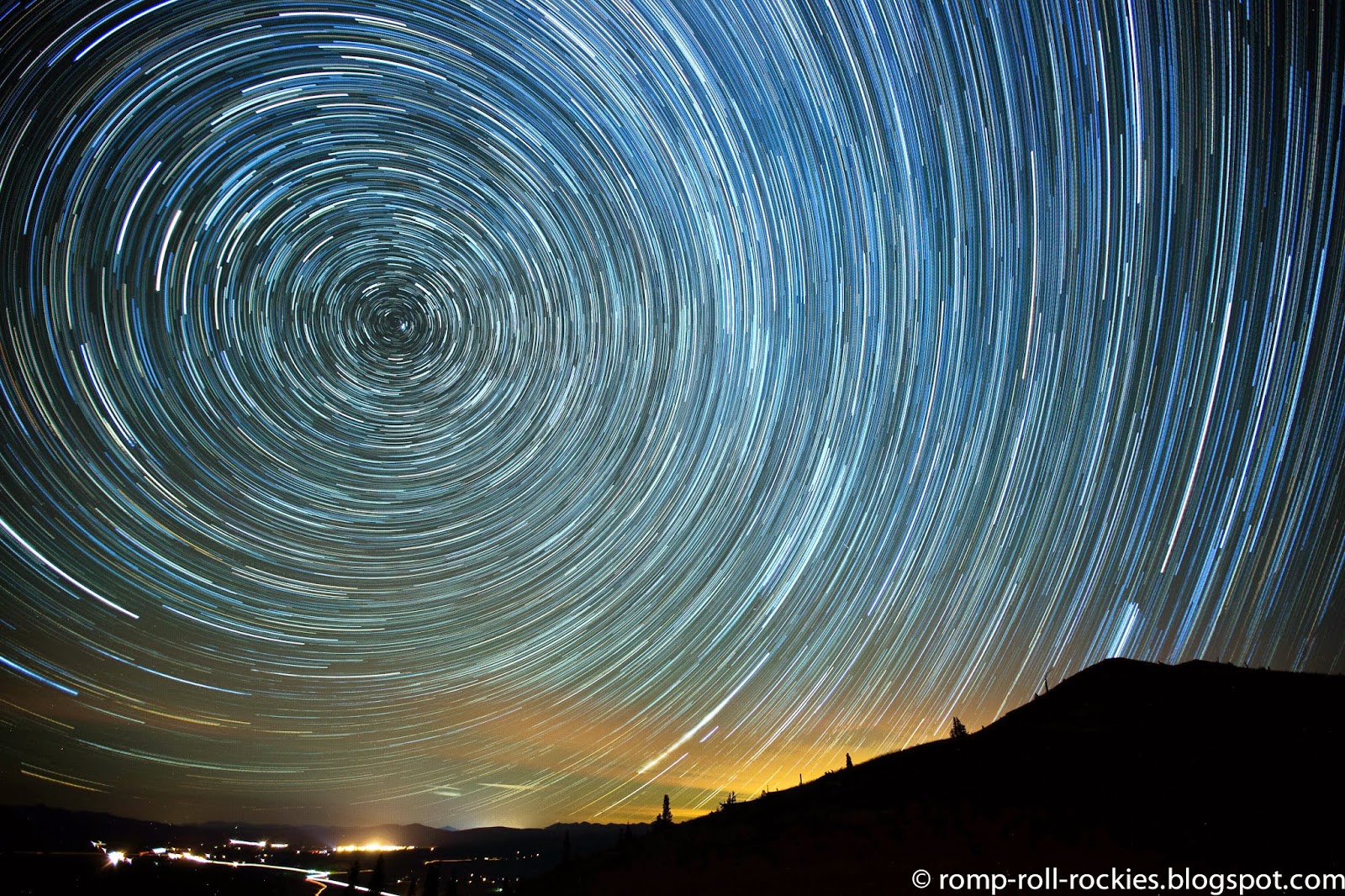 The mountain lion didn't see the town lights but he saw the same stars as we did!
Posted by KB at 4:00 PM