I've had some time with the Labraduo together this week, and it's been fun. They are such good friends. R is at the point where he can't do damage to the hardware inside his surgical elbow so I can let him play with his sister. We still have to be a bit careful because his surgical limb is still weaker than his other limbs. 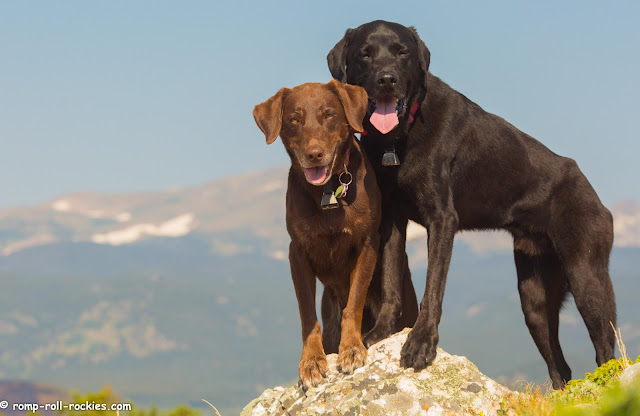 The only downer was that R's limp returned almost immediately when we arrived home from our trip to Crested Butte. Our vet says that he was likely hiding his limp in CB because he was so excited by all the fun that we were having. She says (and we knew this prior to the surgery) that dogs who have had CUE surgery often continue to limp for months and months after the surgery. The one year mark is when the limp is almost always gone. That extremely long recovery time is why they scanned R's entire body for signs of cancer before we embarked on this journey.

We went to the vet for a rehab session on Friday, and she's so impressed with how much more muscle R has developed in his left front (surgical) limb in the past month or so. I am in the midst of making a video of his exercises from the past 3 weeks before we start our new regimen on Monday. The rehab exercises may never end :) 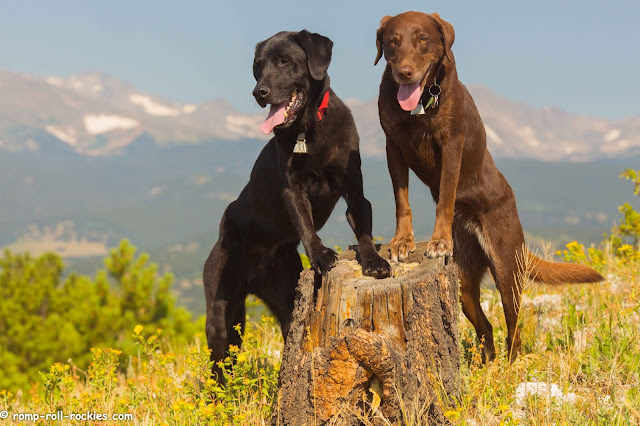 Actually, although I do complain sometimes about how long the exercises take, I truly enjoy training R to do them. He's a fast learner although his boredom and frustration threshold is very low. That means that I need to keep him entertained by constantly changing up the routine! It's fun for both of us.