Thanks to all of you for your kind comments about yesterday's unfortunate incident. It appears that the sheriff's department isn't planning to follow up on it, and now the evidence is gone. So, we have to tackle the larger problem - the destructive vagrants who are inhabiting our forests. I'm okay - although I've been in a terrible mood ever since it happened.

For today, I want to show you a video of R's rehabilitation from his CUE surgery 16 weeks ago. I don't show his gait in the video because it is so variable. It can look perfect, and it can look like he has a huge limp. Usually, he looks really good in the morning, and his limp gets worse as the day goes on. Our vet says that pattern suggests that muscle fatigue is one reason for the limp.

I still work with him for a long time every day on a series of exercises to strengthen the muscles in his left forelimb (the limb that had surgery). The exercises are getting pretty advanced so I am thankful that I've learned how to clicker train a dog. It's made these exercises possible!!!

My favorite exercise is the first one on the video. He crawls under a long train of chairs to get to a handful of kibble that I placed under the last chair. Then he crawls backward to the start of the train, and he gets a jackpot of treats from me there. We started this exercise with just one chair, and I've added about a chair per week! The hardest part is the "reverse crawling" because he's tempted to bail out from the side of the chairs.

You'll notice in the video that he vocalizes in way that sounds like a growl at times. He makes that noise when an exercise is either physically or mentally hard for him. It's not a growl at me!!!


Although the amount of time I spend rehabbing him sometimes weighs on me, I have truly loved teaching him how to do all these exercises. He and I have become closer through this training process because we both enjoy it. I also love seeing the fruits of our labor when he can run beautifully like in this photo from a couple of weeks ago. 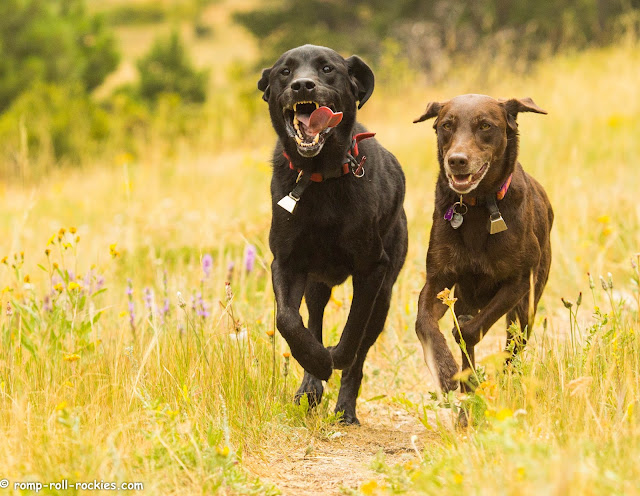 The exercises in the video were for weeks 12-16. Now we are starting new ones, mainly focusing on side-to-side strength and dexterity. He now has a wobble board. I'm training him to balance it by clicking and treating whenever he happens to get it balanced. He's already getting the idea, just three days into our training. The next video should be fun!

If anyone ever reads this because you are considering CUE surgery for your dog - realize that you will have to work hard with your dog to help make the surgery a success. R is already much better than before the surgery but he's not 100% yet. The research says he'll reach 100% around a year after the surgery.

The exercises are tiring - this was the look that he gave me when I woke him up from his post-exercise nap. What a soft-eyed and sleepy boy! 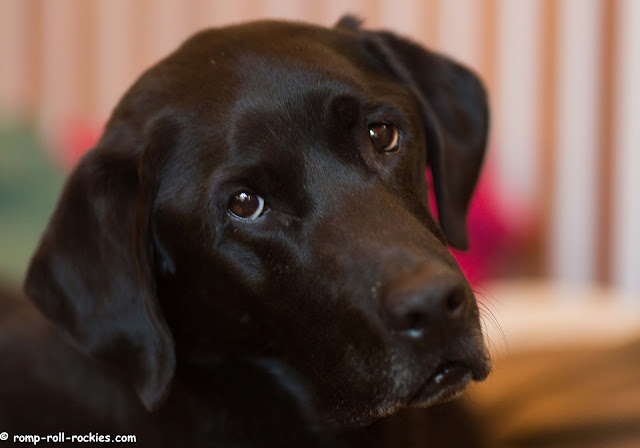 Thanks for watching and reading!
Posted by KB at 6:44 PM