Ode to a Good Dog

Yesterday, I was out by myself for a short fat bike ride, and I came upon a canine friend lying in the snow on a trail. 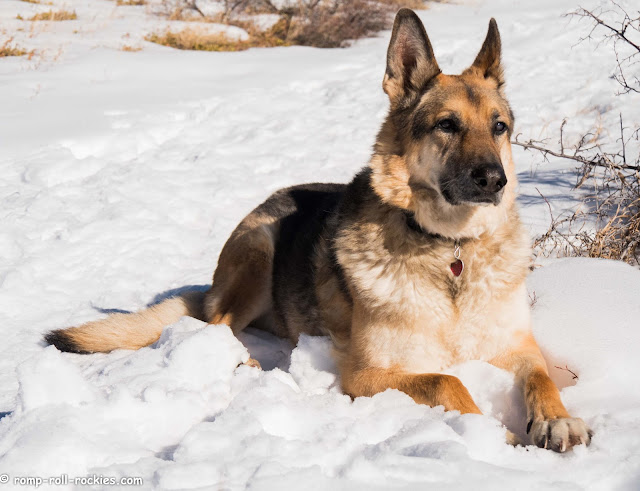 I knew that he'd been suffering from numerous ailments and that his hind end had become very weak. Indeed, he tried to come to me when I got close but he couldn't pick up his hind end. I sat with him, stroking his fur and telling him what a good dog he was. Then, I tried to get cell service to call his human. Of course, there wasn't any service in that spot - there never is when I really need it.

So, I told him that I'd be back very soon, and I started riding toward his house. I could hear him howling and caterwauling behind me. He didn't want to be left alone.

I met his human who was heading out toward him with a big sled to try to bring him home. She said that he'd attempted to follow her on a trail outing without her knowing it. He'd become unable to walk, and the sled seemed like the only way to get him home.

When we got close to her house, the snow-packed trail was canted in a way that scared him, and he managed to get his make-shift muzzle off as he struggled to get off the sled. His human ran home to find a better muzzle, leaving me to sit with him.

I stroked his cheek and told him what a good boy he was. The sun was shining and his fur was warm and silky to my touch. It was a special few minutes. 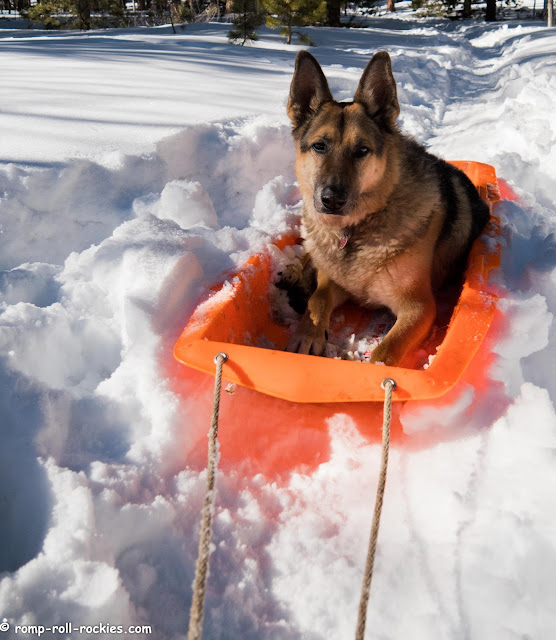 I have always had a special spot in my heart for this gentle dog. He's one of the only dogs on our trail network who Shyla trusted from the start. He'd correct other dogs who were trying to bully Shyla. 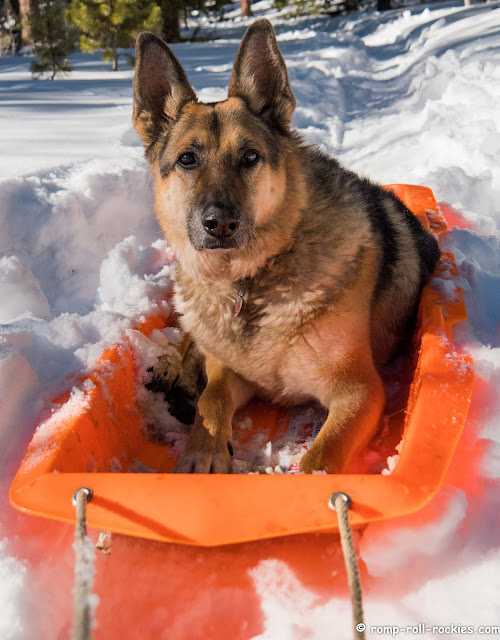 After his human arrived back at the sled, she put a new muzzle in place, and we managed to pull him the last quarter mile to his house.

I had to rush away after getting him home so that I could meet a worker at our house. Now, I wish that I'd said goodbye to my wonderful dog friend. I guess my goodbye was earlier while I stroked him in the sunny spot in the trail.

He died in his sleep yesterday afternoon just hours after we'd hauled him home. He slipped away while lying in the sunshine in his favorite spot next to his barn. 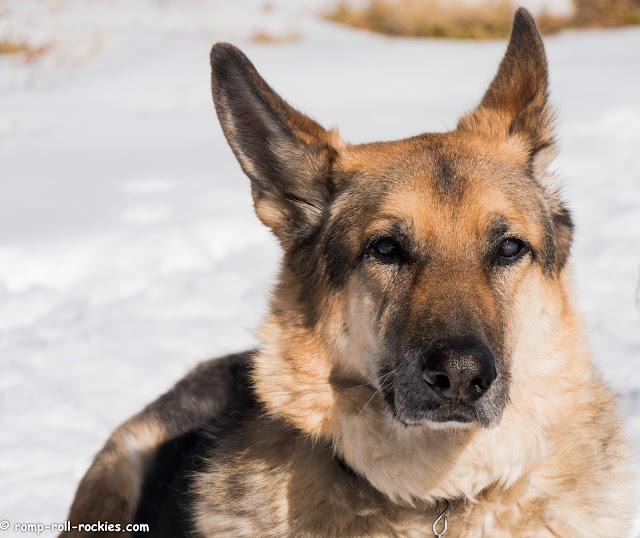 Rest in peace, my friend. Your gentle spirit always warmed my heart. I'll miss you.
Posted by KB at 4:00 AM