Hachi is changing so fast that I can barely keep up. Physically, he's almost doubled in weight since we met him. He seems to be about twice as tall too! But, he still plays like a crazy puppy! 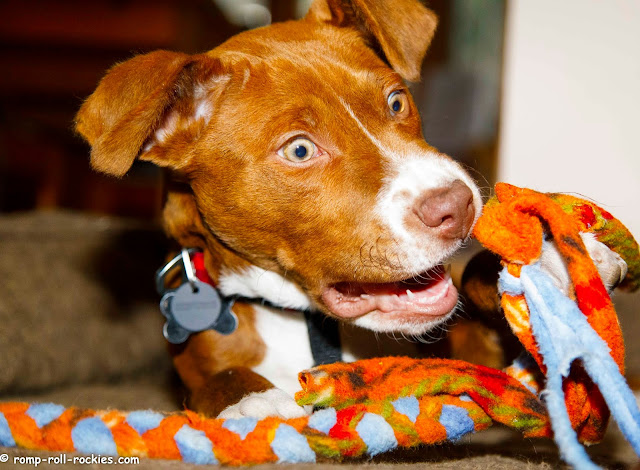 Some of the biggest changes are mental. I've played with him, and injected a bit of training, almost every day since we met him. He's learned an incredible number of words and behaviors. "Sit" and "down" are no longer difficult by themselves. I've begun teaching him to "stay" in those positions.

You'll see him work on a "down-stay" in this video. You'll also see me asking him to "out" the toy, which means that he needs to release it from his mouth.

I like to work on these types of behaviors in the midst of raucous play because it's much harder for him to stay in a down or release a toy or when he's revved up by playing.

Check out the short video! (Excuse my silly outfit in it. I'd just returned from a snow bike ride with Shyla.)