Wild Cat Patrols in a Snowy and Very Cold Winter

When we have real winters, like this snowy and cold one, wildlife activity goes way down. Cats are an exception. Usually, we still have mountain lions following the elk herds. This was the first example of 2019. 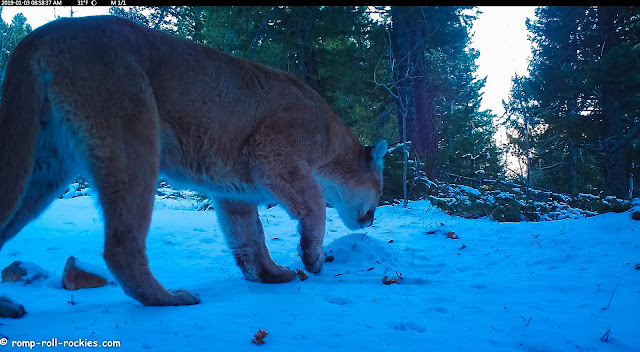 Bobcats frequent the same scent marking spots as mountain lions. Indeed, a bobcat checked out the spot that the lion marked on 1/3/19 the very next day. He sniffed the pile of pine needles left by the mountain lion, and then he rubbed his cheek on the area where the lion had urinated. I usually think of cheek rubbing as being a way for a cat to leave its own scent in a spot. However, it's not so obvious in this case. Was the bobcat trying to mark over top of the mountain lion scent or was he trying to rub some of the lion scent on himself? I don't know.

That bobcat stopped briefly to soak up the sunshine as he departed the marking site. It made a beautiful sunlit portrait. 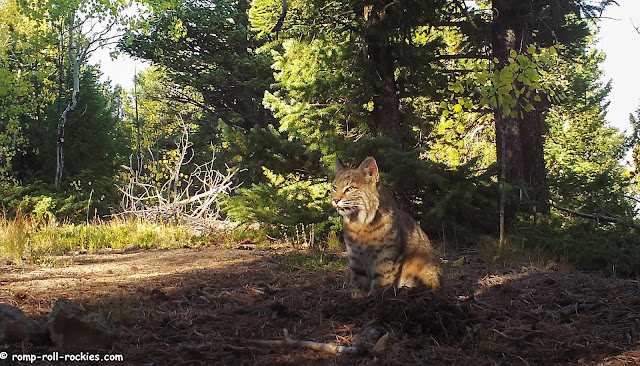 Then there was a month's wait before the next mountain lion came through our neck of the woods. That felt like a long time because I'd heard that a mountain had been shot to death by a resident. I wondered if it was one of the lions who I follow with my cams. I still don't know the answer for sure because the most recent lion did not follow exactly the same route as our usual lions follow. I need to keep watching for a while longer before I'll know whether our big male lion is still alive.

The one who was shot had preyed upon some goats multiple times this winter. The goat owner confronted the lion, and the lion lost his life. My biggest question is, why didn't the owner do something to make his goats inaccessible to prevent the lion having to pay the ultimate price? I don't know the answer... but I also don't know all the details.

In any case, a lion finally came through in early February. He marked at one of the usual mountain lion scent posts but skipped others that most of our lions visit. I'm uncertain about whether he was one of our long-term locals or not. 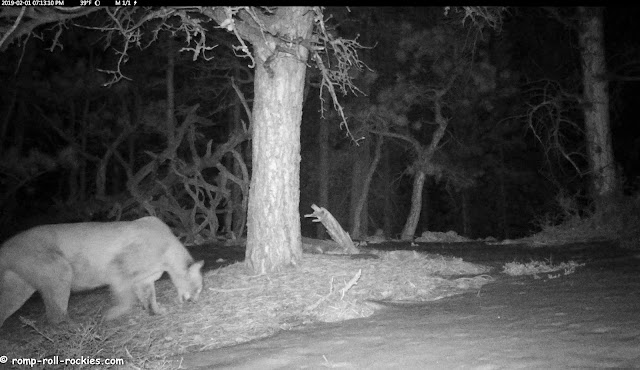 Here is a video showing the marking by mountain lions as well as the sniffing and marking by bobcats. I find it to be so cool to see huge lions and little bobcats marking in the same spots.