Hachi is getting older but he still loves his puppy classes. In fact, he's still learning from his classes really fast. He was a little fearful and prone to blowing up early in his days in puppy class. In particular, he had trouble when he was the recipient of rough play. He'd quickly escalate to being too rough himself. Then, he'd get a "time out" which means that he was picked up and given a few minutes to calm down. 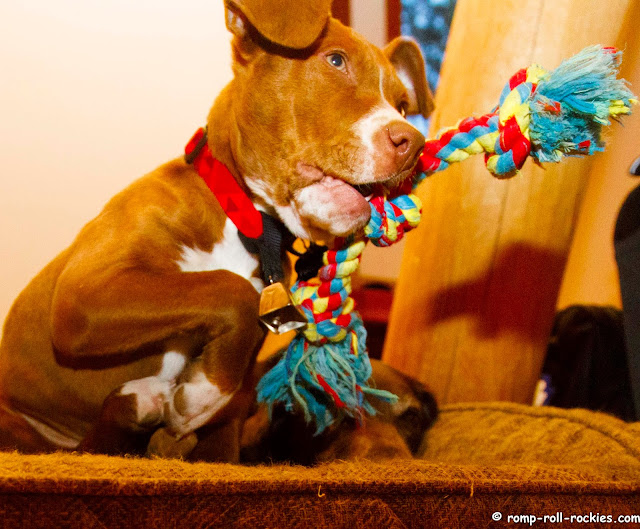 Over the past week, he has not been given any "time outs" by his teachers in his puppy classes. He's learned to remove himself from the action when he's starting to feel overwhelmed. In the class in the video below, he'd go under the folding chairs or come sit next to us when he needed a break. It is so gratifying to see how much his interactions have improved.

Puppy classes are not just for fun (and they are FUN)! They teach a puppy skills for reading other dogs and for coping with a lot of other dogs and people. I have a video from his most recent puppy class (he goes to 3 per week). Notice the number of people milling around and the number of puppies who Hachi played with. You can see only a third of the room in the video. It might seem chaotic but it's actually very closely supervised by the teachers who are making sure that the puppies are playing nicely.

Check out the video - it's fun! We have only a few more weeks of puppy classes so this fun phase will be coming to a close all too fast.