Moose are not calm and docile creatures. Adding them to our ecosystem has been a huge change. They certainly have raised the ante for anyone exploring the forest.

Their craziness is apparent all year long but it's most obvious during mating season. Last fall, my cam captured a group of four moose who had breeding on their minds. The group consisted of a cow moose and her older calf, plus two bull moose. Here's the calf in the foreground and mom in the background. 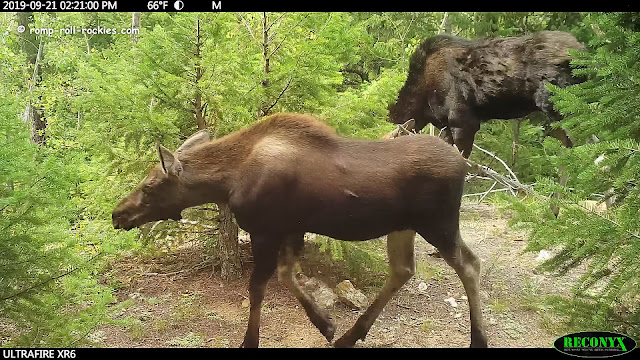 The smaller bull took an interest in the calf. 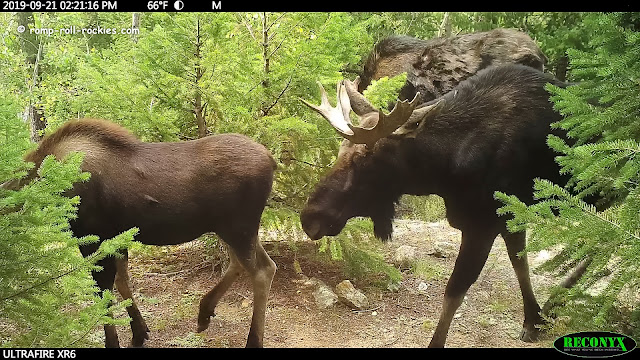 Then, he decided to try to breed her. Mom didn't seem to have noticed yet. 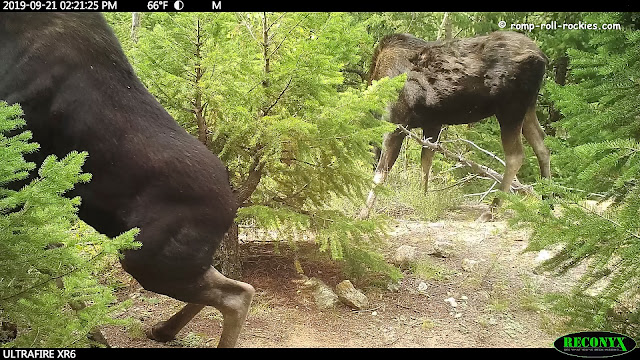 But mom noticed soon, and moved fast in the direction of her calf. 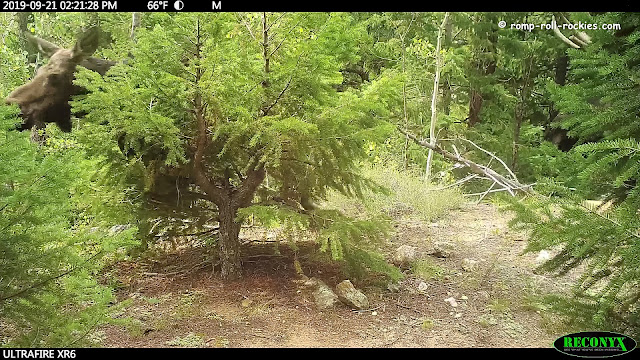 For some reason, the bigger bull followed the action. I don't know what happened after he exited the view of the camera. 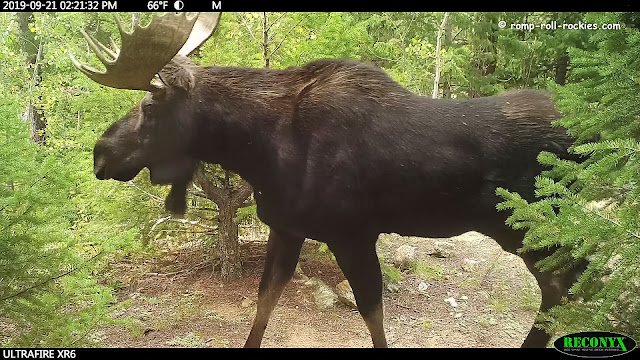 About two months later, a cam captured a trio of bulls who were lazily sparring. The clanks of their antlers hitting were loud! It was fun to see the relaxed demeaners of the bulls after mating season had ended.

I put together a short video of these two scenes that I hope that you enjoy.