Four years ago, my trail cam was witnessing a winter miracle deep in our forest. I'd stumbled upon a bear den back in 2010, and a bear sow had occupied it starting in the fall of 2015. She spent the start of the winter quietly inside the den, not venturing outside for months.

Then, in late January, she had a burst of activity, taking a couple of little walks just outside the den in one day. That night, she never really settled down. My cam captured her looking around and moving restlessly in the darkness. 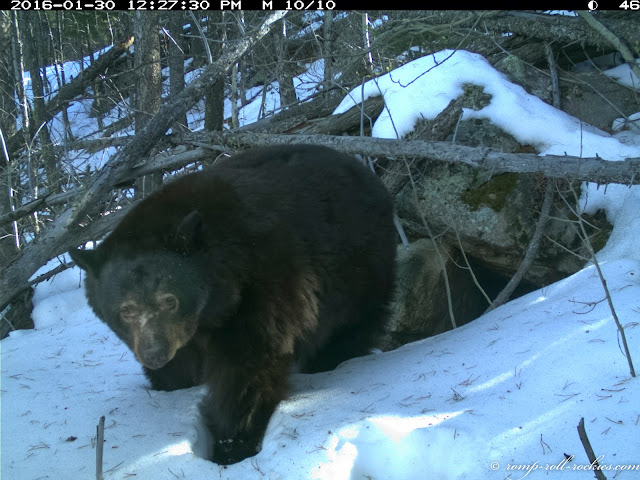 The next morning, the reason for her restlessness became obvious. Two cubs were bawling inside the den! They'd been born overnight.

I want to share that video - because it was one of the more inspiring ones that I've captured. I still have a cam at the den but the den is empty this year. So far, bears have occupied it twice since I found it, in 2009-10 and 2015-16. I am hoping for occupant in upcoming years.