What a weird week since the last Hachi Chronicle. Hachi loves social distancing, which involves being able to go in the forest all by ourselves.

A few weeks ago, someone asked what Hachi looks like when he's relaxed and playful. We get to see his "Happy Hachi" look while he plays with his sister. 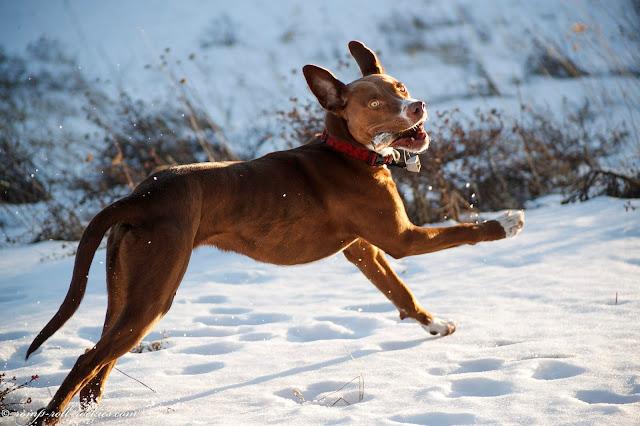 Soon after I took the photo above, a huge storm bore down on us. We got 2' of snow. 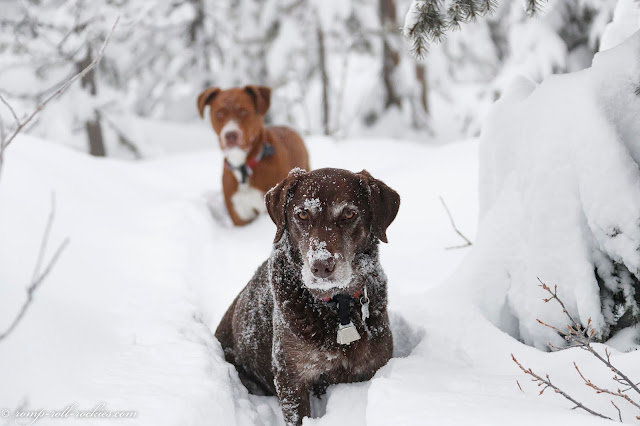 Hachi and his sister had a blast together plowing through the snow. 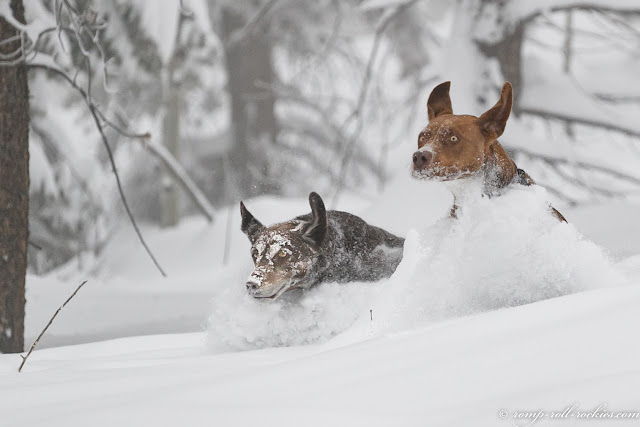 Prancing through the snow! 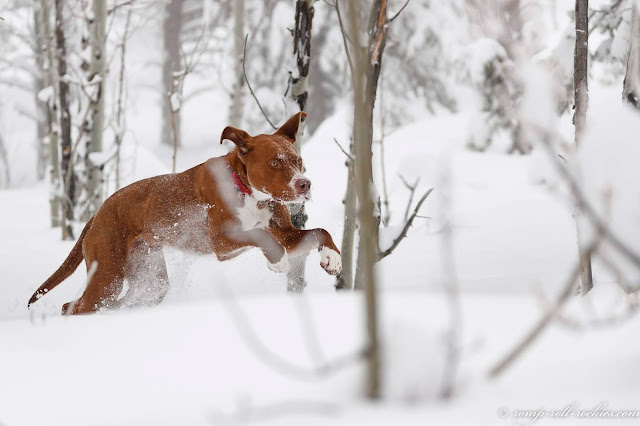 He and his sister searched for places where the snow wasn't so deep. One place was on our driveway, where they had a wonderful time playing the day after the storm. 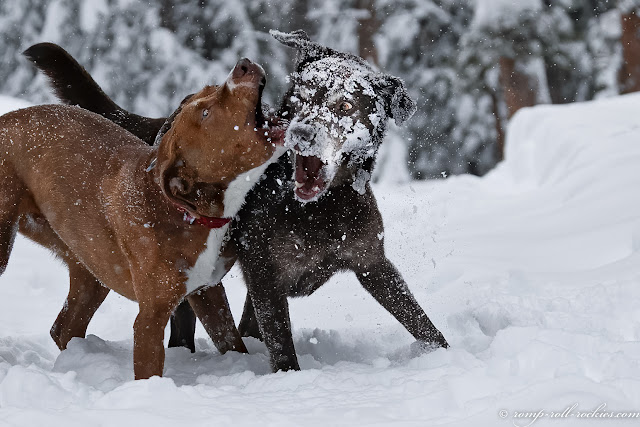 We continued with counterconditioning to help Hachi with his fear of nail clipping. He's doing really well. I clipped all of his nails over the past week. A big step forward! Along the way, we realized that other "handling" is an issue for him, like us trying to reposition him on a bed for easier nail clipping. He snarled at me once for that type of handling so we'll be working on that too in the coming week.

Loving Hachi has taught me a lot of empathy. He is afraid, and that is what leads to his bad reactions like when I tried to reposition him for nail clipping. Rather than feeling angry at him, I feel even more determined to help him with his fears.